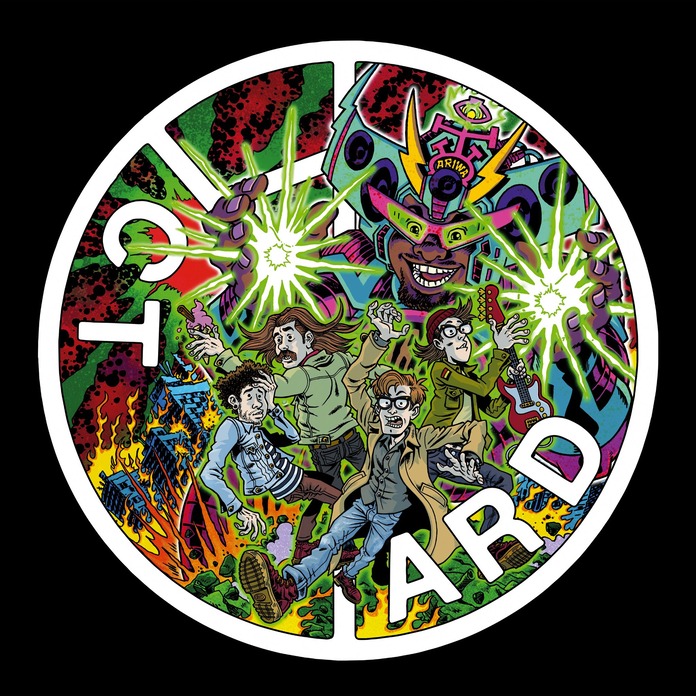 The Overdub Available Now on Exclusive Vinyl via Rough Trade

English post-punk band Yard Act have released a dub version of their debut album, The Overload, which was created by dub producer Mad Professor. The album, entitled The Overdub, is out now on exclusive vinyl via Rough Trade.

Frontman James Smith states in a press release: “Back when I first moved to Leeds and discovered Jumbo records, I used to treat myself to a record with my student loan once every two or three weeks (bloody students, scrounging bastards). Jumbo always had (and still does have) an excellent dub/reggae selection, and actually released reggae records on its own ‘Jumbo label’ imprint back in the ’70s (how ace is that!?).

“I had a grounding in reggae from my dad who’d turned me onto the likes of Burning Spear and Linton Kwesi Johnson, but didn’t really know much about dub music beyond a Bob Marley record produced by Lee ‘Scratch’ Perry he’d given me called ‘African Herbsman.’ I started dabbling in dub off the back of that. After a few choice ‘Scratch’ cuts and King Tubby best of, I bought the Jah Shaka meets Mad Professor record in Jumbo purely because I liked the artwork and because I thought the name was cool. What a purchase. I’ve been a fan ever since. From his work with Lee Scratch Perry through U-Roy and of course not forgetting his masterful reinterpretation of Massive Attack’s ‘Protection.’ The Mad Prof truly is a living legend and it is an absolute honor to have had him stick his dubby fingers all over The Overload.

“We’re such a vocal heavy band by trade, so it’s really ace to hear his reimaginings of the tracks largely stripped of that. His bass heavy mixes, for me, are a gorgeous reminder of what supports my ramblings, a reminder of the man I made them with, the backbone of this band, and the genesis of all these musical ideas that started off our adventure together. These mixes pay tribute to the man with four strings, those low end things, Mr. Ryan Needham, and whenever I hear this record, not only will I be reminded of the Mad Professor’s greatness, but of our Ry’s as well. NOW GO BLOW SOME SPEAKERS!”

Mad Professor adds: “The Overdub is the natural title. When presented with the project, I thought to treat it in the most creative way possible, working with Joe Ariwa, Black Steel, and Horseman. Naturally with such a team, the overdubs came before the dubs!!!”

Read our recent print magazine interview with Yard Act on The Overload.

Read our rave 9/10 review of The Overload.