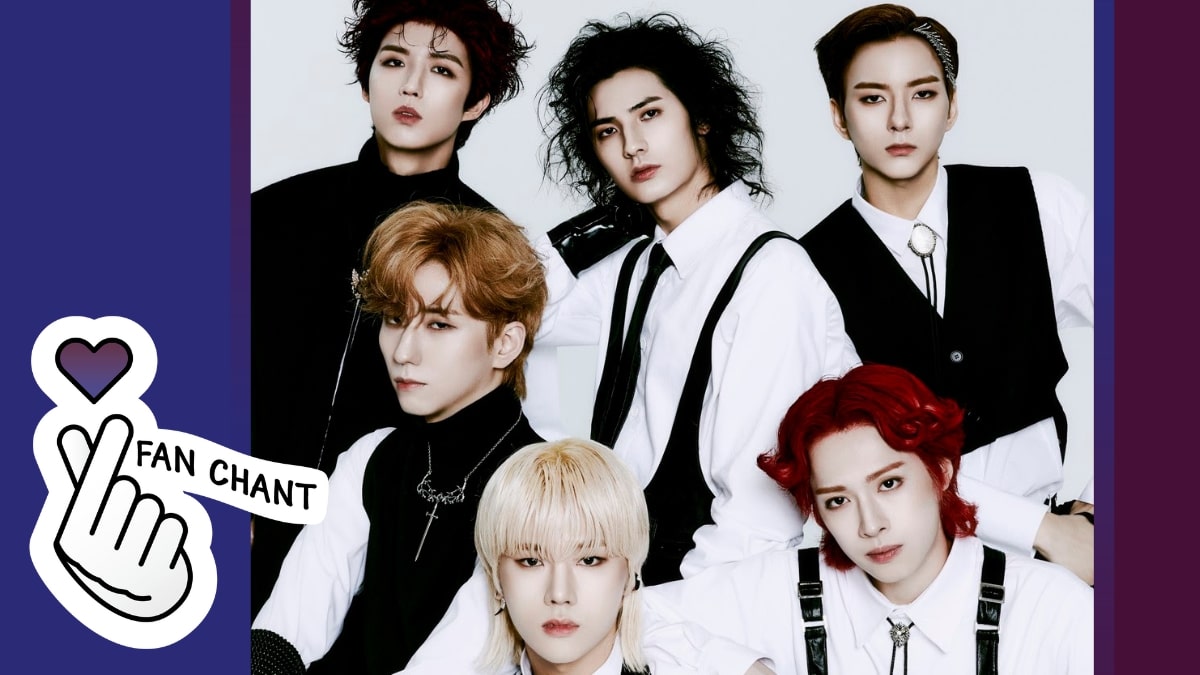 “If you rig a rigged system, are you a villain or a hero?” asks Gun-il, the group leader and drummer of Xdinary Heroes. The six-piece act out of JYP Entertainment, made up of Gun-il, Jungsu, Gaon, O.de, Jun Han, and Jooyeon, debuted in late 2021 with a rock single, “Happy Death Day,” that immediately made it clear that the group wasn’t operating within the typical scope K-pop.

While their group name is meant to encourage the idea that anyone can become a hero, they’re just as interested in the other side of the coin — while not entering their villain era, necessarily, that balance between good and evil in the hero’s journey is a major focus for them. This is particularly true of the themes in their new EP, Overload, which is now available.

For anyone new to Xdinary Heroes, it’s not just the concepts or their sound that make them stand out — they’re a true band who write their own music and play their own instruments. Gun-il studied drums at Berklee; Jungsu is on keyboard and acts as the group’s lead vocalist, while Gaon and Jun Han provide guitar, O.de the synthesizer, and Jooyeon the bass. In other words, these guys are the real deal.

I connected with Xdinary Heroes to chat about the ridiculously fun new EP, places they’ve been finding inspiration as creatives lately, and their instrumental work as of late. Read the full chat with all the members and find the dynamic music video for their latest single, “Hair Cut,” below.

What kind of themes do you think run strongest through this album?

Gun-il: There are many themes in this album. For me, fighting with one’s fear and anxiety is the main theme.

Jungsu: I think it’s “the fight against inner anxiety.” This album shows the process of struggling with one’s position or confidence and fighting against those issues. Although each song has a different theme, it would be good if you focus on the story line with similar messages.

Gaon: Our first album dealt with external pressure and conflict, but this album focuses on conflicts that arise inside. I think that the most powerful and terrifying opponent in the world is my own self. Thus, the key points are the feelings of fighting with yourself and the story of how to unravel those emotions.

O.de: The main theme of this album is “ARE YOU A VILLAIN OR HERO?”, a slogan written in our spoiler images. It’s the core message that this album talks about, and it’s related to the story that we’re going to convey.

Jun Han: Just like the album’s name, we tried to express the complicated feelings of facing the villain side within us.

Jooyeon: I think it’s the strong desire to cut off the growing distrust, worries, and bad hearts within oneself.

Do each of you have a favorite track on the album?

Gun-il: All six songs are my favorite but if I had to choose only one, I’d choose “Hair Cut” as my favorite among the songs.

Jungsu: My favorite is “Zzz..” I think it’s the only song in this album that shows the cheerful and playful side of Xdinary Heroes. It also has a brighter mood compared to other songs, so I think it’ll be easy to listen to.

Gaon: My favorite is “X-MAS.” It’s very catchy and has a lot of killing parts that you can sing along to. I tend to hum without realizing it.

O.de: My favorite is “Crack in the mirror,” which I’m looking forward to performing live.

Jun Han: My favorite is “X-MAS.” I like the overall mood of the song, and I especially like the verse at the beginning.

Jooyeon: Mine is “Ghost.” I find the dark melodies and top line with falsetto very attractive.