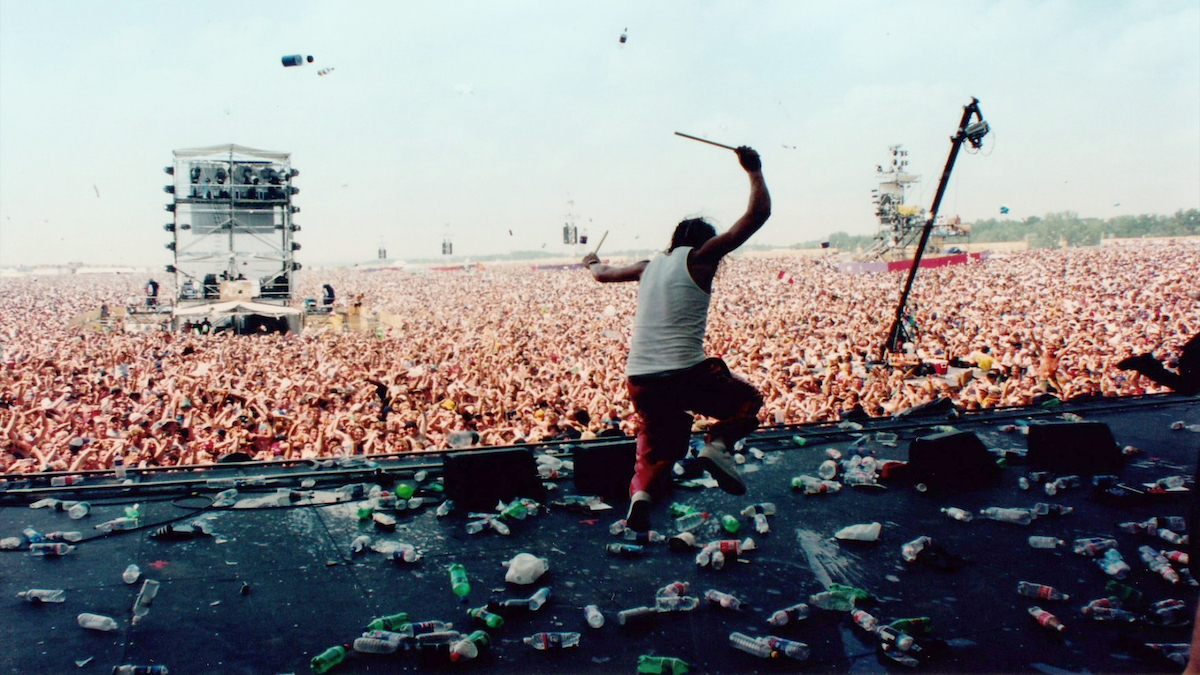 Woodstock ’99 infamously failed to emulate the three days of peace, love, and music that the original festival embodied 30 years prior. The new Netflix docuseries Clusterfuck: Woodstock ’99 attempts to uncover why, and its first trailer is out now.

Combining real footage from the event with interviews with the artists who performed, Clusterfuck retraces the fires and riots that destroyed Woodstock ’99 in three 45-minute episodes. Mounds of garbage and overturned cars litter the series’ trailer, as artists like Jewel recall the festival’s turbulent energy. “It felt like a crowd that could turn at any time,” the singer-songwriter says.

Other eyewitnesses attribute the toxicity of the event — which was marred by vandalism and sexual assault — to “male ego,” a lack of security, and promotor greed. “When you see it with your own eyes,” Korn’s Jonathan Davis says, “it is just 10 times more shocking.”

Watch the trailer for Clusterfuck: Woodstock ’99 below. The docuseries, which premieres August 3rd, was directed by Jamie Crawford and executive produced by Tom Pearson, Tim Wardle, William Swann, Casey Feldman, and Amani Duncan.

Ahgase Asks GOT7’s BamBam To Stop Blowing Up Their Phone With Notifications, But He Doesn’t Listen

Just last year, HBO Max took its own stab at telling the Woodstock ’99 story with a documentary by Garret Price. Revisit our review of that film here, then read our interview with the director.

BTS are releasing a cookbook of members’ personal recipes