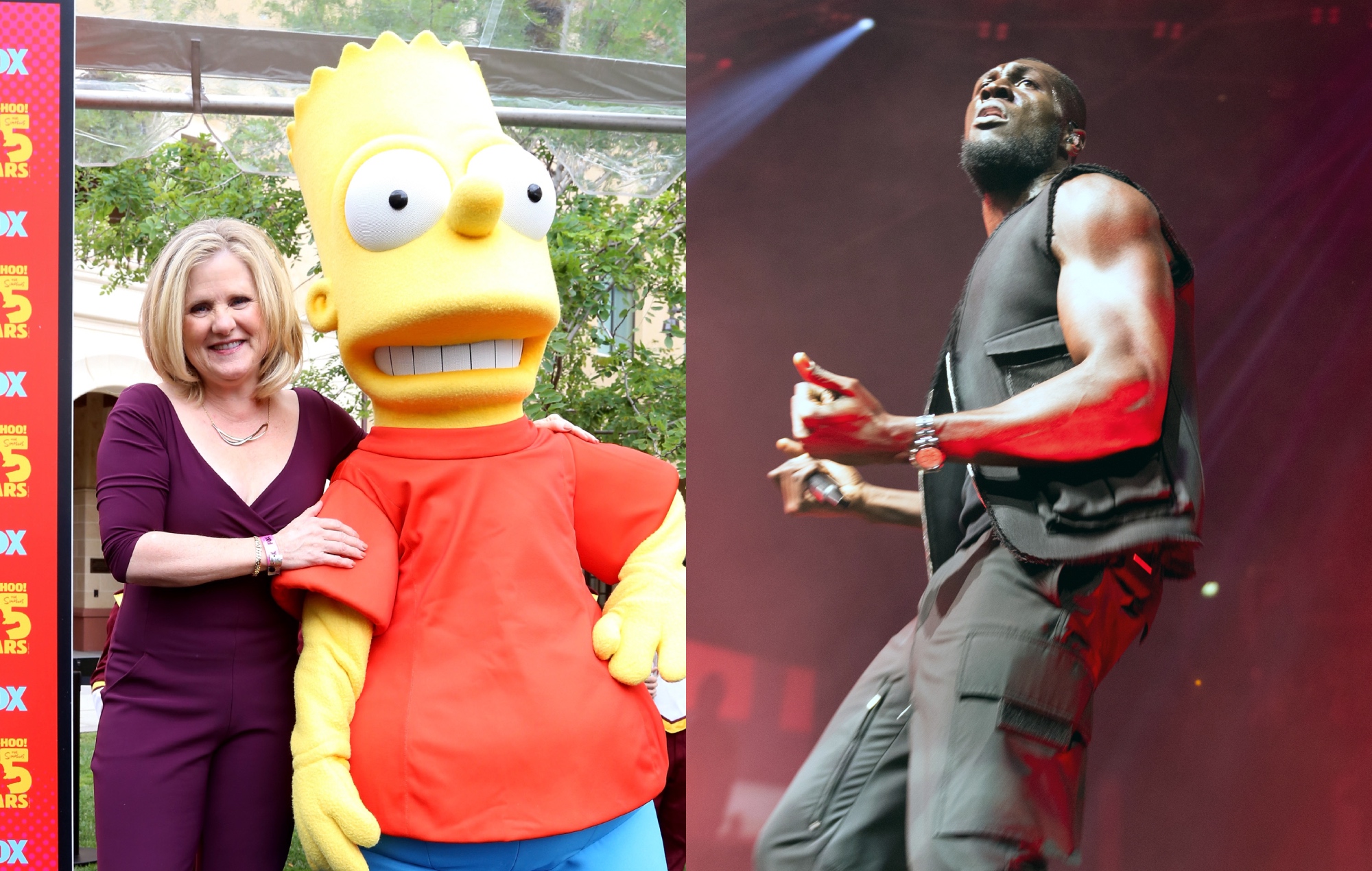 The Simpsons star Nancy Cartwright has shared footage of the moment she met Stormzy.

Cartwright, who voices Bart Simpson in the long-running cartoon, attended one of Ed Sheeran‘s recent shows at Wembley Stadium in London after being introduced to the ‘=’ star on a radio show last summer.

The actor has since uploaded a video to Instagram, titled ‘When Stormzy Met Bart Simpson’. In it, we see Cartwright and Stormzy embrace backstage before the rapper says: “You’re a legend.” He enthusiastically adds: “I need a picture!”

Stormzy and Ed Sheeran are good friends and have worked together on numerous occasions, including on 2019’s ‘Take Me Back To London’. The song appeared on the latter artist’s album ‘No. 6 Collaborations Project’.

Following a run of UK and Ireland gigs, Sheeran is currently on the European leg of his ‘+–=÷x Tour’.

Meanwhile, Stormzy is due to release his third studio album at some point this year. The as-yet-untitled record will follow on from 2019’s acclaimed ‘Heavy Is The Head’.

He wrapped up the UK and Ireland leg of his ‘H.I.T.H World Tour’ back in April.

Louis Theroux joined Stormzy out on the road for the first episode of his upcoming BBC series, The Louis Theroux Interviews. The filmmaker documented an “in-depth and personally revealing encounter” with the artist for the new show.

Watch: IRON MAIDEN Performs In Budapest During ‘Legacy Of The Beast’ 2022 Tour

CHRISTOPHE SZPAJDEL, Lord Of The Logos, Breaks Down Five Of His Most Iconic Works