Fan-filmed video of QUEENSRŸCHE‘s September 4 performance at the Pain In The Grass festival at White River Amphitheatre in Auburn, Washington can be seen below.

QUEENSRŸCHE will release its sixteenth studio album, “Digital Noise Alliance”, on October 7 via Century Media. The record was once again helmed by Chris “Zeuss” Harris, who previously worked with QUEENSRŸCHE on 2015’s “Condition Hüman” and 2019’s “The Verdict” LPs.

Regarding the songwriting process for “Digital Noise Alliance”, Wilton said: “I was living in Seattle at the time, and when you’re isolated like that, it does weird things to your head space. I talked to Todd [La Torre, vocals] and mentioned that in all that time I had been writing lots of little riffs on the guitar. So, I went and visited Todd in Florida in late January of 2021. I had no idea he had also invited producer Zeuss to come down from Massachusetts, as I hadn’t brought along any guitars with me. I was just going to go hang out with Todd in Florida. But we then made a conscious decision between all of us that this album’s process would not be songs being e-mailed to each, waiting for their approval back. This was going to a process where on-the-spot riffage, experimentation, improvisation and seeing what sticks was the way we wanted it made. So, I’d come up with a riff and Zeuss would record it and Casey [Grillo, drums] would get on the electronic drums and put a drum beat to it, and we’d file it and move onto the next riff and so on. Then we would sit back and listen and if everybody was vibing on what we did during that day, we’d listen to all the parts and imagine where they would sit within a song structure and then kind of put them together from there. Eventually we had about 22 song ideas, and we had to wither that down to about 11 or 12 tunes.”

As for the lyrical themes covered on “Digital Noise Alliance”, Michael said: “A lot of the songs are our perspective on the current unrest in the world, especially in the United States, and whatever the music dictated to us for the lyrics. Todd writes great lyrics, as does Eddie [Jackson, bass], and I wrote some lyrics, too. I think as I said earlier, it’s a full, all-encompassing QUEENSRŸCHE record that I think everyone is going to really enjoy.”

This past March, La Torre told FOX17 Rock & Review about QUEENSRŸCHE‘s upcoming LP: “Each song might have a little different attitude and we wanted to just use real amps and all the vintage, real stuff that was used throughout the history of QUEENSRŸCHE.

“We did all the drums at a place in Clearwater [Florida] — a huge home with the most amazing ceiling for a drum room,” La Torre continued. “So we did all the drums there. And then, really, at my place [in St. Petersburg, Florida], we’re able to track all the guitars, bass and vocals.

“Those days of renting thousand-dollar-a-day studios, we don’t really need that anymore. And our producer Zeuss, who did the last two QUEENSRŸCHE albums — he does all Rob Zombie‘s stuff; he’s a very seasoned producer, [and] he does mixing and mastering, so he’s a one-stop shop — he’s down here from Massachusetts. So he’s handling all those duties. And things are going really well. We’re having a great time.”

Last November, La Torre told Canada’s The Metal Voice about the musical direction of the new QUEENSRŸCHE material: “It doesn’t sound like ‘The Verdict’. It’s its own new kind of thing. We really kind of just focused more on melodic hooks. I don’t think we went in thinking, like, ‘Oh, we need to sound old school or new or this.'”

He continued: “You know what we did on this record… Every other time, each guy would kind of submit their own song ideas and then we would kind of work on that. But what we did on this record was, other than Eddie — Eddie has a couple of songs that are really cool that he wrote and then showed us kind of when they were pretty much done. And then Michael kind of wrote some interesting chords — still staying within the keys and everything. But we all got in a room with our here [in Florida], and we literally started from scratch. Like, ‘Michael, what do you got?’ [And he would] come up with a riff. And Casey would sit on the drums, or I would sit on the drums. We were all actually in a room and just tried it like the good old days. So this record was totally like that — the whole thing pretty much, minus one or two songs. And even that changed a little bit.”

In October, Wilton confirmed that returning guitarist Mike Stone would contribute guitar solos to the band’s next studio album.

Since late May 2021, Stone has been handling second-guitar duties in QUEENSRŸCHE, which announced in July 2021 that longtime guitarist Parker Lundgren was exiting the group to focus on “other business ventures.”

Stone originally joined QUEENSRŸCHE for the 2003 album “Tribe” and stayed with the band for six years before leaving the group.

For the past five and a half years, Grillo has been filling in for QUEENSRŸCHE‘s original drummer Scott Rockenfield, who stepped away from the band’s touring activities in early 2017 to spend time with his young son.

Last October, Rockenfield filed a lawsuit against the band’s fellow original members Wilton and Jackson, alleging, among other things, breach of contract, breach of fiduciary duty and wrongful discharge. 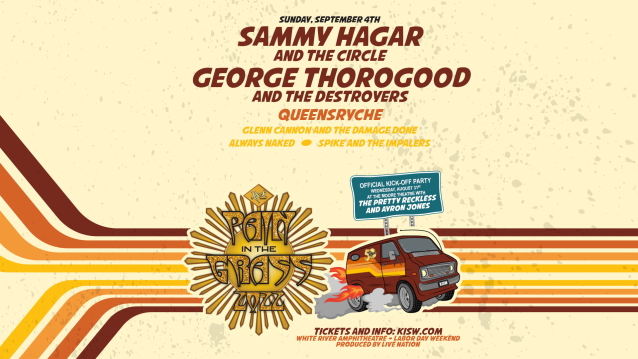