Professionally filmed video of CARCASS‘s entire August 13 performance at the Alcatraz festival in Kortrijk, Belgium can be seen below.

The band’s setlist was as follows:

In an interview with Tinnitus Metal Radio at Alcatraz, CARCASS guitarist Bill Steer was asked how he and his bandmates dealt with the downtime during the coronavirus pandemic. He responded: “I think for once we all agreed on this. It was quite nice when it started, like a really welcome break. ‘Cause it was really hard to draw a line, like when does the ‘Surgical [Steel]’ touring campaign stop and then the new album and that campaign starts? So this forced us to have a break. … But we were sort of grateful for that; it drew a little bit of a line in the sand for us. And then, of course, later on, I can’t remember when, but it started to become more existential and dark and whatever. But the initial few weeks, I was one of the lucky ones; it didn’t really affect me in a bad way. So I was quite happy about it, strangely.”

Last year, Steer‘s bandmate Jeff Walker told AndrewHaug.com that he “enjoyed” the time off during the pandemic. He said: “We’re kind of lucky that we had some reserves in the bank, so we could survive that way. I’m a bit of a squirrel; I always make sure there’s money in the bank to see us through hard times. And luckily, it was enough to tide us over for this period.

“As far as me getting by personally, I’ve just been looking for small joys in life — small things locally or whatever,” he continued. “Living a jetsetting life and having exciting times traveling the world and playing gigs, it’s one extreme to another. I’m just looking for small things to keep me happy and finding solace in the smallest things. I’ve been walking and cycling a lot more. There’s a lot of local history that I never noticed before — railway tracks and lines and really boring stuff, middle-age stuff like that that I’ve kind of got interested in.

“I’ve enjoyed the hiatus, to be honest… We’d been touring for seven years without a break, and it’s been healthy to step back and have a break.”

CARCASS‘s latest album, “Torn Arteries”, was released in September 2021 via Nuclear Blast Records. Drummer Daniel Wilding did session work in Sweden at Studio Gröndahl with David Castillo while guitars were recorded at The Stationhouse with James Atkinson in Leeds, England. Eventually needing some form of residential location to finalize vocals, bass, and other guitarwork, the band headed back to Studio Gröndahl in Sweden to continue work in a very relaxed atmosphere with Castillo. 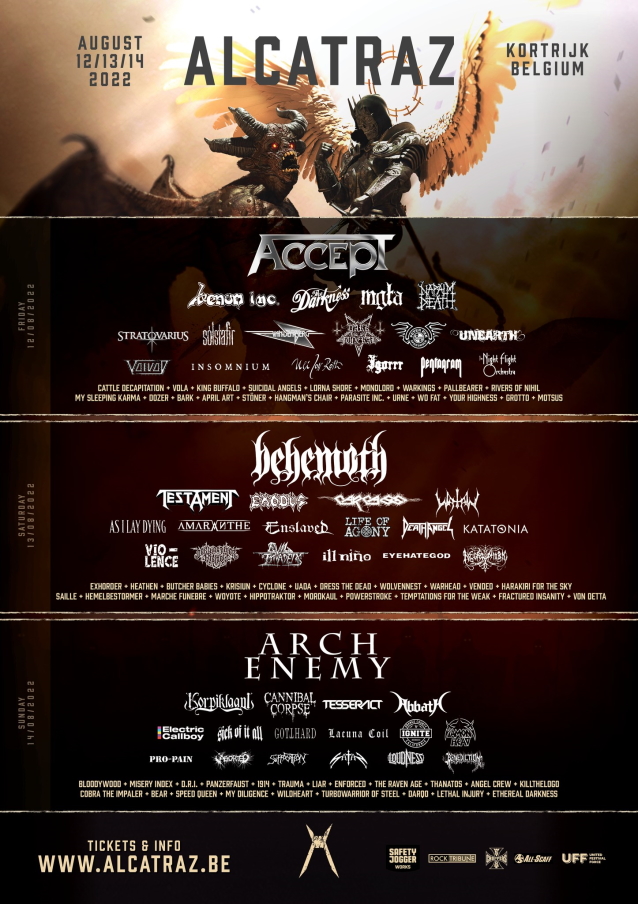