Stemming from an initial idea in 2011, METAL ALLEGIANCE was born as a way to unite a collection of hard rock and heavy metal’s most notable musicians in a setting born under one ideal, a love of music and performing.

Brought together by METAL ALLEGIANCE principal partner Mark Menghi, the project’s original material came together from the creative minds of Portnoy, Skolnick and ex-MEGADETH bassist David Ellefson, alongside Menghi. The four writers then reached out through their metal rolodexes to a diverse lineup of performers, each adding their own personal musical stamp to the songs.

Regarding how the songs on METAL ALLEGIANCE‘s debut album came together, Skolnick told The Rockpit: “For me it all started with [MOTÖRHEAD‘s] MotörBoat [cruise in 2014], that official [METAL ALLEGIANCE] gig, because TESTAMENT was on the ship too and I was brought on board as a special guest for METAL ALLEGIANCE and we just hit if off. A few days later, they mentioned the idea of writing and working on some original tunes and then it just went so well, it happened really fast. And I think while the four of us were writing the tunes — me, Mark, Dave Ellefson and Mike Portnoy — we were discussing certain types of voices but we never specifically decided on a specific voice until after the songs were completed and we had a chance to talk to people that we had in mind to sing them. We played them the song, discussed schedules [and whether this] can even work logistically, and it came together very naturally.”

Back in April 2019, Ellefson said that one of the keys to METAL ALLEGIANCE was writing “really compelling music,” which allows him and his bandmates to be more selective when it comes time to determine which guest vocalists will be singing on their songs. In an interview with Global AZ Media, Ellefson was asked why METAL ALLEGIANCE doesn’t follow the traditional band format and prefers to use guest vocalists instead. He responded: “To just go out and play some cover songs, which we had been doing with METAL MASTERS for a couple of years and the first METAL ALLEGIANCE show, technically that was on the Motörboat cruise, but we’re all original artists and we’re songwriters and we all have record deals and that’s what we’ve grown up knowing as professionals. I think when Mike Portnoy, we go to his house in Pennsylvania and write an album, we were all down for it, meaning the ‘core four.’ That’s what really defines you as an artist, is to write and create together. The fact we come from these different genres — I’m a thrash/rock guy; Skolnick is a jazz/thrash guy; Portnoy is a prog musician and Mark Menghi, we didn’t really know what he was because he was our friend, but he brought in this kind of mid-tempo PANTERA, BLACK SABBATH swagger that really none of the other three of us weren’t doing. It was such a collaboration between us and the fact we wrote really compelling music — first we write songs, then we think about who we want to have singing it. I think we’re doing it the right way, because it’s always about the music and the friendship, then it’s about adding the other people to contribute. This isn’t something where we sit around and go, ‘Wouldn’t it be great if we could get all of these famous guys? Oh yeah, then we need to write some songs.’ I think we do it the right way and the two albums we put out, the two albums and the EP, have really been based on really writing great music and then, from there, getting the right voice. I’ll look at inviting John Bush to sing on the song ‘Bound By Silence’. You get Max Cavalera [SOULFLY] to collaborate with us on ‘Voodoo Of The Godsend’. It’s really about having the right pieces of the fabric, not just having someone who is famous.”

Rehearsals w @metalallegiance went awesome! Can’t wait for the big show tomorrow at @rockinrio! Our lineup for this show is myself, Alex Skolnick & Chuck Billy from Testament, Phil Demmel from Vio-lence, John Bush from Armored Saint & Jack Gibson from Exodus. Its gonna be MASSIVE pic.twitter.com/eoFam1L9je 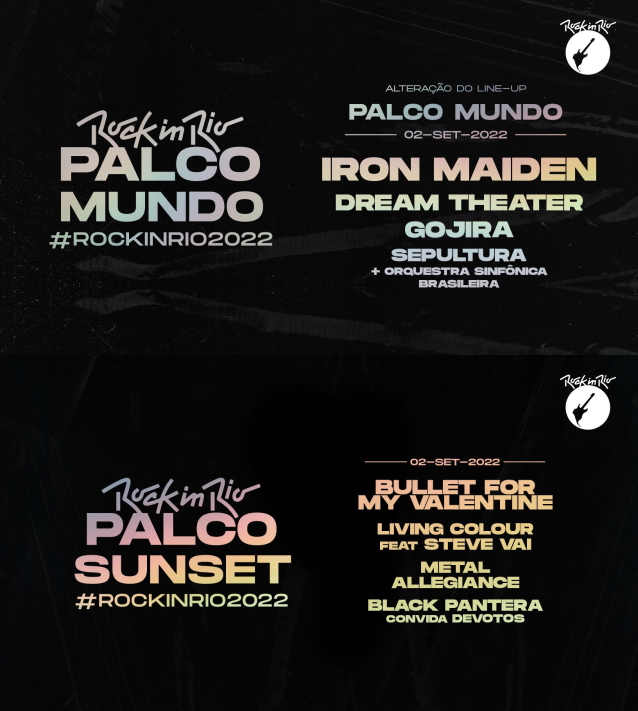