Walmart Gets Back to Basics as Grocery Sales Grow 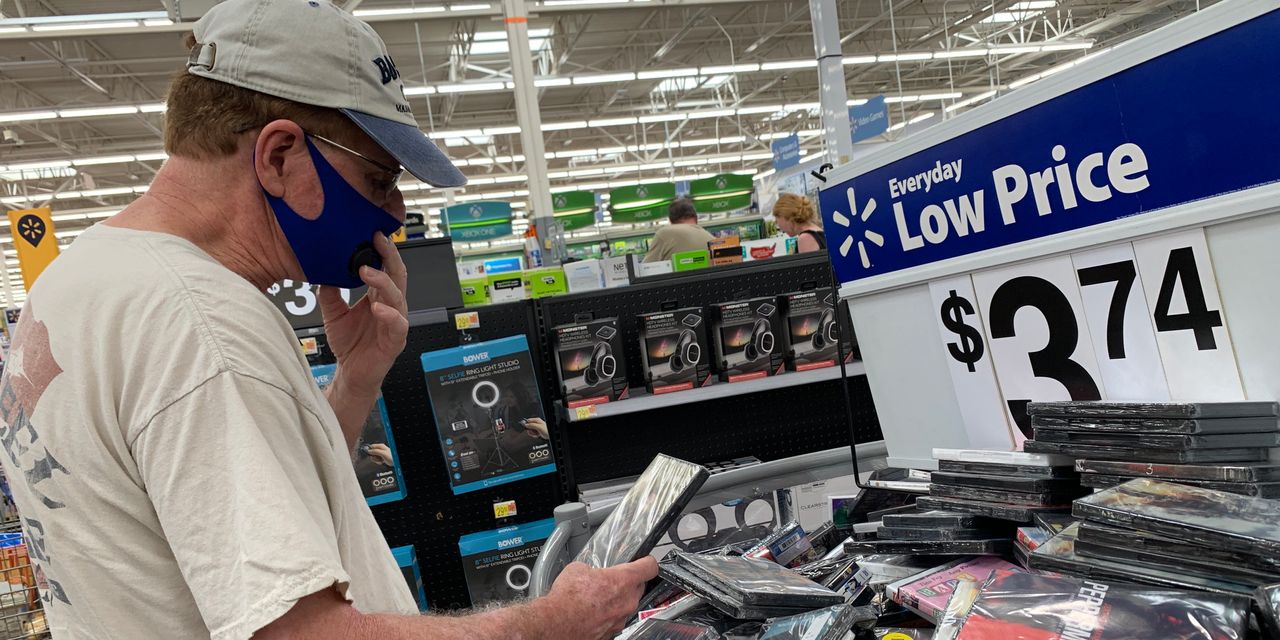 Between competition from Amazon, big-box retailer peers and traditional grocery stores, Walmart WMT 2.66% has a lot to worry about. Last quarter’s results should help ward off at least one fear.

The retailer on Tuesday reported better-than-expected results for the quarter ended April 30, with comparable U.S. sales up 6% compared with the 1.5% growth analysts polled by FactSet had expected, boosted in part by stimulus payments. That growth is especially impressive given that it is being measured against the peak pandemic stockpiling period a year earlier, when comparable sales grew 10.3%. Excluding the effects of some nonrecurring items, earnings per share increased 43% from a year earlier.

The comparison with last year’s frenzy was even favorable in some ways. Walmart’s bottom line was flattered by a higher mix of general merchandise items compared with low-margin consumables such as toilet paper and canned goods, which flew off the shelves last year. Apparel, home goods and lawn and garden items all sold well last quarter, Walmart’s Chief Financial Officer Brett Biggs said on an earnings call Tuesday morning. The bottom line was also helped by a decline in Covid-related costs.

Yet in the quarter ending April 30, Walmart said grocery sales increased by a low-single digit percentage compared with a year earlier, a solid performance given that supermarkets across the U.S. saw sales decline 2.4% over the same period, according to data from the U.S. Census Bureau.

Walmart might gain even more market share later this year, driven by better foot traffic and inflation. A survey conducted on May 10 by Inmar Intelligence showed that almost 90% of surveyed adults noticed an increase in prices of groceries. The survey also showed that price was the most important factor consumers considered when considering where they shopped. That price sensitivity should help Walmart, which pretty consistently has lower prices than competitors.

For now, that means Walmart has to concentrate on a few strategies, including its “everyday low prices’’ approach, rather than spread itself too thin. The retailer said that it will focus on building out capacity for grocery pickup and delivery for now rather than growing its Walmart+ membership program.

Walmart shares gained almost 3% Tuesday morning, which was notable given that its share price had dropped after every earnings call in the previous four consecutive quarters. Yet Walmart still trades more cheaply than peers at 0.7 times forward sales, compared with 0.9 times for Costco and 1.1 times for Target, according to FactSet.

Investors may need to see a couple more quarters of unquestionable market share gains in the grocery aisles before Walmart can close that valuation gap.

Loki shows how Disney Plus is saving TV – and why Netflix should be...