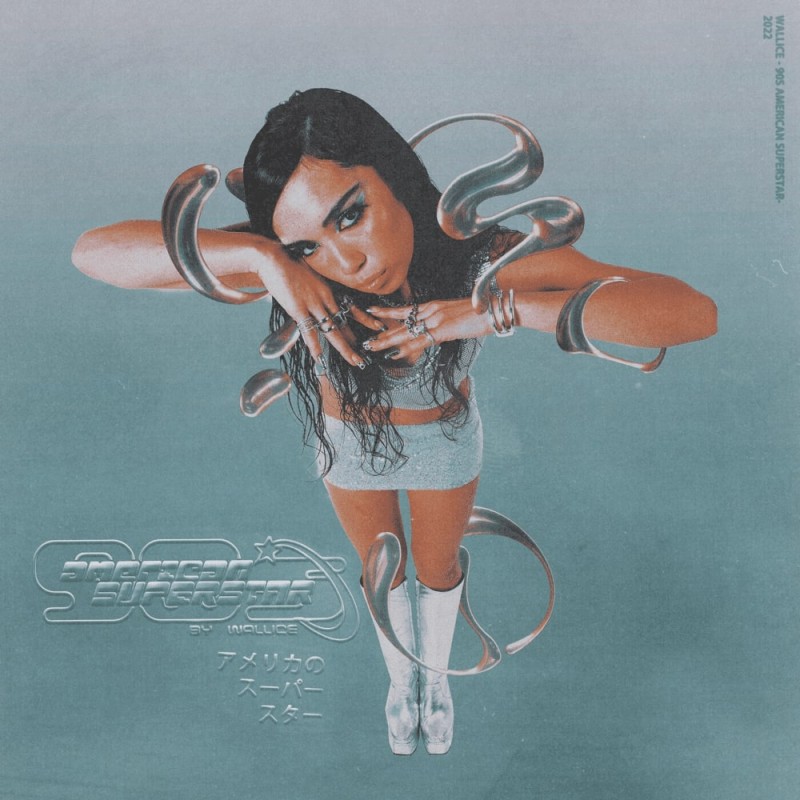 Wallice has been dreaming of fame. Over the past handful of years, the rising LA-based singer/songwriter has been carving her own spot in the world of indie pop, occupying a similarly buoyant vein as rising artists like Samia and Claud. Though she’s currently far from a household name, Wallice did have a breakthrough 2021, releasing her debut EP, Off the Rails, and introducing her combination of relentless hooks, playful concepts, and power pop verve. Her follow-up sophomore EP, ‘90s American Superstar, takes a self-effacing look at fame and ego, imagining Wallice as a fictional celebrity A-lister and charting her personal rise and fall across its five tracks.

Opener, “Little League” sets the scene with an origin story, tracing the cutthroat competitive style that is necessary to make your way to the top. Wallice’s lyricism proves both darkly funny and sadly affecting, confessing how she has spent her life pushing everyone away in her rise to the top: “I hate everyone and I love my addiction/Keep my enemies close ‘cause I like competition/Winning over and over again/I think I’m losing all my friends.” Meanwhile, the following tracks reflect on the trappings of fame, whether they be LA dating life, conspicuous consumption, or a rockstar funeral, complete with a camera crew and a “casket in a muscle car.”

It bears noting that Wallice herself is far from the celebrity idol she is playing here. But in her hands, the rockstar cliche becomes both playful jabs of satire and gleeful fantasy. The title track takes aim at a washed-up musician ex, name dropping a slew of ‘90s touchstones in the first verse. Later, “Rich Wallice” imagines the dark side of a freewheeling diamond-studded future: “I can’t wait to meet rich Wallice/She’s off the rails but she’s damn near flawless/She’s real mean, borderline alcoholic/She got too cool and she failed out of college.” From there, her fall from grace begins, as she heads out on the run on “John Wayne” and dreams of her final blowout party as fast-living brings her to an early grave on “Funeral.”

However, all of the EP’s playful concepts and clever one-liners hinge on Wallice’s ability to pair them with personality and standout performances. Fortunately, she very much delivers. Innately catchy hooks and fuzzy power pop guitar lines abound on “Little League” and “‘90s American Superstar,” while “Rich Wallice” descends into a storming noise pop maelstrom and “John Wayne” offers a frayed and aggressive garage rock style. Finally, “Funeral” marries Wallice’s melodic pop prowess with her spikey rockstar instincts, closing the record out with a glorious bang and a blistering guitar solo.

On ‘90s American Superstar, Wallice walks the line between extremes and does it well. It’s irreverent without being annoying, it’s reflective while remaining darkly funny, and it’s hook-filled while retaining its rough edges. Most of all, the record makes a strong case for Wallice to play indie pop’s next star. If she continues delivering clever anthems like these, she will quickly earn her spot. (www.instagram.com/wallice/)

Bauhaus Kick Off Their 2022 in With A Chaotic, Thrilling Performance