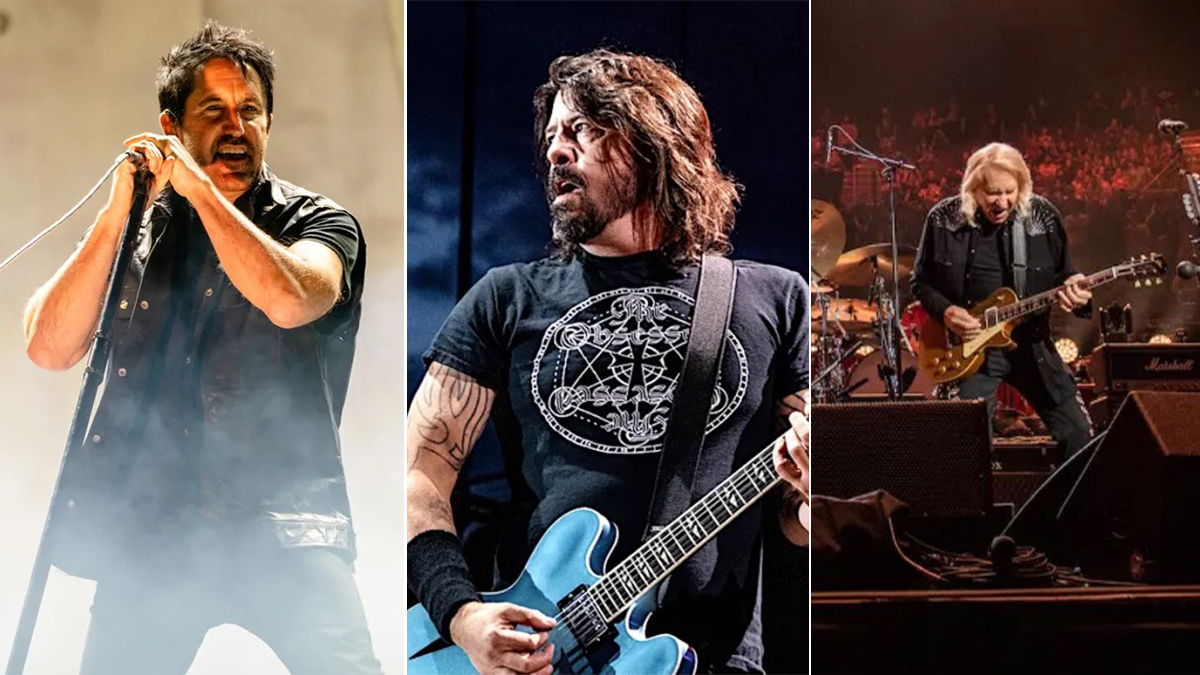 On Sunday night (November 13th), Joe Walsh brought his annual charity event VetsAid to Columbus, Ohio. With the help of a lineup made up entirely of acts with connections to the buckeye state, a sold-out Nationwide Arena (and thousands more via livestream) came together to support American veterans through the power of rock and roll. As the night progressed, there was one phrase Walsh repeatedly used to describe VetsAid 2022: “This will never happen again.”

Maybe it’s a little hyperbolic, but hey, the guy is a certified rock star, hyperbole has been working for him for half a century. And, really, the exaggerated sentimentality was justified. The very premise of the VetsAid arises from the cult of rock music. It’s something straight out of a Wayne’s World movie, as it pursues change, healing, and some unknown sense of sublime through one, big, earth-shaking rock show.

But, damn it if Walsh didn’t come as close as humanly possible to achieving such an audacious goal, especially within the context of modern America. The Breeders, The Black Keys, Nine Inch Nails, a recently-reunited James Gang, and special guest Dave Grohl joined forces to deliver a truly special night of music, all while raising funds for Ohio-based veteran organizations.

The show kicked off at 6:00 pm sharp, with Walsh’s son filling in for famous Clevelander Drew Carey, who had to step down from his hosting duties due to COVID-19. After the initial introduction, he wasted no time reminding the audience of the status of the performers, even joking that they had a roulette wheel in the green room to determine the order of the sets.

Bon Scott Didn’t Write Lyrics for Back in Black

From there, The Breeders took the stage. The Dayton natives seemed genuinely excited to be there, laughing between songs and dropping Ohio references at an almost alarming rate, even covering “Shocker in Gloomtown” by fellow Daytonians Guided By Voices. The set was an energetic, downright fun start to the night, capped off with Grohl’s first appearance. After a stellar rendition of “Cannonball,” Grohl joined the band on stage for “Gigantic,” a tune from singer Kim Deal’s days in the Pixies.

Next, somewhat shockingly, came the Walsh-fronted James Gang. Perhaps fueled by the palpable surprise in the room that James Gang was performing so early in the night (maybe the roulette wheel wasn’t a joke after all), the excitement in the arena was even further elevated as the group launched into their first full set since 2006. Once again, Grohl jumped on stage to help close out the performance, this time taking to the drums to bang out “Funk #49.”