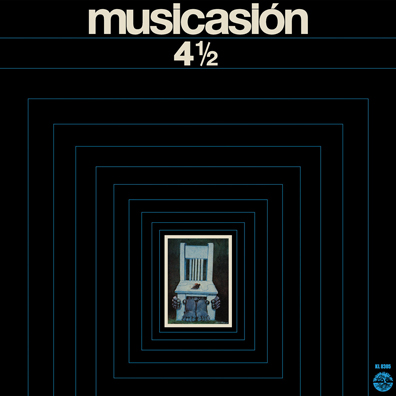 The love of a fan has led to a 50th anniversary release for Musicasión 4 ½, providing this rare beauty of a record the opportunity to find an audience beyond Uruguay.

In 1969, four different productions called Musicasión were staged in Uruguay. These collective shows presented a group of artists mixing theatrics, poetry, and improvised stage effects with music that spanned rock, candombe (a percussion-driven style that originated in Uruguay), tango, jazz, and bossa nova. Fans of Brazilian Tropicália, which originated around the same period, will likely find much to enjoy here.

Musicasión 4 ½, which included recordings made before and during the 1969 productions and was originally released in 1971 (during the days of Uruguay’s military dictatorship), made a deep impression on Argentine singer/songwriter Juana Molina as a child. The 2020 discovery of a safety copy of the original album and a group of unreleased tapes led to this two-disc anniversary release on Molina’s recently formed Sonamos label in collaboration with Crammed Discs. The new edition, which includes 16 unreleased tracks, brings back these entrancing recordings by host group El Kinto, Eduardo Mateo, and others, and a bilingual, 20-page booklet tells their story. (www.crammed.be)