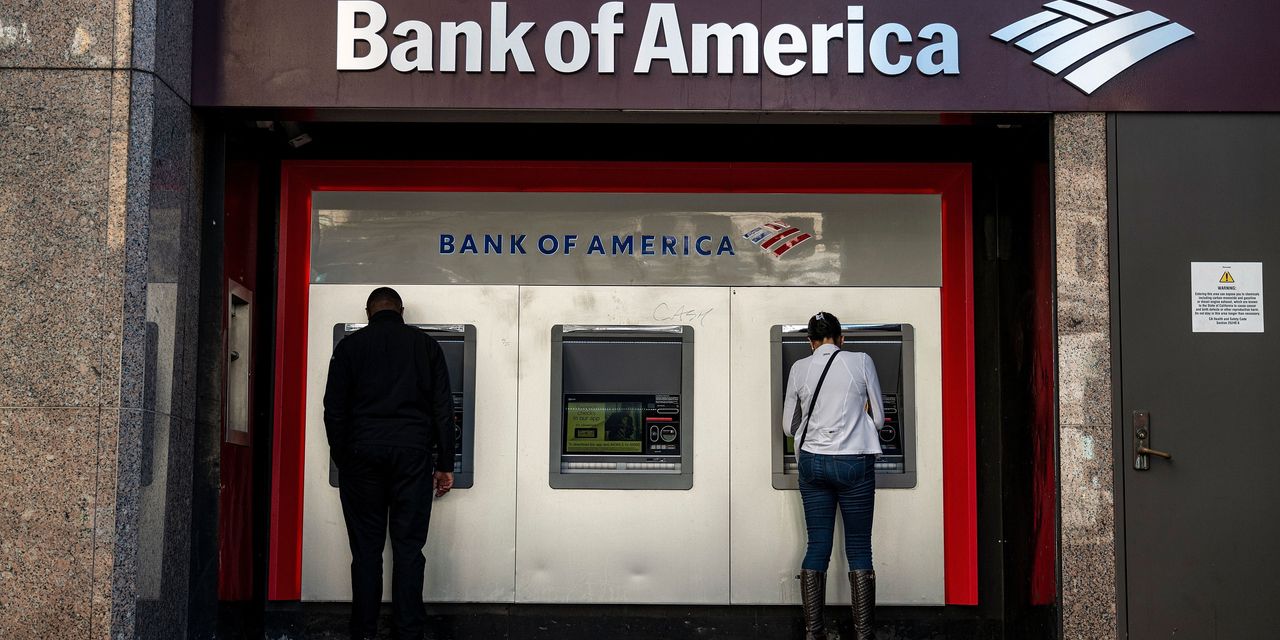 Everyone is clamoring for a piece of U.S. banks.

Investors, eager to get exposure to an economic recovery, are pouring into bank stocks like never before, putting the stocks on track for what could be their best year on record compared with the S&P 500. Bank of America Corp. BAC -1.36% and JPMorgan Chase JPM -1.41% & Co. recently issued gigantic bonds that rank as the two largest single bank deals in history, turbocharging a big year for financial debt issuance.

After years of underperformance since the 2007-08 financial crisis, and a particularly brutal 2020, longtime bank investors are feeling some long-awaited validation. Analysts say the stocks remain cheap, and many shareholders view them as a relatively safe investment that grows along with the economy.

About $32 billion has been poured into broad financial stocks this year, according to Bank of America strategists, already setting a full-year record in less than five months.

Tech stocks like Tesla Inc. TSLA 0.18% roared in recent years. They benefit from low interest rates, because investors have few other income-generating investments where they can put their money.

But now investors are looking ahead and starting to think about when the Federal Reserve might start raising rates again as the economy recovers. And banks are one of the few sectors that benefit from rising rates since they can earn more on loans.

“The biggest factor driving flows into the financials has been a belief that 2020 marks a secular low point so far as interest rates and inflation,” said Michael Hartnett, chief investment strategist at Bank of America. “Financial stocks were out of favor and underweight so why not buy in if you see inflation and interest rate increases.”

Banks are also benefiting from their caution last year. When the coronavirus pandemic hit, they set aside billions of dollars to prepare for loan losses. But the expected wave of defaults didn’t happen, and banks are releasing some of those rainy-day funds. Their Wall Street arms, which underwrite stock offerings and trade stocks, posted strong results in a roaring market.

Those dynamics already helped boost first-quarter earnings. There is also an expectation among investors and analysts that the banks will increase dividends and stock buybacks after this year’s round of Federal Reserve stress tests.

Do you own bank stocks? Why or why not? Join the conversation below.

Ron DeSantis, Josh Hawley Are Trying to Get a 2024 Leg Up by Attacking Big Tech

The day after reporting earnings, Bank of America issued $15 billion in debt and JPMorgan sold $13 billion. Those were the largest bank issuances in history, according to data tracker Dealogic. The financial industry as a whole has issued about $221 billion in debt this year, only slightly trailing last year’s record pace. In 2020, nervous companies of all types issued debt as they worried over how the pandemic would affect their cash flow.

Even with the strong performance, big-bank bulls believe the market could keep climbing. Financial stocks have been underperforming so long that they remain among the cheapest stocks in the market. Banks trade at around 13 times their expected 2022 earnings, while the S&P 500 trades at more than 22 times, a wider gap than the historical average.

As long as that gap persists, banks are acting more as a gauge on broad macroeconomics instead of true investor belief in the industry. For instance, when consumer prices rose more than expected last week, bank stocks dropped sharply.

“They are still pretty much as cheap as they have ever been relative to the market,” said Eric Hagemann, an analyst at Pzena Investment Management Inc. “The market is still trying to figure out how it wants to feel about the banks.”

A key question will be whether the banks can muster loan growth, after a year when their loan books shrank. So far, the views are mixed and investors will be watching executive comments in coming months.

Deutsche Bank analysts said the market hasn’t yet priced in potential economic strength for 2023 and 2024, which could lift bank earnings even further. They said the stocks could rise 25% to 50% more in that time, among the more bullish views.