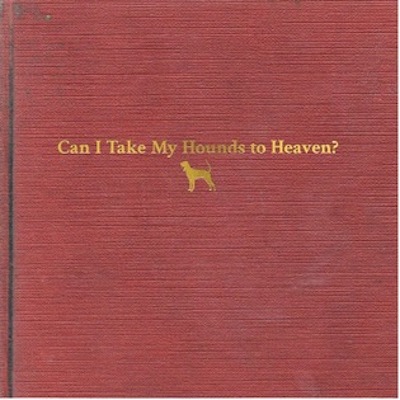 Country iconoclast Tyler Childers and his longtime band The Food Stamps have announced the new triple album Can I Take My Hounds to Heaven? The project is due out September 30th and will present the same eight tracks from three different perspectives: “Hallelujah,” “Jubilee,” and “Joyful Noise.” As a preview, Childers has shared “Angel Band (Jubilee Version)” and “Angel Band (Hallelujah Version).”

Can I Take My Hounds to Heaven is the follow-up to 2020’s A Long Violent History, which featured eight traditional fiddle instrumentals followed by an explicit appeal to rural whites on behalf of the Black Lives Matter movement. In a statement, Childers explained that his newest project is based in his upbringing in the Baptist church. He wrote,

“I grew up Baptist and I was scared to death to go to hell. And a lot of that stuck with me. Filtering through that and trying to find the truth, and the beauty, and the things you should think about and expelling all that nonsense has been something I’ve spent a lot of time on. This is a collection that came together through those reflections. In a lot of ways, this is processing life experiences in the different philosophies and religions that have formed me, trying to make a comprehensive sonic example of that.

“Working with the same song three different ways is a nod to my raising, growing up in a church that believes in the Holy Trinity: The Father, Son and Holy Ghost, and what that means. The Father being the root, the place from which everything comes from, and The Son coming to free up some of those things, allowing it to be more open and welcoming. And then you have the Holy Ghost once The Son is gone — that feeling that’s supposed to keep us sustained until we are reunited, in whatever way that looks.

“Message wise, I hope that people take that it doesn’t matter race, creed, religion and all of that like — the most important part is to protect your heart, cultivate that and make that something useful for the world.”

The Knight on His ‘Murderous’ Costume – Billboard

When MOTÖRHEAD Held The Ultimate Contest in 1995

Idol vs. Model: Whether You Call Him ‘Ren’ Or ‘Choi MinGi’, He Is Synonymous...