They both look good in GUCCI! 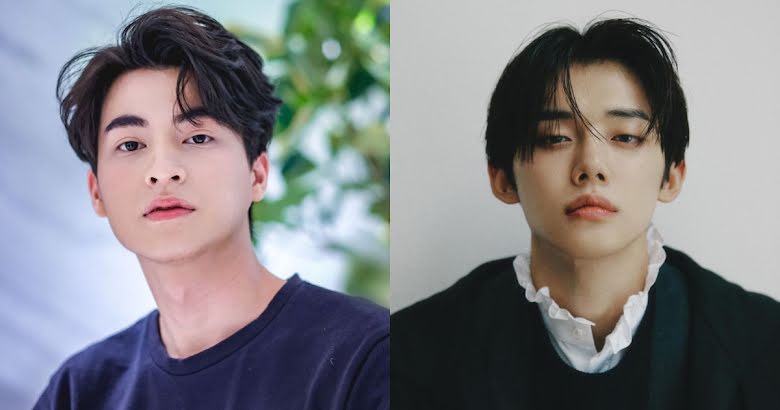 K-Pop idols and other celebrities often end up rocking the same outfit due to specific labels and styles trending at any given time or their own partnerships with designer brands. While they may wear the same thing, an idol’s personality and personal style change how the outfit looks on them. This was definitely the case with TXT‘s Yeonjun and Thai actor and model “Gulf” Kanawut Traipipattanapong.

Gulf is known for appearing in several BL (Boy Love) dramas, most famously playing Type in LINE TV’s TharnType: The Series and its continuation, TharnType: 7 Years Of Love.

The two stars were both spotted wearing items from the GUCCI X Adidas FW22 collaboration. Both wore different colors of a blazer and pants suit combo, with the blazer retailing for $3500 USD and the pants for $2,300.

Gulf wore the white version of the blazer pants combo to the GUCCI Garden Archetypes event in Australia.

He paired the look with a blue button-up shirt and tie, most like from the brand. Gulf looked classically handsome in the full outfit!

Yeonjun wore the outfit to the airport as TXT departed for an overseas schedule and shocked netizens with his fashion.

Along with the wool and plaid version of the suit, Yeonjun wore the GUCCI Oxford Cotton Shirt with Double G Embroidery, a leather tie, and sneakers while carrying a GUCCI Savoy duffle bag, bringing the grand total for his outfit to $11,020 USD. Yeonjun wearing earrings and styling his hair down gave the look a more modern feeling.

Both of these stars rocked the look in different ways but gave it their own spin!