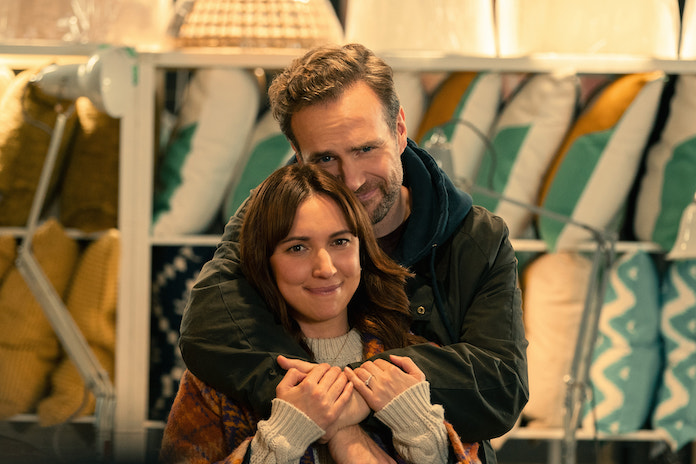 It’s easy to feel part of the tightknit group of friends and family at the core of Trying. To quickly recap, in the last two seasons of this heartwarming comedy series, Nikki (Esther Smith) and Jason (Rafe Spall) were first trying to get pregnant without any result, then they were trying to adopt. The different focuses of the seasons serve the series well in that it avoided any repetition. Plus, it helped in establishing the characters, their personalities and interpersonal dynamics, each one of them with their own special brand of quirks and humor.

In an emotion-squeezing Season Two finale, Nikki and Jason were put together with their dream adoptee, the very likable Princess (Eden Togwell) and unexpectedly, her adorable brother Tyler (Mickey McAnulty). This season is all about the two of them trying to be parents, as they wait to be approved for final adoption. This proves to come more naturally to Jason than to Nikki. Jason leaves his job to be a stay-at-home parent while Nikki shifts into her new position at work as manager. Pretty soon the kids begin calling him “Dad” as she does her best to do the right thing and stumbles more than a few times. In the meantime, their flat is up for sale and Jason is hiding the fact that he’s not been able to get the money together to buy it.

The first few episodes of Season Three are overly saccharine. Quick turnarounds happen at the end of each episode with neatly tied up resolutions soundtracked by the folksy, trying-to-be-uplifting music which goes a long way in amplifying the corniness. It’s a disappointing start for the series which had a subtle way of injecting sharp and natural humor into believable, everyday situations. In fact, it’s the exact opposite of that fine balance.

Tangibly missed is Penny (Harry Potter’s Imelda Staunton), the no-nonsense adoption agent, who is replaced by her humorless and seemingly unfeeling counterpart, Noah, who puts a harsh but realistic spin on the adoption process. Also painfully missed is the caustic Erica (Ophelia Lovibond) who is presumably (read hopefully) busy with her duties over at HBO’s excellent Minx. Without Erica, her very single ex, Freddy (Oliver Chris of A Very British Scandal) doesn’t have much of a function in the series. Instead, Jason’s and Nikki’s parents have too much function, to an annoying and overly supportive degree. Although they do deliver some mic drop lines like, “Don’t mess with the grandparents. We’ve not got jobs and we sleep three hours a night.” The old adage of “it takes a village” is taken to the extreme here, particularly when its accompanied by Bear’s Den & Jade Bird’s song, “A Village.” Oh brother.

Thankfully, this cloying approach fades away relatively soon and Trying reverts to its winning and likeable personality. The unflappable Karen (Sian Brooke) as Nikki’s sister and her pretentious brother-in-law Scott (Darren Boyd) remain their reliably dry selves, providing a connection between the ground the series has covered thus far and how its moving forward. Getting more airtime this season is Nikki’s fun and clueless co-worker, Jen (Robyn Cara) whose breezy Zoomer attitude and irrepressibly upbeat nature bring a hilarious irreverence to every scene she’s in.

There’s a lot to build on where the third season concludes and we’re looking forward to see what Nikki and Jason will “try” next. (www.tv.apple.com/us/show/trying)