Toyota Can Be a Tech Giant Too 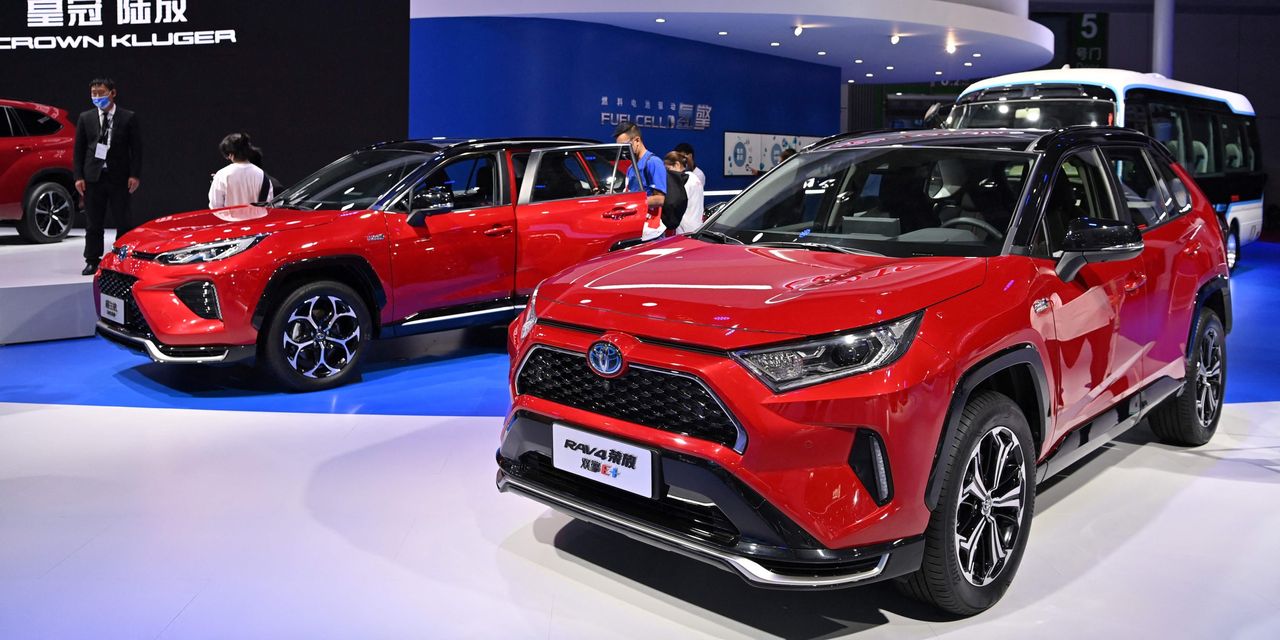 Toyotas have a reputation for being reliable but unexciting, and the Japanese automotive giant that makes them can come across the same way. Yet it is likely more forward-thinking than it gets credit for.

The financial stability of Toyota Motor TM -1.82% was on full show in annual results published Wednesday. The company reported net income for the year through March equivalent to $20.7 billion—roughly 10% higher than the previous period—and it forecasts further growth this financial year. Unlike other big auto makers, the company didn’t make any quarterly losses due to last year’s lockdowns and doesn’t expect to curtail production due to the chip shortage.

The stock rose about 2%, even as the wider sector was led down by a 10% drop for Nissan. After the Tokyo market closed on Tuesday, Toyota’s local peer unexpectedly forecast another year of losses amid the semiconductor drought.

Toyota’s steady performance belies the changes under way at the world’s largest car maker by sales. Although it advertises it less aggressively, the company is as focused as the likes of General Motors and Volkswagen on keeping pace with Tesla and Silicon Valley software. Toyota is also becoming more vocal about its response—perhaps with an eye to tech-obsessed U.S. investors.

In a break with tradition, the company gave the keynote speech in the presentation of its annual results to chief digital officer James Kuffner rather than Chief Executive Akio Toyoda. Toyota hired Mr. Kuffner—an American robot engineer with an academic background at Stanford, the University of Tokyo and Carnegie Mellon—in 2016 from Alphabet’s pioneering self-driving car project.

Mr. Kuffner gave a high-level account of Toyota’s wide-ranging approach to reducing its products’ carbon emissions. The company’s strategy is sometimes seen as lagging behind because it doesn’t revolve entirely around the all-electric vehicles popularized by Tesla. Toyota hasn’t had to move as fast as peers with pure EVs to meet tightening emissions rules in Europe because of its popular, relatively clean, Prius hybrid. Also, its global mass-market footprint means it will likely continue to sell traditional cars well into the future in countries that don’t have good charging networks or government backing for EVs.

What do you think the future holds for Toyota? Join the conversation below.

Why CAN Wales ease lockdown quicker if England can’t?

Still, Toyota is now investing heavily in a series of pure EVs for the markets where they show signs of taking off, notably Europe, China and the U.S. It unveiled a concept version of its first model in the series, the bZ4X, at the Shanghai car show last month and hopes to begin sales by the middle of next year.

Mr. Kuffner’s presence on Toyota’s board of directors also attests to the importance the company attaches to software. In an effort to foster the culture of digital creativity necessary to win smartphone-centric consumers, Mr. Kuffner runs a separate company within Toyota called Woven Planet—an approach VW is now following. Last month, Woven Planet acquired the self-driving tech assets of Lyft for $550 million, giving it bases in Palo Alto and London, as well as Tokyo.

The stock-market premium that Toyota fetches relative to GM and VW has shrunk over the past year, as investors have become more optimistic about the technological transition plans under way under CEOs Mary Barra and Herbert Diess respectively. They may yet wake up to the reality that Toyota’s own reinvention is in some crucial respects ahead of the pack.

Mapped: The State of Small Business Recovery in America