Tony Yayo thinks Fugees rapper Pras is a “hater” for supporting a candidate that was running against his Wyclef Jean for President of Haiti in 2010. However, he wasn’t really given the full context of the scenario.

In the G-Unit rapper’s latest interview with Vlad TV, the topic of Haiti came up, which eventually prompted Vlad to mention Pras’ 2010 endorsement of Michel Martelly for the country’s President. What Vlad didn’t mention was that the endorsement happened before Clef decided to run – which prompted Yayo to speak up for him.

“That’s some hater shit right there, damn,” Yayo said. “If we in the same group together, how you gonna go with the other guy? That sounds like some hater shit to me. The Fugees was definitely a classic group. But you know, it was always about Lauryn and Clef. So Pras, they looked out for you, so to shit on Clef like that is crazy.”

In the video, Vlad included a clip of a prior interview he’d done with Pras where he explains the discrepancy. It’s unclear why the website owner didn’t mention it to Yayo. “At that time, people thought I was going against Wyclef when I was supporting Michel Martelly. I wasn’t going against Wyclef,” Pras explains in the older clip. “We didn’t know he had plans to run.”

As for Clef, the 2010 campaign was short-lived after Haiti’s electoral council disqualified him just days into his run. The New Jersey resident didn’t meet the qualifications, due to Haiti’s electoral law that states any candidate must have been a resident in the country for five consecutive years.

During an interview with UK show Good Morning Britain earlier this year, Wyclef ruled out any plans to try running again. 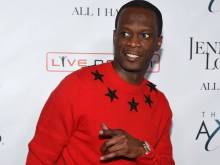 “Well, no,” he said. “I think that for me, after my experience, I’m focused on being [in the] private sector. But I definitely want to influence the right party to be in office.”

As for Pras, he’s gearing up to go to trial in March 2023 after finally receiving a court date for his criminal conspiracy and campaign finance charges case in 2019.

The trial, which is set for March 27, 2023, will see Pras defend himself in a case alleging he was funneling money to political campaigns.