[Editor’s note: The following contains spoilers for House of the Dragon, Season 1 Episode 3, “Second of His Name.”]

Game of Thrones was a show that became famous for the shades of grey to be found in its heroes and villains alike, and so far the prequel series House of the Dragon has shown every indication of following in that proud tradition. Thus, Consequence is happy to introduce Who’s the Worst Person in Westeros, a weekly ranking of House of the Dragon‘s most important characters, and just how unsavory they ended up being each week. Everyone on screen, including dragons, is eligible for this list (though expect the show’s series regulars to be heavily featured as we progress).

In “Second of His Name,” we go on arguably the worst family road trip since that Vacation remake where Chris Hemsworth had a fake penis — it’s baby Prince Aegon’s second name day, and so the Targaryen royal family heads out into the woods for a hunt. More importantly, Prince Daemon and Corlys Velaryon’s war against the Crabfeeder seems to come to a close, but only after a bold, arguably suicidal attack by Daemon.

It’s a classic mix of throne room politics and graphic battle sequences, but whose behavior comes off as the least (and most) deplorable? Let’s find out!

Least Worst: The Boar and the Stag

The boar did come running into Rhaenyra and Ser Criston’s camp, but really, it did nothing wrong — same for the stag murdered by Viserys. Hunting in general is gross, but even more gross is having your men tie up your prey for your hunting pleasure. Yes, these animals were created by movie magic and hopefully no real blood was shed on set, but still.

At this point, Alicent’s lot in life isn’t really her fault — at least, it wasn’t really her idea to get married to her best friend’s father (who just so happens to be king). Here, it seems like she’s just trying to reconnect with Rhaenyra despite their circumstances, and she even does her best to offer Viserys advice on the war in the Stepstones (as opposed to working harder to manipulate him into naming her son as heir). If she has more nefarious plans, they are yet to be discovered.

He has one job — keep Rhaenyra alive — and she seems determined to make it as hard as possible for her. Poor guy.

In the opening sequence, Prince Daemon’s dragon just full-on smushes a poor tortured soldier crying out for salvation, with the same disregard a cat has for that water glass on the coffee table. Be more careful, Caraxes! 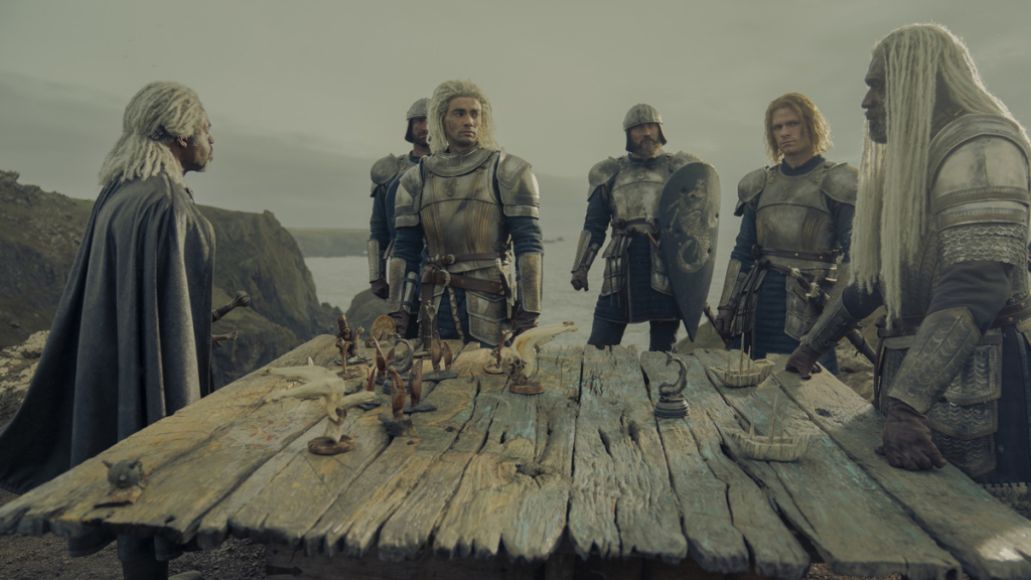 House of the Dragon (HBO)