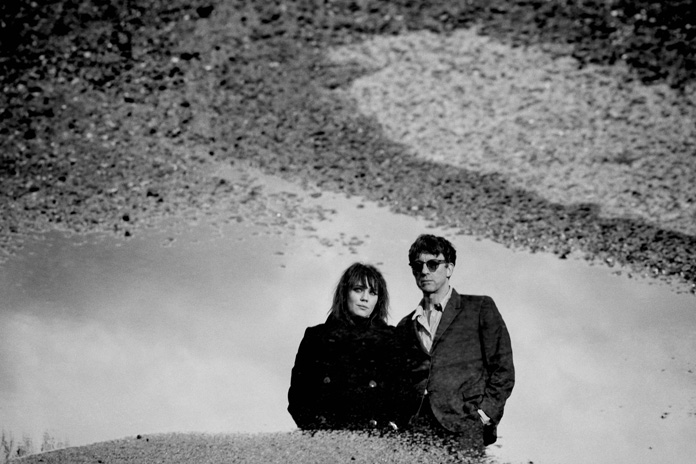 The WAEVE Due Out February 3, 2023 via Transgressive

The WAEVE—a new duo consisting of Rose Elinor Dougall and Blur guitarist Graham Coxon—have announced their self-titled debut album and shared a new song from it, “Can I Call You,” via a video for it. The WAEVE is due out February 3, 2023 via Transgressive. David J East directed the black & white video for “Can I Call You.” Watch it below, followed by the album’s tracklist and cover art.

“Can I Call You” starts as a moody piano-backed Dougall ballad, before exploding into a Krautrock groove almost two minutes in. Then Coxon’s saxophone takes over and both Coxon and Dougall sing overtop of each other, repeating the same impassioned lyrics through to the song’s conclusion.

James Ford (Arctic Monkeys, Florence & The Machine, Foals, HAIM) produced The WAEVE, which was recorded earlier this year. Dougall and Coxon started trading messages during lockdown, around Christmas 2020, and the project grew from there.

Many of the tracks feature Coxon on saxophone, one of the first instruments he picked up when he initially became a musician. Reference points for the album in the press release include: Sandy Denny, John & Beverly Martyn, Kevin Ayers, and Van der Graaf Generator.

The press release describes the band’s sound in more detail: “A liquid meeting of musical minds and talents. A powerful elixir of cinematic British folk-rock, post-punk, organic songwriting and freefall jamming. The WAEVE strikes that magical English folk-rock alchemy of earth and ether. Heaviness and weightlessness. Darkness and light.”

The project was announced in April and in May they shared their debut single, “Something Pretty,” which made it to #1 on our Songs of the Week list and actually isn’t featured on the album. Previously they also shared a trailer for the band.

A Dig Me Out Covers Album: Stream

The WAEVE have announced a show in London at Lafayette on March 27, 2023.

Dougall is one of the artists on the cover of our special 20th Anniversary print issue, where you can read an exclusive interview with her.

In 2021, Dougall collaborated with Wesley Gonzalez for a new song, “Greater Expectations,” which was one of our Songs of the Week.

Dougall released her last solo album, A New Illusion, in April 2019 via Vermillion (it was our Album of the Week and one of our Top 100 Albums of 2019). In November 2019 she has shared a new song, “How Long,” a non-album track Dougall said was the last song to be shared from the A New Illusion sessions. “How Long” was one of our Songs of the Week.

Read our interview with Dougall on A New Illusion.

Also read our interview with Dougall on her all-time favorite album.

Plus read our review of A New Illusion.

A New Illusion was Dougall’s third album and the follow-up to 2017’s acclaimed Stelluar (which was one of our Top 100 Albums of 2017). Read our 2017 interview with Rose Elinor Dougall on Stelluar. She was also previously in The Pipettes and in Mark Ronson’s band.

Coxon’s last solo album was 2012’s A+E, but he’s kept busy with soundtrack work, including releasing two albums of songs and score from the acclaimed TV show The End of the F***ing World and his 2021 score to the comic book Superstate.