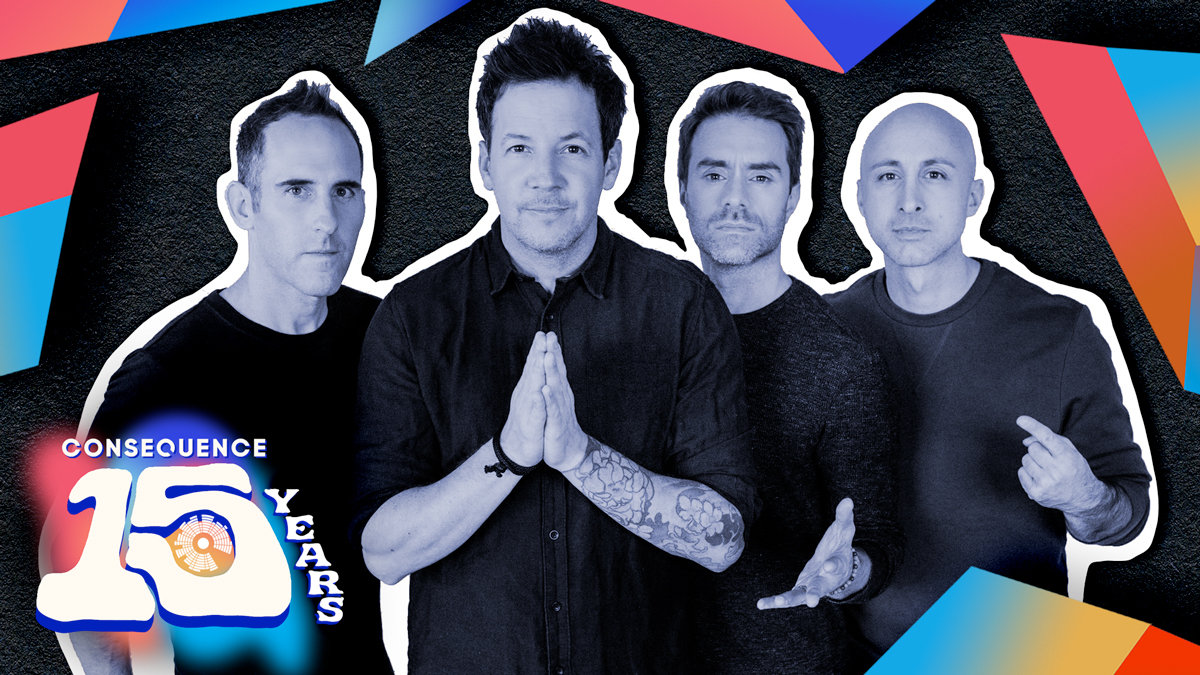 It’s Consequence‘s 15th anniversary, and all September long we’ll be sharing artist-curated playlists that reflect the evolution of their music taste throughout the last 15 years. For today’s My15 playlist, Simple Plan’s Sébastien Lefebvre assembles a nostalgic, fun-filled selection.

2000s nostalgia is in. With Y2K-era fashion having a big resurgence, pop-punk becoming a Top 40 staple, and several early-aughts stars making major comebacks, it’s time to celebrate the heroes that made a huge impression on us 20 years ago.

One of said heroes is Simple Plan, who have just finished an extensive North American tour with their fellow Canadian pop-punk juggernauts, Sum 41. The tour, aptly titled “The Blame Canada Tour,” was not just a nostalgia blast, but a great example of how both bands have contributed to the soundtrack of a generation, and haven’t lost the youthful spark that brought them so much attention in the first place.

But beyond their own timeless pop-punk hits like “Perfect” and “I’m Just a Kid,” Simple Plan are still finding themselves inspired by music of all genres today. Rhythm guitarist and backing vocalist Sébastien Lefebvre lists The Killers’ “Mr. Brightside” as an essential track that they’ve only grown fonder of over the years — so much so that the band covered it on their most recent tour. “What a tune,” Lefebvre tells Consequence. “As soon as I heard this song, I bought the album.”

Also appearing on Lefebvre’s My15 playlist is Bon Iver’s 2011 classic, “Holocene”: “You can’t help but get sucked into the feels of this song,” he says. In addition to The Killers and Bon Iver, Lefebvre lists songs from Foo Fighters, NOFX, Jimmy Eat World, Jack Johnson, and more.

Check out Sébastien Lefebvre of Simple Plan’s My15 playlist below.

Nick Zlotopolski is today’s Team Rizz member of the day! – 105.7 The Point