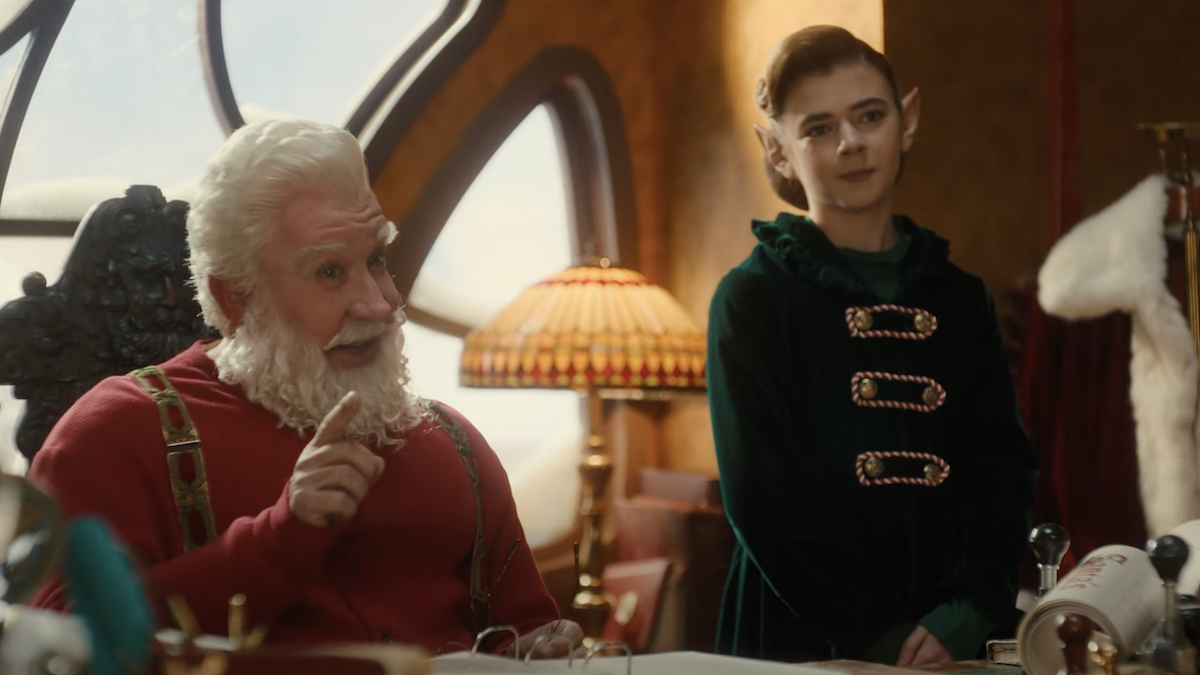 Tim Allen may have been unceremoniously replaced in the new Buzz Lightyear movie, but he’s bowing out gracefully in The Santa Clauses, the Disney+ sequel series to his long-running Christmas comedy franchise. Watch the first trailer below.

The preview opens with a solemn announcement from Allen’s jolly, ol’ Kris Kringle: “For the good of Christmas, for the good of my family, I, Santa Claus have decided to retire.” The news doesn’t exactly land with a warm reception from the elves in Santa’s workshop, who devolve into despair and lead their big boss man Mr. Claus to ask, “we have a grief counselor, right?”

It won’t be a complete Blue Christmas though as Santa sets off to find his successor. Unlike the 1994 film’s fine-print fiasco that initially caused the unsuspecting Christmas curmudgeon Scott Calvin to assume the role, Santa has now opted for a straightforward hiring process. In the first look, we get a peek at one of Santa’s applicants, NFL Hall of Famer Peyton Manning, who seems to flub the interview due to his preoccupation with getting one up on rival quarterback Tom Brady. The trailer also offers all the goodies we’ve come to expect from the Santa series, including a glimpse of David Krumholtz’s beloved Bernard the Head Elf and Mrs. Clause herself, reprised by Elizabeth Mitchell.

The cast features Laura San Giacomo as a Christmas witch, Elizabeth Allen-Dick, Devin Bright, Austin Kane, Matilda Lawler, Rupali Redd, and Kal Penn, whose character Simon Choski curiously follows the “S.C.” name pattern that made for a hilarious running joke in the franchise’s first film. Let’s not get too ahead of ourselves before the show premieres (Penn’s character does not even appear in the trailer), but as far as replacements go, we deem that idea “Nice.”

Bias Duality: The Wonder Boy Of South Korea, Park JiHoon Is The Heartthrob We Just Can’t Get Enough Of

The Santa Clauses will premiere with two episodes on November 16th via Disney+.

BTS’s V Keeps His Promise By Sharing Pictures From New York, Gaining Attention For His Expensive Taste In Wine

Kings of Leon Debuting Whiskey Collection at Bourbon and Beyond Festival

The Songs She’s Had on Repeat Since 2007