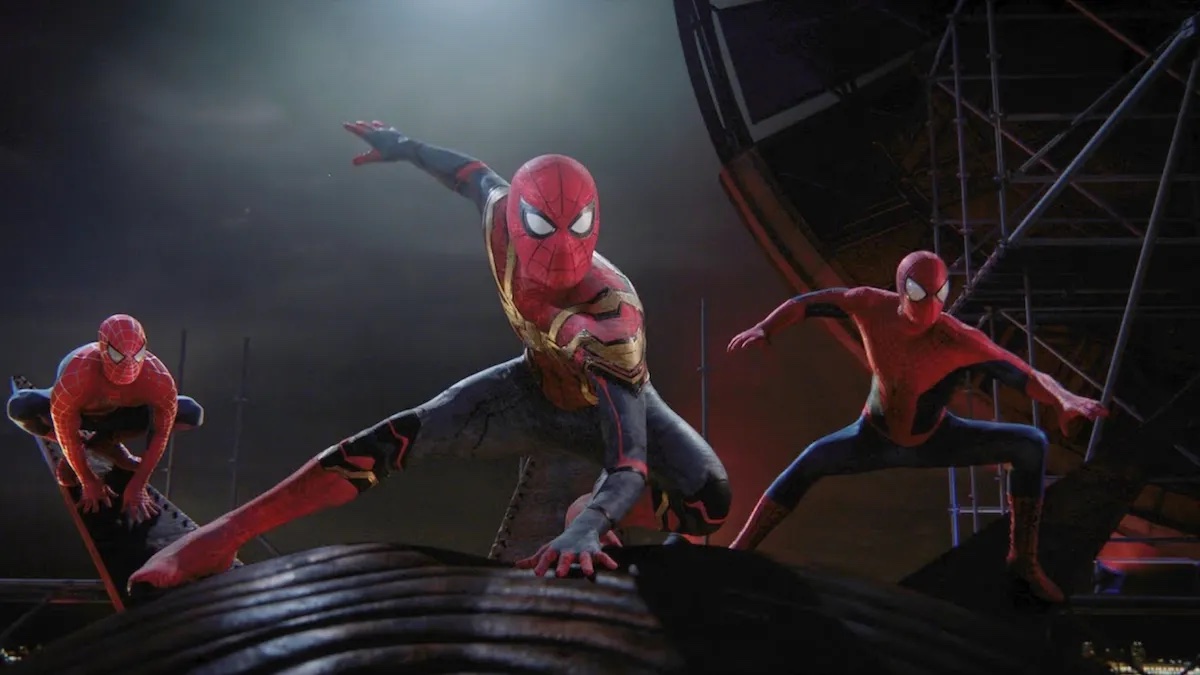 Look, when it’s hot outside and you don’t have central A/C, it’s easy for your principles regarding entertainment to change. For example, you might see that Sept. 2nd’s Spider-Man: No Way Home theatrical re-release, dubbed The More Fun Stuff Version, has a runtime of two hours and 41 minutes, and instead of groaning “that is so long for a superhero movie,” you’ll buy a ticket immediately.

But revisiting No Way Home has benefits even beyond its promise of at least three hours of air-conditioning, as The More Fun Stuff Version‘s extra 11 minutes of footage does deliver more of, well, the fun stuff.

While the opening sequence — in which Peter Parker (Tom Holland), MJ (Zendaya), Aunt May (Marisa Tomei), and Happy (Jon Favreau) deal with the immediate aftermath of Peter’s unmasking as Spider-Man — remains unchanged, the film then expands the subsequent interrogation sequence, with May in particular getting to talk a little bit more about her past run-ins with the law. (It’s also fun to revisit Arian Moayed’s introduction as Agent Cleary, given his later appearance in the Disney+ series Ms. Marvel.)

In terms of overall screen time, perhaps the most significant additions to the film feature Betty Brant (Angourie Rice), who gets to prove her mettle as a high school broadcast journalist with an extended sequence featuring her talk show, in which she interviews fellow students Ned (Jacob Batalon) and Flash (Tony Revolori) as well as Midtown High’s teaching staff about the shocking Peter Parker revelations. If you’re a comedy fan and you don’t want to watch said teaching staff, played by Martin Starr, J.B. Smooth, and Hannibal Buress, do unhinged improv against a deliberately terrible green screen, then maybe you aren’t actually a comedy fan.

There’s also a previously-deleted scene that showcases Peter’s suit getting splattered with green paint (something covered by the original cut in a montage), and a new scene in which Peter gets pushed to show off his newly exposed abilities in gym class. It’s all good fun, but it’s clear that director Jon Watts was right to cut a lot of these scenes for the original version, as No Way Home was not a short movie to begin with, and these additional scenes do end up delaying the film’s plot from really kicking into gear.