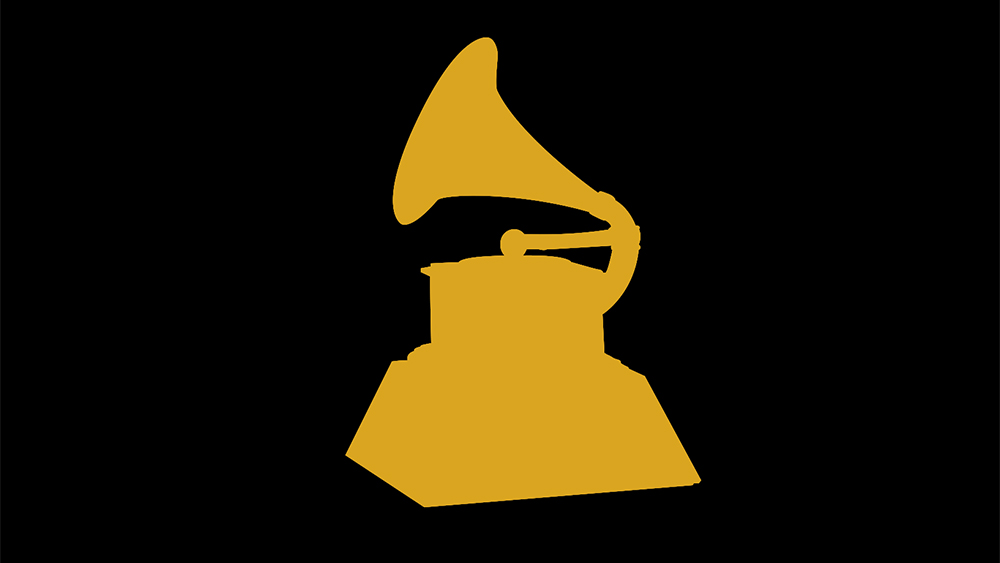 RIP to “the room where it happens” — the Grammys’ blue-ribbon committees, which are officially being laid to rest this year after being an essential part of the nominating process in most categories since the 1990s. Never again will non-insiders have to play the role of Aaron Burr, wondering if there was actually smoke filling those rooms, and if so, what kind. That murky haze is being replaced by the clear air of “transparency,” and not a moment or voting year too soon.

It’s fair to say that the community of musicians, the general public and most Recording Academy members will take a “don’t let the door hit you on the way out” attitude to the nominating committees seeing themselves out. Letting the popular vote prevail is a notion that’s very popular in 2021 across the board, unless you’re in an empty but still federally well-represented state like North Dakota, or unless you’re one of the more obscure artists who benefitted from having a very persuasive advocate on a Grammy committee. What was recently seen as not working for the Weeknd was really a long-simmering issue that had seen the Recording Academy taking fire for a long time. What happened this week simply had to happen, even if it’s still kind of shocking that the trustees gave up the committee system without it having to be pried out of their cold, dead hands.

But with that being said, some things will inevitably be lost when the next set of Grammy nominations is winnowed down by the entire 11,000-plus membership rather than a small group of imagined or real experts in each category. The curatorial approach that took over in the ‘90s was instituted for a reason: to make sure that, with such a vast membership, the Grammys would not become a pure popularity contest. We already had an American Music Awards, the reasoning went — there didn’t need to be two of them, one of them bearing the music industry’s imprimatur instead of the hoi polloi’s. With the onset of committees, the lineup of nominees in each category typically worked out to about half popularity contest, half WTF. But, there’s no denying it — there were a lot of good WTF choices mixed in with the more unadulterated WTF-iness.

In the end, some of the Academy’s (or their committees’) best oddball nominees may be worth sacrificing if it means no longer having music’s most prestigious kudos come off as at least half-arbitrary. Sometimes throwing out a baby with the bathwater is a risk worth taking.

When I first reported on the committee system for Billboard in 2017, trying to demystify what was then a far less publicized process, I talked to committee members and trustees as well as official reps about why the Recording Academy would stick by something so easily seen as elitist. Could the foremost awards for popular music really be OK with something so non-populist? Those who were supportive of it (at that point, still a majority) made a collectively good case for why leaving the final nominating in the hands of a select few was the lesser of all possible evils.

“I get very tired of reading in some publications about our ‘secret committees’ and that sort of thing,” Bill Freimuth, the Recording Academy’s senior VP of awards, told me then. “They’re not secret. We try to be pretty transparent about this. … ‘Elitist’ is a very charged word, these days in particular. You have to look at the antonym, which is populist. And there are other awards for music that are based on popularity. Ultimately (nominations) come down to a group of people sitting in a room, but that group of people has gone through a rather rigorous vetting process—through our chapter system, through our national board of trustees, through other members of that genre community,” all in the service of being able to elevate the less likely choice that “sometimes has maybe not done quite so well in the marketplace.”

A trustee told me, “Ultimately, I don’t know if there’s any other way to do it [besides the blue-ribbon committees]. When I sit in those meetings, I come back to thinking this really is the best way to do it. It’s an imperfect system trying to be as perfect as it can.”

But when you looked at the slate of nominees from year to year, you could see the committees whipsawing from not being cool enough to being too cool. Originally, especially when it came to the top all-genre categories, the committees were seen as a corrective to, say, Tony Bennett’s “MTV Unplugged” winning for album of the year — with the general feeling being that at least he won over the “Three Tenors” album that was also up at the time. Bennett was out, and Beck was in… huzzah! (Apologies to hearts, San Francisco, etc.)

And yet the Grammys were still seen as a bastion of old-guard sentiment, at least into the mid-2000s. In that same album of the year category, Santana beat TLC; Steely Dan bested Eminem; Ray Charles conquered Kanye West; Herbie Hancock beat Amy Winehouse (and also Kanye… that was a running theme for quite a while). And so then entered the age of committee overcorrection.

The blue-ribbon panel that decided the nominations for record and album of the year has seemed for many years to be operating under this assumption: If you nominate either an established veteran or an uber-popular mainstream smash, the general membership will go for either of those  Therefore, neither Ed Sheeran having one of the undeniable mainstream pop songs of the century nor Bob Dylan having his most acclaimed album in a quarter-century could dare be allowed a nomination, because either would be obvious Grammy bait for rank-and-file members… and a win for a pop superstar without much critical cred, or an oldster whose cred dated back to the ‘60s, would be bad for the image of an Academy that wants to be seen as honoring the vanguard.

Now, maybe those kind of exclusions — or the Weeknd’s tipping-point shutout — didn’t come down to deliberate choices on the part of committee members. Maybe Sheeran’s “Shape of You” or Abel Tesfaye’s “Blinding Lights” or, on the other end of things, Dylan’s critically gushed over “Rough and Rowdy Ways” didn’t even make the top 20 choices the general membership handed over to the committee to hack down to a final field of eight. Or maybe those choices were handed to them, and the committee didn’t take the optics of the organization into account, but just really did think Jacob Collier made a better album than Dylan, or that Black Pumas’ moderately successful “Colors” was clearly a superior record to the monster that was “Blinding Lights.” But the fact was that, barring a leak of the discussions between those two dozen or so deciders, we would never know whether Ed or Bob or anyone else even came up in the room.

And with this frustrating a lack of translucence about how seriously or cavalierly these matters were undertaken behind closed doors, we were all Aaron Burr… sir.

But what will be lost in the service of transparency? Fun and/or deserving quirks. How great was it that an album as terrific as Haim’s “Women in Music Pt. III” got nominated for album of the year in this latest round? Or that Brandi Carlile’s “By the Way, I Forgive You” snuck in two years before — setting up a performance on the telecast that effectively made her a household name? What are the odds that either of these would have made it onto the final ballot without the curatorial power of the committee? Slim.

And the committees have been prescient in their time. When I was reporting that story about the process at the beginning of 2017, part of the whispering against the system at the time was that it allowed a no-name like Anderson .Paak to pick up an inordinate amount of nominations. No one’s carping about that as an abuse of committee power now.

At the end of 2019, I wrote a Variety column titled “Why the Grammys’ Committee Voting System Needs an Overhaul,” arguing that then-new Academy CEO Deborah Dugan ought to look at eliminating the secret rooms, after some unexpectedly weird shutouts of front-running candidates ranging from Taylor Swift to Tyler, the Creator. “Maybe it’s time to advocate for majority decision-making in the Grammys,” I wrote. “At least we’d be spared wondering if somebody with the loudest voice in a conference room owed a gambling debt.” Yet looking back at some of the things that were raising eyebrows at that particular time, I note that among them were the huge Grammy looks, year after year, for commercial also-rans like Bon Iver and H.E.R. While those repeat choices were undoubtedly the choices of a committee that wasn’t experiencing a lot of turnover from year to year, it’s hard to argue that those were un-prescient picks, given that every Taylor Swift fan is now a Bon Iver fan, and that H.E.R. just won an Oscar, still without having released a full album or having a major hit yet.

But we come here to bury the committee system, not to praise it. Some of the committee’s “what were they thinking” choices have turned out to be far more defensible than others, but the fact that every single amateur or professional Grammys observer asks it every single year was evidence of a long-overdue change. It shouldn’t have taken Dugan raising it in her legal actions against the Academy (at which point everyone was shocked, shocked, to learn that there was gambling going on in this establishment) or the Weeknd being a publicly and probably justifiably sore loser to put this on the front burner of the trustees. Kudos to interim chief Harvey Mason, Jr. for apparently helping push it over the finish line.

Most significantly, the Recording Academy’s vote to abolish the committees is a vote in favor of believing in the reform it’s already undertaken. The org has been on a mission for years to broaden and diversify its membership and weed out those who don’t have an active and ongoing participation in the music business. To hold onto the blue-ribbon process was effectively saying: Yes, we’ve made great strides in representation… but we still can’t trust those people.

Maybe we shouldn’t trust the general membership to get the Grammy nominations right. Maybe it’ll get a little harder to tell the Grammys from the AMAs, without as many seemingly pulled-out-of-nowhere nominations and bold advocacy picks. But at least if the whole process goes to hell as a result of leaving it to the entire bloc of voters, at least we’ll know which 11,000 people to blame.

The Modern Militiamen | 2A For Today

Leaders In The Mix: Pioneering Female Music Producers To Know