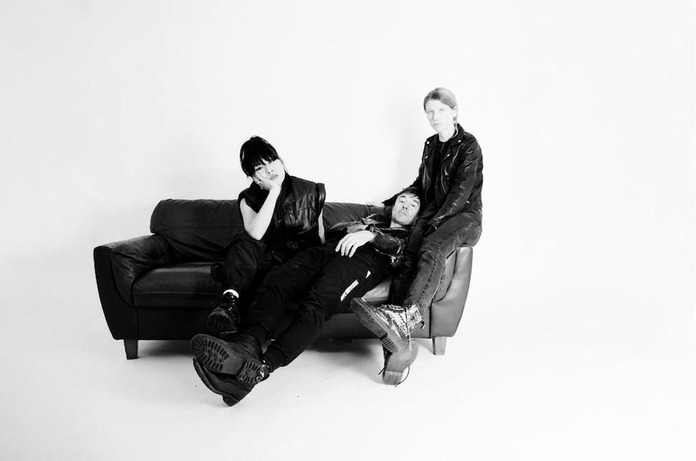 The Big Pink have shared a new single, “Safe & Sound.” It is the latest release from their forthcoming album, The Love That’s Ours, which will be out on September 30 via Project Melody. Listen below.

In a press release, frontman Robbie Furze states: “Dancing with these vultures in my fugitive apartment,’ ‘Angels with their wings clipped gunning for the love that’s ours.’

“These lines sum up the record perfectly. I moved to L.A. to find my record and I found it, but at a price. I was chased by every temptation known to mankind. I was promised love. I was promised wealth. I was promised the world. Drugs, women, stardom, all the cliches hounding me and biting at my heels. I got caught up in it. I was strung out and I got lost. I can now put my hands up and admit that.

“For a while I lost my wife. I lost my family and friends and mostly, I lost my mind.

“This song, ‘Safe and Sound,’ came from a moment of pure clarity when I realized I had to turn my life around and just deliver this record.

“I was held up in my fugitive apartment and these people were not angels at all, they were gunning to take away everything I loved!

“The process of writing this song started with a songwriter named Peter Stengaard, it wasn’t the easiest of writing sessions. I just couldn’t hear the song and where we were going with it. Peter, I think, felt this and walked me over to this beautiful white piano in the back part of his house. He told me to just sing the chorus, ‘you, me and the piano,’ and suddenly it just clicked and the whole song came alive. I could hear it! The whole song presented itself.

“I immediately called Ryn Weaver and told her that I was on the brink of something special and could she meet me back at my studio right now, that night. for her to hear it. The moment she heard the top line she knew exactly what I was trying to say. We spoke at length about the purgatory-feeling that I was existing in and then the verse words just fell out of us. I’m so proud of these lyrics and they truly are the most personal on the record. Over the years that I was in L.A., I had created a pretty dark place for myself. This song was the turning point.

“‘TURN THE SHIP AROUND
WE’RE TOO GOOD TO BE DRIFTING
SAFE AND SOUND……’ I’m not just singing this to my wife, but I’m singing it to myself.
Now here I am back at home, the record is coming out and all IS ‘safe and sound.’”

The Big Pink previously shared the album tracks “No Angels,” “Love Spins On Its Axis,” and “Rage.” They released an EP, Empire Underground, in 2016. Their previous studio album, Future This, came out in 2012.

Jeff Tweedy and Norah Jones Play Five Songs Together on Her...