The renowned Tennessee-based legendary independent record label Sun Records will release a six-song covers EP from rock ‘n’ roll legend Suzi Quatro. “Uncovered” boasts cameos from famed two-time Grammy Award-winning guitarist and songwriter Steve Cropper (BOOKER T. & THE MGS, SAM AND DAVE, OTIS REDDING, THE BLUES BROTHERS) on two iconic tracks he co-wrote, Wilson Pickett‘s “Midnight Hour” and Otis Redding‘s “Sitting On The Dock Of The Bay”. Digital and vinyl pre-orders go live today and will coincide with an instant advance single of Suzi digging into the CREEDENCE CLEARWATER REVIVAL classic “Bad Moon Rising”. “Uncovered” will be a global release for Sun Records which for decades had largely only focused on its catalog.

“Since I first picked up a bass guitar and started playing and singing in my first band in 1964, many artists helped show the way,” says Quatro. “I honor them here with this eclectic choice of songs. Every one of them is here for a reason. Thank you all for your inspiration.”

Quatro is the trailblazing Queen Of Rock’ N’ Roll. Not only a global legend who has sold over 55 million records worldwide, she is also a record producer, actress (“Happy Days”, “Minder”, “Absolutely Fabulous”, “Dempsey And Makepeace”, “Rock School”),poet, author and radio presenter (BBC Radio 2).

Detroit-born Suzi grew up in a musical family, forming her first band THE PLEASURE SEEKERS aged just 14 with her sisters, they recorded three singles. In 1971, Suzi moved to England to work with celebrated producer Mickie Most. She first came to the attention of the British public as a support act alongside THIN LIZZY on SLADE‘s first nationwide tour of the U.K. Then in 1972 she released her first single as a solo artist, “Rolling Stone”. A string of hits followed, including two Number 1 songs, “Can The Can” and “Devil Gate Drive”. In 1999 Suzi began her radio career with a series of weekly programs and notable documentaries on BBC Radio 2. In 2006, Suzi was nominated for “Music Broadcaster Of The Year” at the Sony Music Awards. She is the recipient of the “Woman Of Valor” award from the organization Musicians For Equal Opportunities For Women. Suzi was inducted into the Michigan Rock And Roll Legends Hall Of Fame (2013) and, in the same year, received the Distinguished Lifetime Achievement Award at the Detroit Music Awards.

Quatro continues to perform live, playing over a hundred shows worldwide each year. 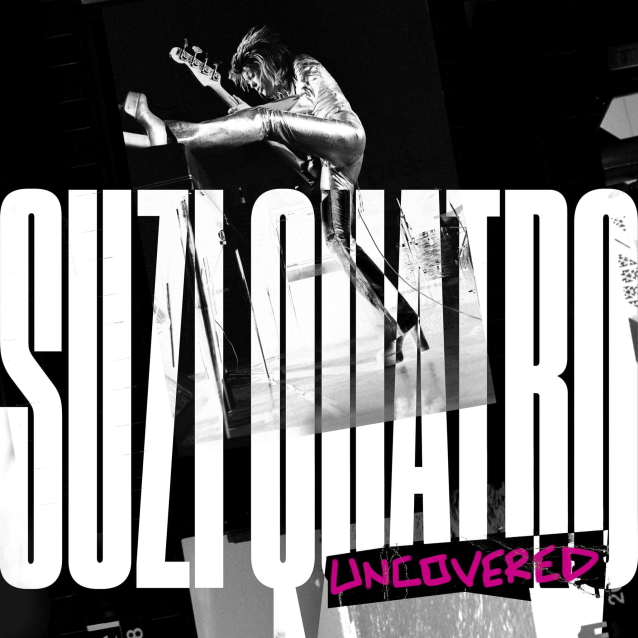 LE SSERAFIM’s Chaewon Used To Be Very Worried About Eunchae, But Something Changed Her Mind For Good