Suede are rumoured to be performing an intimate secret gig in London tonight.

The band, who are due to release their ninth album ‘Autofiction’ on September 16, appear to have been pictured loading their live gear into the 300-capacity Moth Club in Hackney today (September 5).

You can see the image in question below. 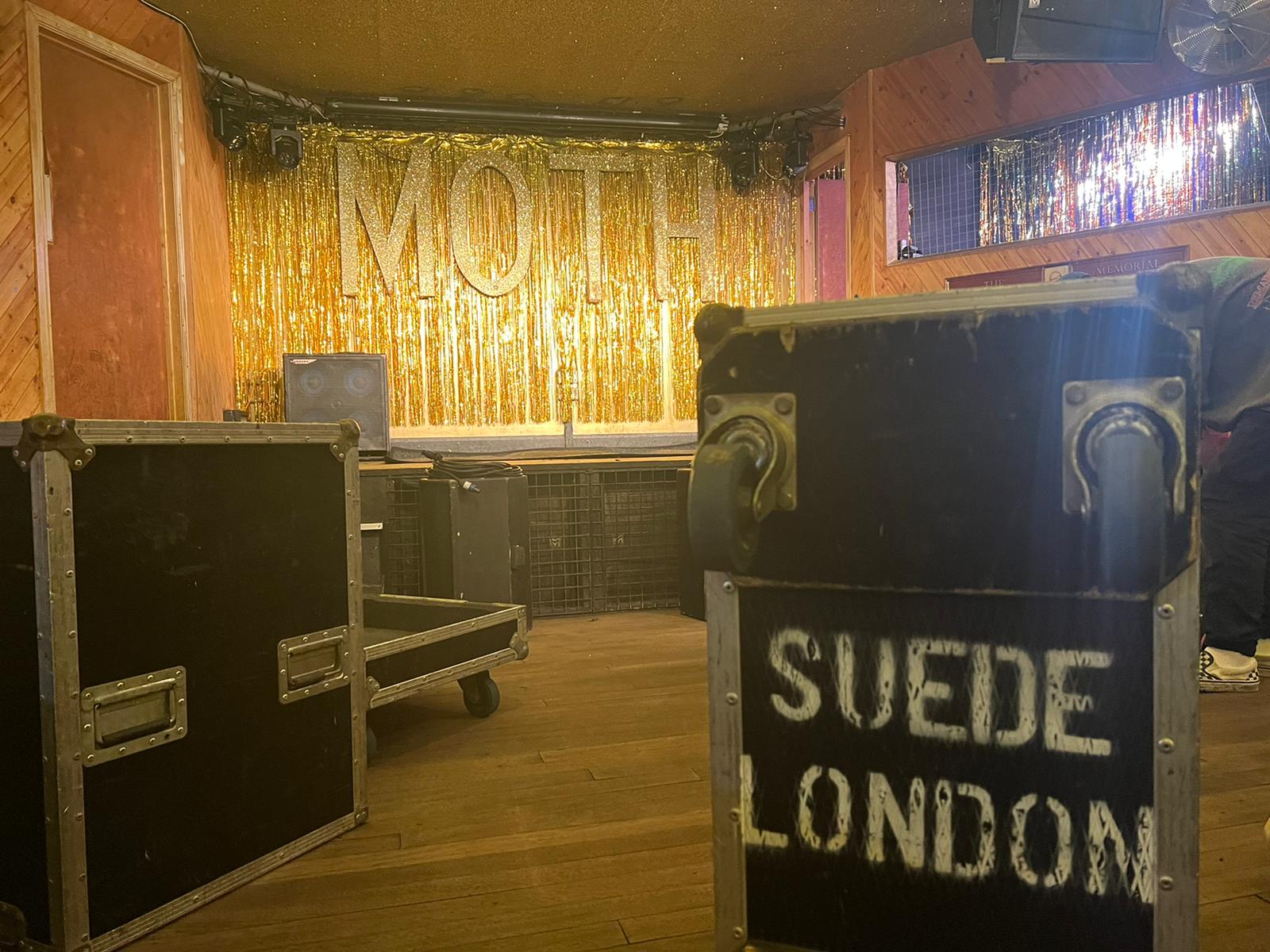 According to Dice, the Moth Club is hosting the debut show from an unknown act called Crushed Kid this evening. In addition, they’re due to perform at The Deaf Institute in Manchester tomorrow (September 6).

The latter venue describes Crushed Kid as a “brand sparkling new post punk band”. ‘Crushed Kid’ could also be viewed as a synonym for ‘Suede’.

The mystery group shared their first single ‘Shadow Of My Former Self’ on SoundCloud last month. On that same day 25 years ago, Suede’s ‘Implement Yeah!’ B-Side received its live debut at Reading Festival 1997.

During an interview with NME in May, frontman Brett Anderson described ‘Autofiction’ – the follow-up to 2018’s ‘The Blue Hour’ – as Suede’s “punk record, and we’re fucking proud of it”.

Last Friday (September 2) saw Suede release a new single called ‘That Boy On The Stage’, the latest preview of the forthcoming ‘Autofiction’. The gritty track sees Anderson take an “outer view” of the alter ego he adopts for the group’s live gigs.

It followed on from the recent songs ‘She Still Leads Me On’ and ’15 Again’.

Elaborating on the reason behind Suede’s shift in direction, Anderson told NME earlier this year: “As a band evolves, you’re looking for new ways to keep yourself excited. Audiences aren’t stupid, they can see through stuff.

“As soon as you get bored of what you’re doing, the audience get bored. You’ve got to find different definitions of what makes your band your band without self parody or drifting into pastiche. It’s a tricky balancing act.”

Suede are set to embark on a UK record shop tour later this month, before a run of intimate UK and European dates take place in October – you can see the band’s upcoming schedule below.

The LOX Are Working With Diddy To Get Their Publishing Back