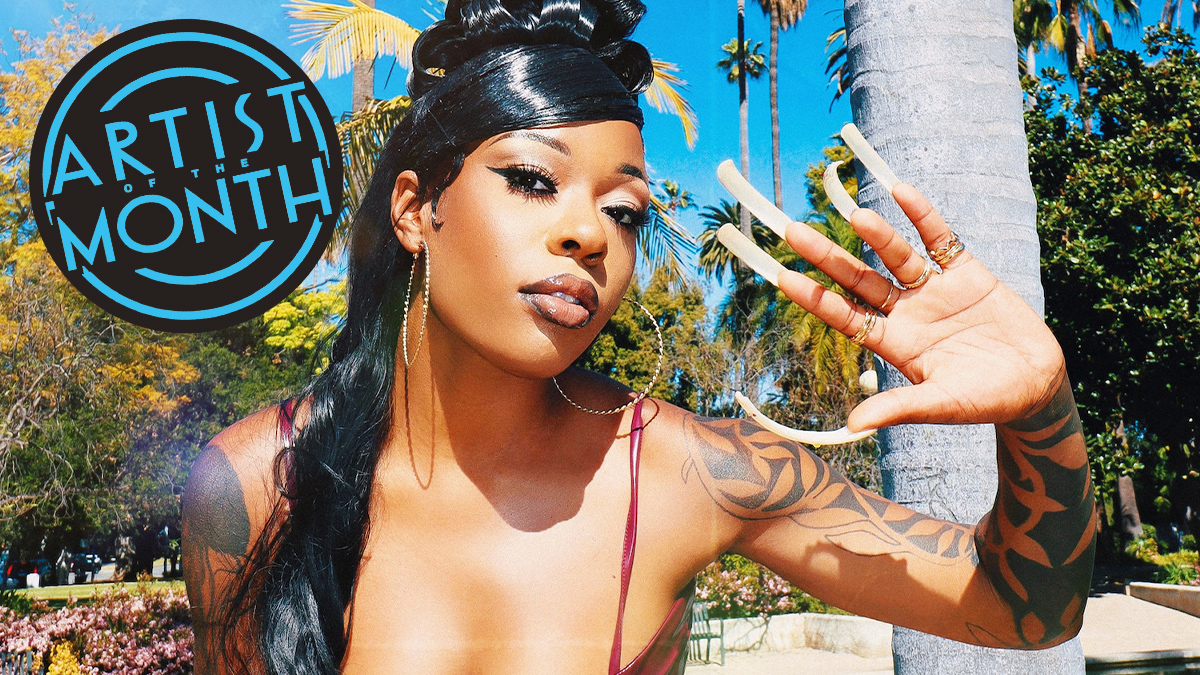 Artist of the Month is an accolade given to up-and-coming artists who stand on the brink of stardom. For September 2022, we interview singer and songwriter Sudan Archives about her new album, Natural Brown Prom Queen.

“People just play by ear,” Sudan Archives‘ mother says on “Do Your Thing (Refreshing Springs),” the 13th track of the stellar new album Natural Brown Prom Queen, arriving Friday, September 9th. “Get up there and just listen to your note. Find a note that you hear in your ear and just ad-lib off of that.”

The fact that Sudan learned violin by ear is flabbergasting to this writer. I banged away at that instrument with the help of sheet music and a middle-school orchestra teacher, and even so, my mother says her ears never recovered.

“Well, at first I did have some middle school training,” Sudan Archives acknowledges. “But what was annoying was, I moved around so much that I couldn’t stay in it.”

She did know “how to hold it and read certain notes. But when I went to different schools, they just had bands, not orchestra.” She didn’t plan to learn by ear, but eventually she realized, “If I really wanted to play this instrument, then I would have to.”

That decision led her on a sonic journey. “The violin is not a Western instrument,” she says. “It’s like an African instrument. It’s like a fiddle instrument. It’s a Celtic instrument. It’s pretty much whatever you want it to be, but in America, you have a Westernized view of everything.” Sudan says that her “whole mission is to basically show those other views in a creative way.”

Zedd at Story Nightclub in Miami on Oct. 28th

Michael Rapaport Goes Off On DJ Akademiks For His ‘Dusty’ Remarks

Eminem Admits Drug Addiction Was At Its Worst When Proof Died