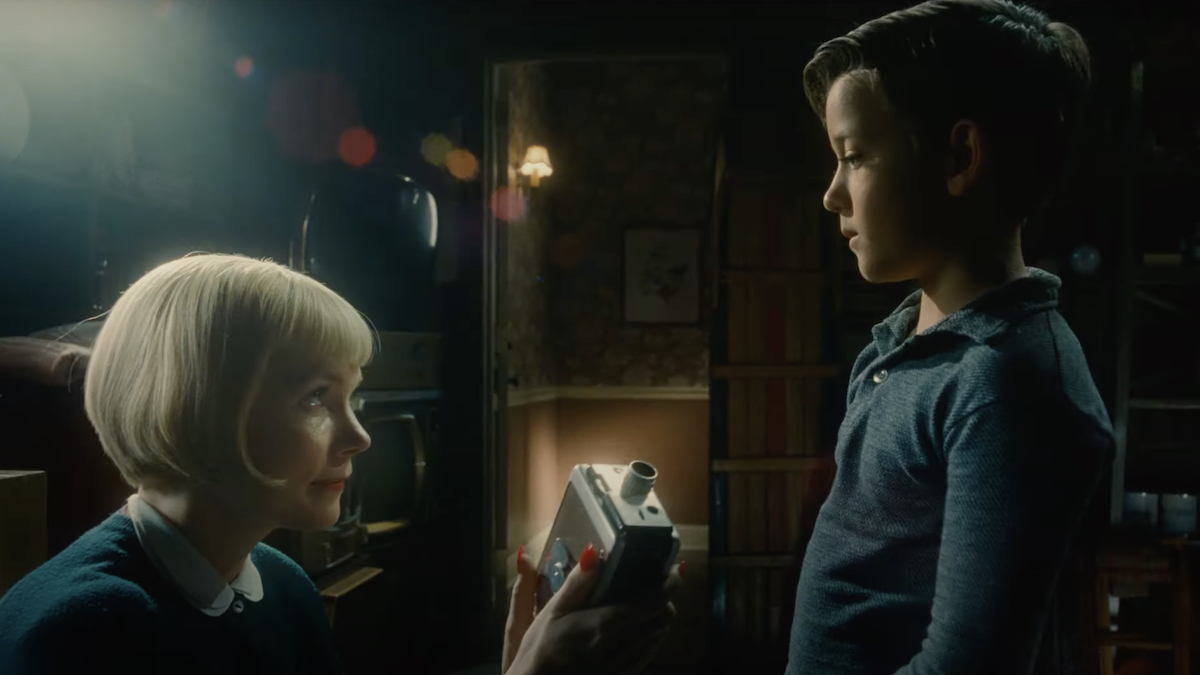 The first trailer for Steven Spielberg’s semi-autobiographical feature film, The Fabelmans, has arrived and it looks to be quite the coming-of-age spectacle. Watch the preview below.

Gabriel LaBelle stars as Spielberg’s teenage stand-in Sammy Fabelman, an aspiring filmmaker in post-World War II Arizona with a supportive, artistically-minded mother, strikingly inhabited by Michelle Williams, and a successful scientist father, played by Paul Dano. Over about a decade, the movie tracks Sammy as his budding hobby develops into a full-blown obsession that is simultaneously praised and judged by his parents, community, and family friend/”funcle” Bennie (Seth Rogen).

The cast also features Judd Hirsch as Sammy’s biological Uncle Boris, Jeannie Berlin, Robin Bartlett, Julia Butters, Keeley Karsten, and David Lynch in a previously-announced mystery role. It was directed by Spielberg from a script he co-wrote with frequent scribe Tony Kushner. In addition, the filmmaker brought back many of his trusted collaborators including composer John Williams, editors Michael Kahn and Sarah Broshar, and Lincoln production designer Rick Carter.

The film debuted on Saturday, September 10th at the Toronto International Film Festival and received several lengthy standing ovations, according to Variety. Regarding his decision to finally launch the long-gestating project due to the onset of the COVID-19 pandemic, Spielberg told the audience: “As things got worse and worse, I felt that if I was going to leave anything behind, what was the thing that I really need to resolve and unpack about my mom, my dad… This film is, for me, a way of bringing my mom and my dad back.”

The Fabelmans will reach theaters on a limited rollout starting November 11th, followed by a wide release on November 23rd.

GARY MOORE: Official Biography By HARRY SHAPIRO Due In September