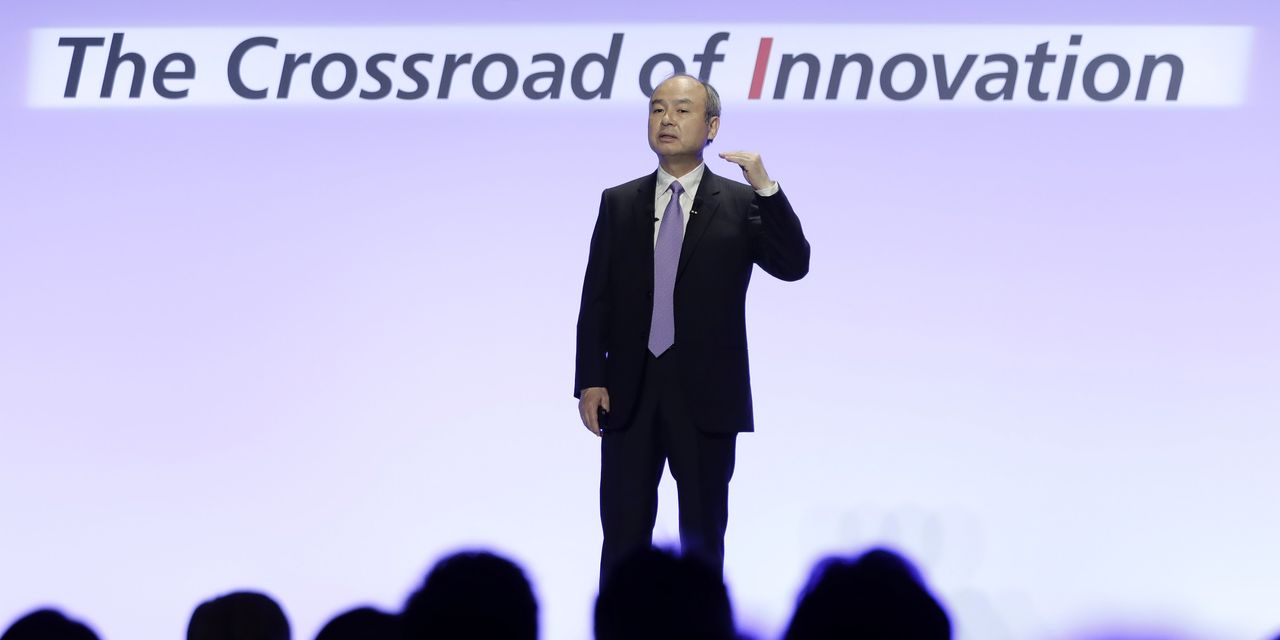 The figure, the highest ever for any Japanese company, caps a wild year in which the technology investor rode roller-coaster stock markets from the lows at the beginning of the coronavirus pandemic to recent highs.

The numbers were driven largely by a gain of nearly $58 billion at the $100 billion Vision Fund and its successor. A series of companies in the fund’s portfolio have gone public, taking advantage of the rising stock market.

The Vision Fund’s biggest win was a $24 billion investment gain from its nearly 40% stake in South Korean e-commerce company Coupang Inc., which listed in March. SoftBank also logged gains from food-delivery company DoorDash Inc., DASH -9.27% which had a public offering in December, and the sale last year of a controlling stake in U.S. telecom company Sprint Corp.

SoftBank tripled the amount of capital it has pledged to its second Vision Fund, to $30 billion, showing little concern about shakiness in technology shares and the broader stock market in recent days.

SoftBank’s profit in the year ended March 31—¥4.99 trillion, equivalent to $45.9 billion—is the biggest validation yet of Chief Executive Masayoshi Son’s decision a few years ago to shift the conglomerate’s primary business to tech investment from telecommunications—a decision viewed with skepticism for years, especially when missteps at the Vision Fund cost the company billions of dollars in 2019 and early 2020.

SoftBank’s fiscal-year profit is roughly double that of Toyota Motor Corp.’s previous Japanese record, according to data from S&P Global Market Intelligence. It puts SoftBank in a league with tech stars such as Google parent Alphabet Inc. or Microsoft Corp. , whose annual profit records are in the $40 billion range, the data show.

What do you think the future holds for SoftBank? Join the conversation below.

The results had Mr. Son waxing nostalgic about the days in 1981 when he started SoftBank in a small town in southern Japan and dreamed of building a company that would earn trillions of yen in revenue and profit.

“We can finally count our revenue and profit” in those terms, he said at a press conference in Tokyo, standing in front of a black-and-white photo of a railway crossing in the town and reminiscing about the excitement he felt as he listened for the oncoming trains. “This photo expresses SoftBank’s 40-year history.”

SoftBank’s outsize profits are largely due to the red-hot performance of global stock markets during the past several months. They could evaporate if shares take a dive, since the bulk of the company’s investment gains are on paper, as Mr. Son acknowledged. Bouncing around between profits and losses depending on the market’s movements will be the new normal, for SoftBank, he said.

Mr. Son said he had plenty of regrets about his investments. He mentioned WeWork, a U.S. office-share company whose plummeting valuation left SoftBank with billions of dollars in losses, and Greensill Capital, a lender that filed for insolvency protection in March.

But Mr. Son said his biggest regrets are about the companies he missed investing in. “I’m still not satisfied,” he said.

SoftBank has spent much of the past year selling assets, buying back shares and stocking up on cash to ensure it was strong enough to ride out the pandemic.

Why DoorDash and Uber Eats Delivery Is Costing You More

In one of its first such moves early last year, the company unveiled a plan to buy back ¥2.5 trillion, the equivalent of around $23 billion, of its own shares in a little more than a year. At the time, that was equivalent to 45% of its stock. That repurchase is now complete, as is a pledge to spend another ¥2.5 trillion on retiring debt and bulking up its cash reserves, SoftBank said Wednesday.

Investors have credited the buyback with helping spur the big rise in SoftBank’s shares, which are now trading slightly under all-time highs, and many are eager for the repurchases to continue.

Mr. Son said the company might conduct further buybacks if necessary but had no plans to do so now. He said SoftBank wanted to keep a healthy balance sheet and needed the wherewithal to take advantage of investment opportunities.

SoftBank shares ended at ¥9,180 on Wednesday, nearly double their price a year ago.

After nearly a year and a half of slower deal-making, SoftBank has recently picked up the pace of investments—largely through its second Vision Fund, which the company is funding on its own after failing to attract outside investors.

The fund currently has investments or commitments to invest in 95 firms, almost 70 more than it had at the end of December. That brings to 224 the number of portfolio companies at the two Vision Funds and a third pool that targets Latin America.

Although SoftBank initially hoped to attract outside investors to Vision Fund 2, as it did with the first fund, the company has now amassed enough cash to continue investing on its own and won’t be looking for new contributors any time soon, Mr. Son said.

The first Vision Fund, which for many months was underwater, is now logging a return of 1.7 times its invested capital, said a person familiar with the fund’s metrics. As of the end of March, it had racked up $57.1 billion in investment gains, 84% of which was still on paper because it hadn’t sold the shares, he said.

Most of those gains come from portfolio companies that have gone public, meaning SoftBank could cash in relatively easily, he said.

What You Need to Know About Investing