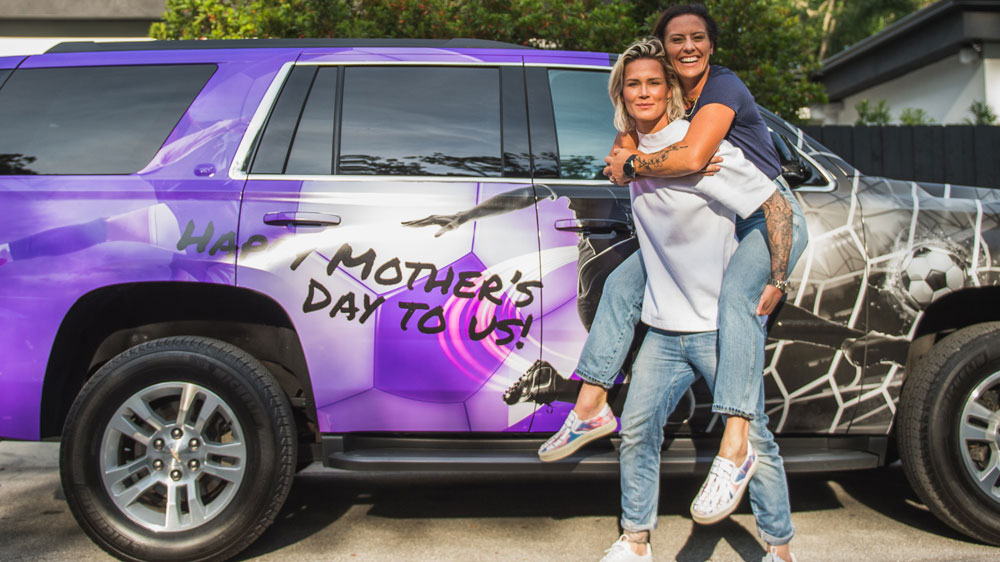 “I was taken aback by that because I feel like every kid, including trans kids, should have the opportunity to play the sport they love to play,” Krieger told Variety while promoting her and Harris’ Mother Days campaign with Hertz. “And because they want to learn the important life lessons that sport teaches you and gives you and be surrounded by other young kids and to feel like they belong — that is the ultimate goal for our youth, is to feel like they belong, to love what they do and have fun. To have that opportunity is key. No matter if you’re trans or part of the LGBTQ community or queer or anything, you should be allowed to play.”

Jenner, who is running as a Republican candidate for California governor, told TMZ earlier this month that she doesn’t support trans girls competing in all-female sports in schools. “It just isn’t fair,” she said. “And we have to protect girls’ sports in our schools.”

LGBTQ activists were quick to condemn the former “Keeping Up With the Kardashians” star, an Olympic gold medalist who came out as trans in 2015.

Facebook Board Readies For Its Biggest Decision Yet: Whether To Reinstate Trump

“When you think about sports in general, it is literally to connect and unite us to create a safe space,” Harris said. “That is what sport is about. We can’t be segregating or making these laws where trans youth can’t be a part of things. I’m disappointed. I’m disappointed in the state we live in, Florida, for continuing to come up with these laws to just separate this community. I’m just disappointed. We still have a lot of work to do.”

Krieger and Harris, who married in December 2019 and play for the Orlando Pride, will celebrate their first Mother’s Day as new moms following their adoption of baby daughter Sloane Phillips. “To be a gay couple and to have this much visibility, I just wish I had all of this when I was a kid and I was trying to figure out all the things,” Harris said.

All the Details on Emily Brown, Regé-Jean Page's Girlfriend

Mitski Shares New This Is Where We Fall Song “The End”: Listen