For investors and governments eager to spot any sign of inflation as the global economy recovers from the coronavirus pandemic, Chinese factories are a good place to look.

The country this week released figures showing that the price of raw materials and goods leaving its factories rose at 6.8 per cent year on year, its fastest pace of growth in more than three years.

For nearly all of 2020, China’s producer price index was in negative territory as Covid suppressed demand. The recent and sudden rise is partly driven by the comparison with a year earlier and, with consumer price rises still below 1 per cent, the overall inflation picture is mixed.

But the data is nonetheless a sign of pockets of price increases emerging across China’s rapid recovery, where higher overall inflation is expected this year. It reflects a global rally in commodity prices that has been supported by China’s voracious demand as well as hopes that other big economies will bounce back too.

If you try to figure out what is the end demand here for this PPI recovery, it is global stimulus

“A combination of China and external factors led to this PPI surge,” said Robin Xing, chief China economist at Morgan Stanley. “It’s like a perfect storm.”

China’s PPI index is made up of prices of producer goods, such as wardrobes or washing machines, that factories sell to shops before they are sold on to consumers.

It also includes the prices of raw materials and commodities, such as coal, when they are sold from companies that extract them to businesses that use them to make goods.

It is the latter that has driven the recent surge in Chinese producer prices. Global commodity prices collapsed last year in the early stages of the pandemic and have since rebounded. This week, iron ore hit its highest level on record, while oil prices have recovered sharply from last year.

Xing estimates that 70 per cent of the April PPI increase is driven by commodities. That rally is tied to China’s recovery, which has been driven by strong industrial growth and a construction boom that led to record output of steel last year.

As such, the data reflects both the pace of China’s recovery, as well as a global commodity rally that it helped fuel and now extends beyond it.

For policymakers, one crucial question is whether higher producer prices will feed through to consumer prices. China’s consumer price index was just 0.9 per cent in April — its highest level in seven months, but far from a level that would generate immediate fears of broader inflation within China.

While economists expect a rise in CPI inflation in China this year, they suggest any reaction to this week’s data from the People’s Bank of China is unlikely. The portion of the producer price index that represents the prices at which businesses buy consumer goods, as opposed to raw materials, is up only 0.3 per cent year-on-year.

Analysts at HSBC noted that transmission from PPI to CPI would be “limited”, allowing policymakers to remain “accommodative”.

Ting Lu, chief China economist at Nomura, expects CPI inflation to rise to 2.8 per cent by the end of the year, with “pass-through” effects from PPI. But he suggested that the PBoC was unlikely to tighten in response to PPI, and that higher raw material prices instead posed a risk to Chinese demand and the wider recovery given controls on credit availability.

“For a typical borrower, $1bn six months ago may be enough to buy steel and cement to finish one project, but today it’s [maybe] not,” he said.

While the PBoC has not increased official rates since lowering them last year, the Chinese government has nonetheless tightened credit conditions over recent months.

It has also taken measures to rein in both its property sector, on concerns that easier money would encourage asset bubbles, and its steel sector, which has churned out the metal at a rate that threatens new environmental commitments.

China’s gradual decarbonisation ambitions and any production cuts they lead to within the country are seen as constraints on supply, buoying the price of commodities further.

Beyond raw materials, economists are closely watching other shortages. Iris Pang, chief economist for greater China at ING, said producer price inflation would be followed by chip inflation. A shortage of semiconductor chips, she said, was already beginning to drive price increases for consumer products such as washing machines and laptops.

While the PPI index shows a much weaker increase in consumer goods than it does for raw materials, on a month-on-month basis there are notable rises. Durable consumer goods are up 0.4 per cent month-on-month in April, the fastest pace of growth since at least 2011, according to CEIC, a data company. 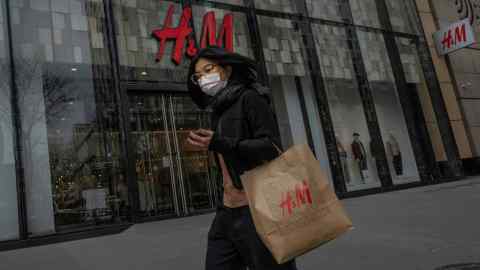 Apart from domestic construction within China, part of the demand for raw materials has been to drive the production of goods that are exported to western countries.

Data on Friday showed Chinese exports leapt 32.3 per cent year on year in April. But even when compared with April 2019, before the pandemic, the rise was about 16 per cent on an annualised basis, Morgan Stanley estimated.

Competition between producers in China means this does not necessarily imply inflation for consumers overseas. Instead, China’s recent PPI jump hints at just one of the global effects of western responses to the pandemic.

“If you try to figure out what is the end demand here for this PPI recovery, it is global stimulus,” said Xing. “External demand led to China’s export recovery, [and] now it’s far beyond its potential growth”.

10 Undisputed Wardrobe Essentials Everyone Needs in Their Closet