TVING has released a special poster for its new drama “Yonder”!

“Yonder” is based on an original work that revolves around future and virtual reality. It is about a man who lives in agony because he can’t forget his wife who died of cancer. One day, he receives a mail and chooses to reunite with her after abandoning his body. The drama will depict a world where one can live forever without death and make viewers wonder about the meaning of eternal life, death, memory and oblivion, happiness and unhappiness.

Shin Ha Kyun will be playing Jae Hyun, a reporter at Science M who lives an empty life after his wife’s death. Han Ji Min will be taking the role of Jae Hyun’s late wife Yi Hu. She signs a mysterious contract just before choosing euthanasia, which leads her husband to a different world called Yonder.

The special poster is to commemorate Yonder’s invitation to the 27th Busan International Film Festival. It features Jae Hyun, who is heading to the mysterious place called “Yonder” where his wife Yi Hu is waiting for him. Yi Hu asked him to come to Yonder, and the poster shows Jae Hyun’s response as he exudes a sense of loneliness. The text on the poster reads, “I’ll go where you are,” stimulating curiosity about what Yonder really is and how the couple will reunite there. 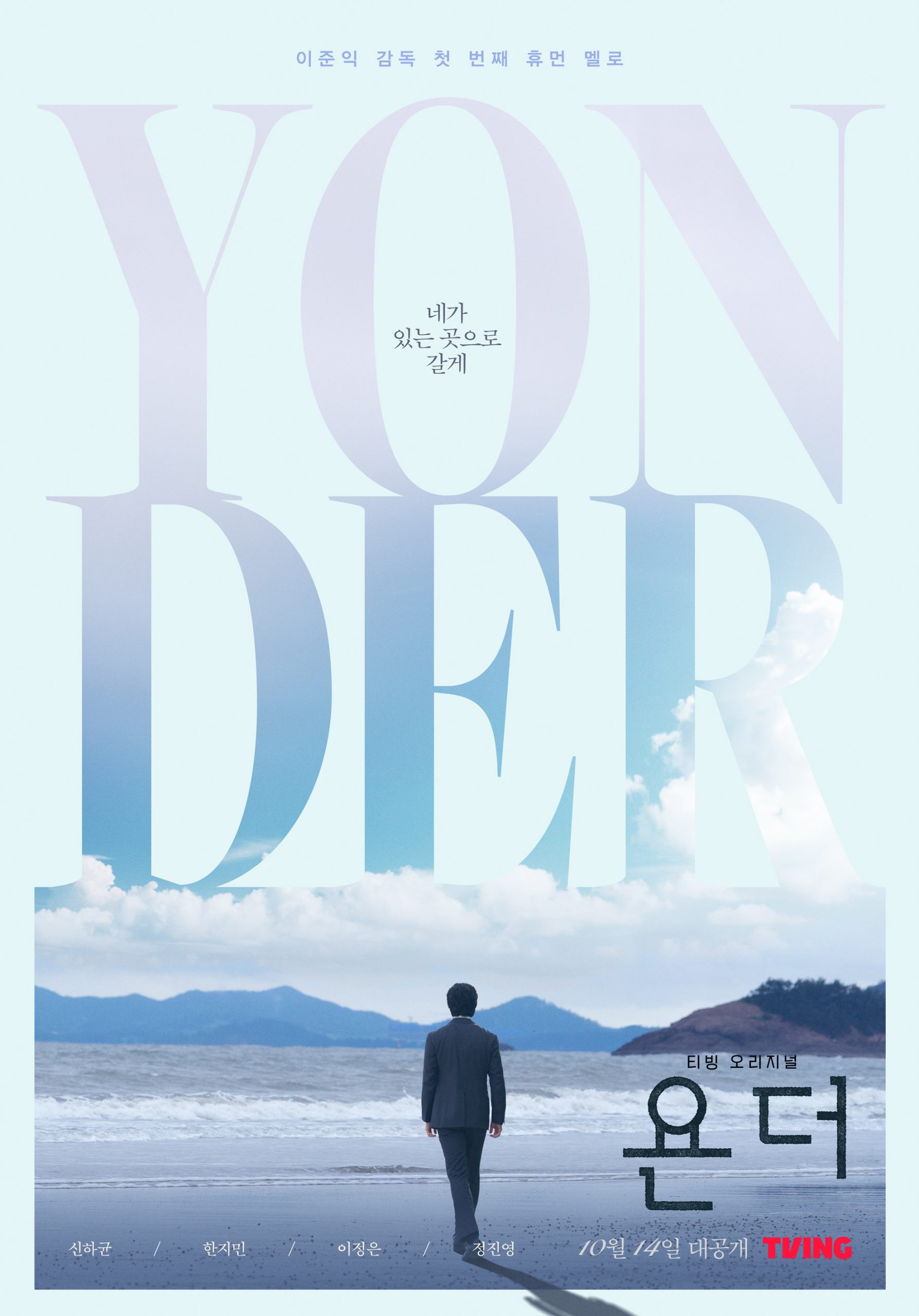 The producers of the drama teased, “A well-made human romance that unravels different topics and themes with lyrical sensibility will be born.” They asked viewers to look forward to the more than perfect synergy of director Lee Joon Ik, Shin Ha Kyun, and Han Ji Min.

“Yonder” will premiere on October 14.

Check out Shin Ha Kyun in “Fix You” here!

‘The Last of Us’ Video Game is Being Turned into a TV Show; Watch...