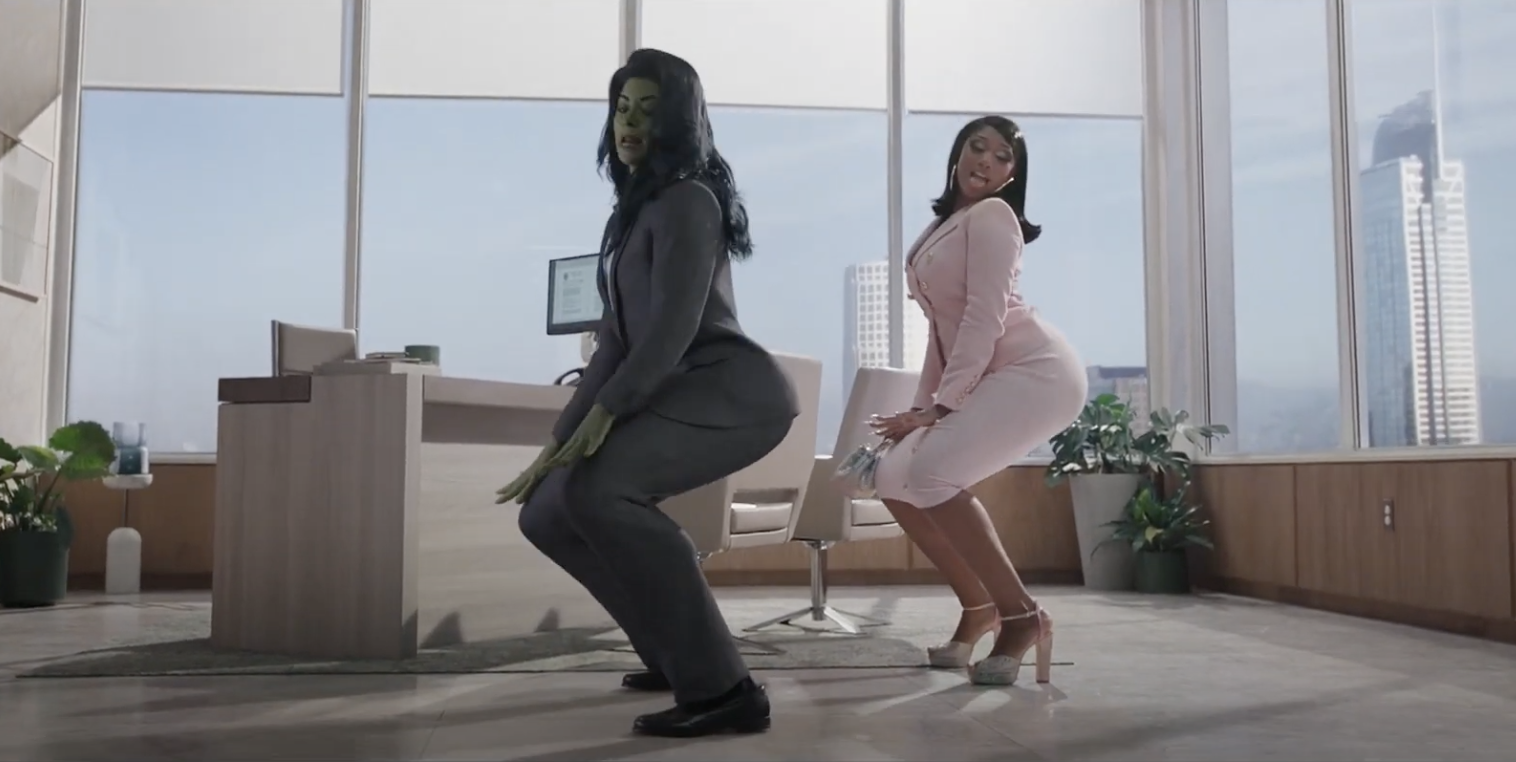 Megan Thee Stallion and She-Hulk have one thing in common, they both have knees made for twerking.

Earlier in the week, the hotties and MCU fans were buzzing when it was revealed by Deadline that Megan Thee Stallion was joining the MCU, but they didn’t know exactly what that entailed. We now know what that is following Thursday’s (Sep.1) episode of She-Hulk: Attorney At Law.

In the episode, Megan Thee Stallion finds herself in the middle of a mystical catfishing scenario when a mischevious light elf deceives Augustus “Pug” Pugliese by pretending to be the Houston rapper. The Traumazine crafter shows up in the episode in court and later signs on to become one of Jennifer Walters/She-Hulk’s (Tatiana Maslany) clients.

To celebrate the occasion, Thee Stallion and She-Hulk decide to twerk to the rapper’s hit record “Body.” The hilarious scene ends with Megan Thee Stallion telling her superhero attorney, “you are way more fun than my last lawyer,” with She-Hulk responding, “I will kill for you, Megan Thee Stallion.” The Stallion has to reel in her new lawyer and tells her to “dial it back.”

According to reports, the scene only happened because Masalany is a fan of Thee Stallion and was added to the script on the day the scene was shot. Oh, and She-Hulk’s twerking is not a product of CGI. That’s Masalany busting out the impressing twerking skills.

We hope this isn’t the last time we see Megan Thee Stallion in an MCU property. One thing is sure, Thee Stallion is now canon and exists in the Marvel Cinematic Universe. That’s a pretty big deal.

Do you think She-Hulk can help get her out of that crappy label deal?