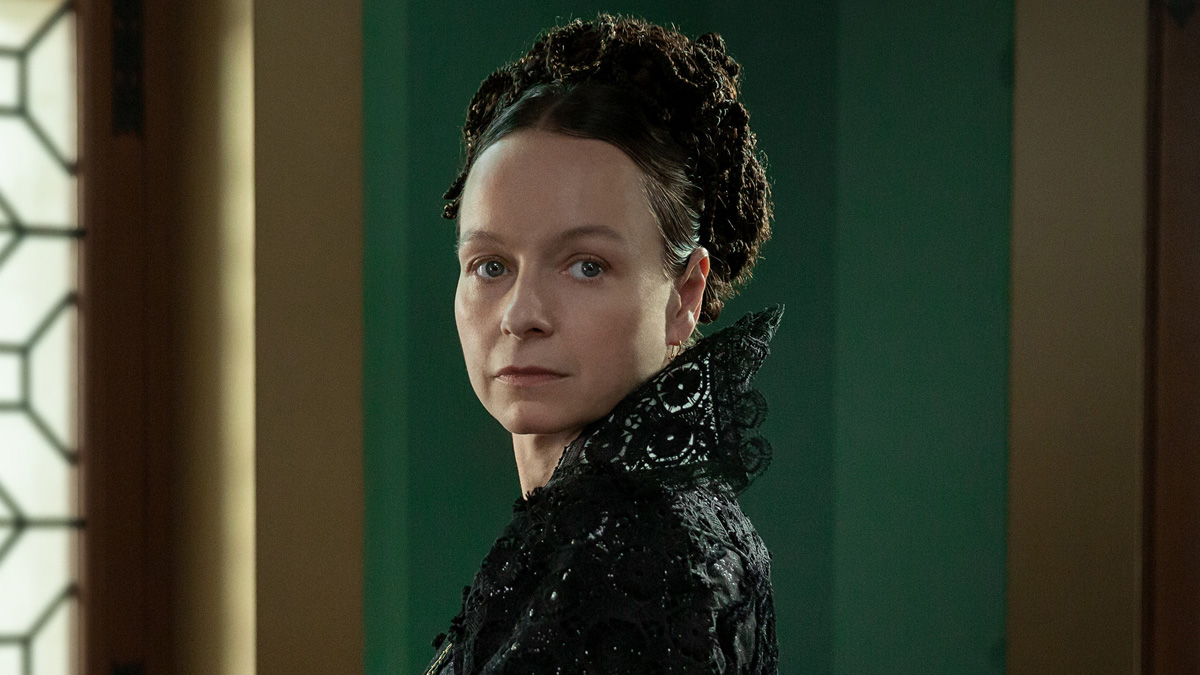 The new Starz series The Serpent Queen brings modern flair and an extremely unreliable narrator to the well-worn genre of period dramas, as an older Catherine de’ Medici (Samantha Morton) tells a servant girl (Sennia Nanua) about how her younger self (Liv Hill) came to control France for decades.

In Morton’s hands, Catherine is a fascinating and complex character, and when speaking with the Oscar-nominated actress via Zoom, I really wanted to ask her about playing powerful women, a recent theme in her work. But I also admitted to her that I felt a little silly about it, as film and television currently feature a ton of examples of powerful, strong, and nuanced female characters.

Morton, it turns out, agrees with that, but also says “there’s still not enough. I think in television, they’re really embracing that, but in Hollywood, they haven’t embraced it yet in the way they should. We need more female writers and we need more female stories. People need to know that women will go and watch this, because you have fifty-fifty [percent men and women] on the planet, you know, not everybody wants to watch the male view.”

As Morton continues, “We just need a bit more equality. In British cinema as well — they’re petrified of our stories. They allow us maybe one or two, every once in a while. Because then we need guy stories, guys winning wars, guys fixing the problem, guys making people laugh. It shouldn’t be a feminist issue. It should just be equality. It’s, you know, half and half. It’s a no-brainer.”

Morton’s position on this is striking, especially after hearing her break down how so many of her roles have featured powerful women whose misdeeds come from relatable places, including child-killer Myra Hindley in the dark HBO biopic Longford or, more recently, the ruthless Alpha on The Walking Dead. Below, transcribed and edited for clarity, she explains to Consequence what made Catherine de’ Medici specifically so intriguing for her, and why she has no interest in playing superheroes. (Her answer has a lot to do with who she thinks the real heroes are in this world.)