Book Club is a monthly series from Speedy Ortiz’s Sadie Dupuis, exploring the literature that inspires some of our favorite musicians. Whether it’s a music biography that got them through the slog of tour, the poetry collection that eked into their most poignant lyrics, or the novel that sparked a rock opera, we’ll get to the bottom of it so you can add it to the top of your book stack. This month, we speak to Mike Hadreas, a.k.a. Perfume Genius.

Perfume Genius’ Mike Hadreas studied to be a painter, and he brings that honed sense of aesthetic balance to his songwriting, too. “When I’m writing lyrics for my songs, I like to see them written out,” he says. “And I think about that when I’m reading poems—how the words look together.”

Poetry played a major role in Hadreas’ first two records, 2010’s Learning and 2012’s Put Your Back N 2 It; these days, his writing is more in tune with the economical worldbuilding of his favorite short stories. His bookshelves are stacked with sci-fi and fantasy, and he refers to some of his favorite books as “trashy” several times before clarifying that each one is actually good. “I guess when I was younger I used to read things that were a lot more difficult—not that there’s anything wrong with engaging with crappy shit,” he submits as a caveat.

“Sparagmos was one of the things I was reading about a lot during the dance record,” he tells me. “During a Bacchanal, the women would rip a bull apart with their bare hands, and that happened so frequently that they gave that action a name.”

With just a week to go before the start of touring for Ugly Season, Hadreas—originally from Seattle—Zoomed with me from his and partner Alan Wyffels’ Los Angeles home, where he was able to virtually show off their collection of art books. There is one much-wanted book that’s absent from the stack—Les Dîners de Gala, a surrealist cookbook first published in 1973, featuring dinner party recipes served by Salvador and Gala Dalí. “It looks pretty intense. I saw one in a bookstore and I don’t know why I didn’t get it. I didn’t wanna lug it around on tour, I guess,” he laments. Luckily, the book was repressed by Taschen in 2016—hint, hint to anyone hoping to congratulate Hadreas on the newest Perfume Genius release, out June 17 on Matador.

SPIN: What “trashy” books are you loving these days?
Mike Hadreas: I don’t want to hurt anyone’s feelings by calling their book trashy! I think I just meant I’m picking things that are really plotty. I loved Children of Time [by Adrian Tchaikovsky], a sci-fi book with a really cool spider in it named Portia. I loved The Library at Mount Char [by Scott Hawkins], which was more fantasy, I suppose. Vita Nostra [by Marina and Sergey Dyachenko] is a weird [Ukrainian] book that’s supposed to be adult Hogwarts. There was lots of pee in it.

I liked Garth Greenwell’s Cleanness—It reminded me of things I read when I was younger, and it’s recent, you know what I mean? I love that energy. For fantasy, I like Naomi Novik. There’s a book called Spinning Silver; it’s a retelling of Rumpelstiltskin. There’s something surprising about the way she writes romance, in a very alien way.

Oh, I should talk about Octavia Butler! In my adult life, Dawn and that whole trilogy really shook me up and made me think. It’s been a long time since a book seasoned the way I look at people and think about relationships. It made me have a lot of questions I wasn’t asking myself before I read it.

How did you wind up collaborating with Ocean Vuong on the Set My Heart on Fire, Immediately liner notes?
We’d been friends online and I loved his book On Earth We’re Briefly Gorgeous, and I asked him if he’d write anything about my record. It didn’t matter what it was or what format. I was really honored. 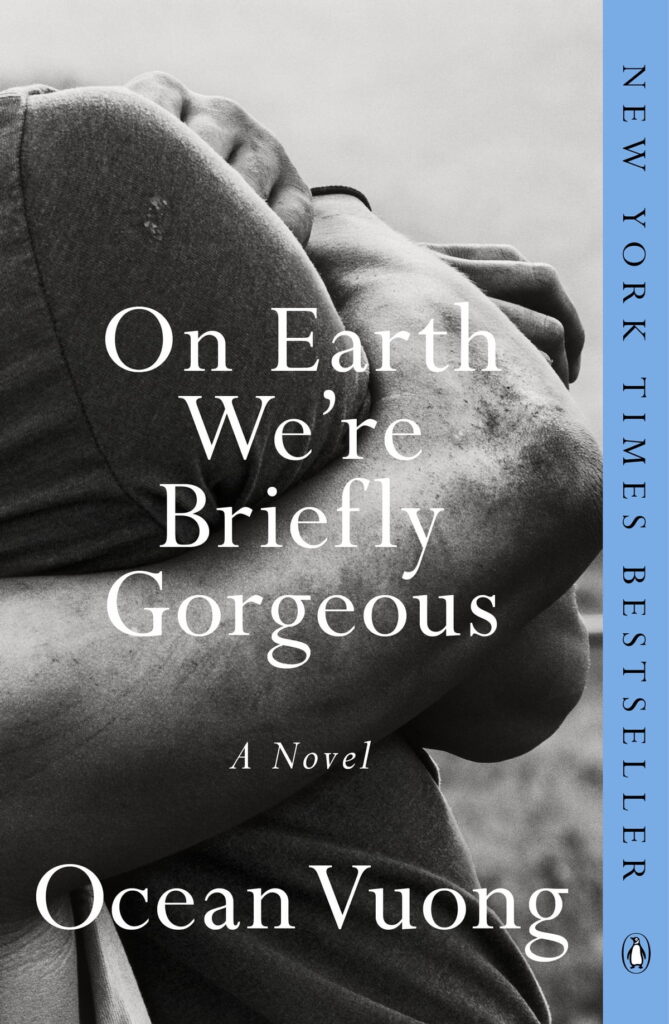 Are there other poets you love?
On my first record, I sang a poem [“When”] by Sharon Olds. And on the second one too, [“Dirge” by] Edna St. Vincent Millay. I thought it was going to be a recurring thing that happened each record, but after the second I haven’t sung a poem.

I loved the Sharon Olds poems because they’re sometimes sensational in a way I could see people being dismissive of. When you’re being confessional or telling a major truth, people can be dismissive—that it’s exploitative or something. Of course that can be true but I think there’s something fucked up about that kind of dismissal, and usually it’s a feminine person they’re dismissing. So that’s what resonated to me about a lot of her poems.

What other writing would you sing, if you continued that theme?
I haven’t been reading as much poetry, but I’m reading short stories more. The book I’m reading now is Rick Bass, it’s called For a Little While. The last story was kind of a romance—a Mormon girl and a boy in a neighborhood, sort of a slice of life thing. I forget that when things are written really well that’s enough to satisfy my time. Nothing needs to happen. But the older I get, the more I gravitate towards something where I need to know it’s going to be exciting or fucked up or extreme in some way, because that’s what going to keep me paying attention, or let me escape.

I do remember I bought a book of poetry by serial killers, with drawings they made in jail. And I dropped it mid-reading, because it was so dark-sided I didn’t even want to touch the book anymore. It made me think about why I bought the book, and what’s driving me to watch and read and listen to these things.

Do you and Alan ever swap books?
I don’t think we’ve ever read the same book! A book I really wanted him to read was Elmet by Fiona Mozley, probably my most recommended book of the past few years. I knew he would love it because so much of it is a story about a family who lives completely off the grid, which is something he would want to do. Whenever we go on long flights, I try to give him a good trashy book to read and he never really gets into it. We have different tastes, I guess. 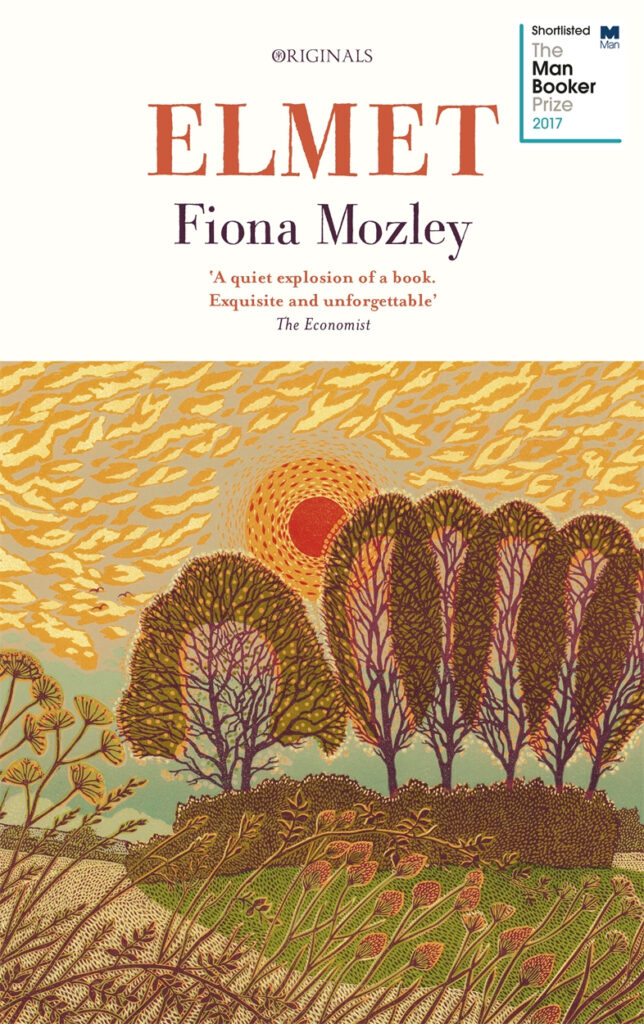 Now that you’re living in L.A., are there literary aspects of Seattle you miss?
Bookwise? There’s Elliott Bay in Seattle, and I don’t think I have a store that I think of in that way in L.A. If I’d done this interview 10 years ago, I would have more to say than I do now, and twenty years ago even more to say! When I was a teenager I would skip school and go to the public library and just sit there, and when I moved to New York [City] that’s where I’d go. Every day I would take the train to the library and sit and spend hours there. I remember reading Paul Auster the most in New York—it felt foreign to me, the same way New York felt foreign, so there was a weird parallel.

The name Perfume Genius comes from the book-turned-film Perfume—and I saw that you think that adaptation is pretty bad. Are there book adaptations that you like? 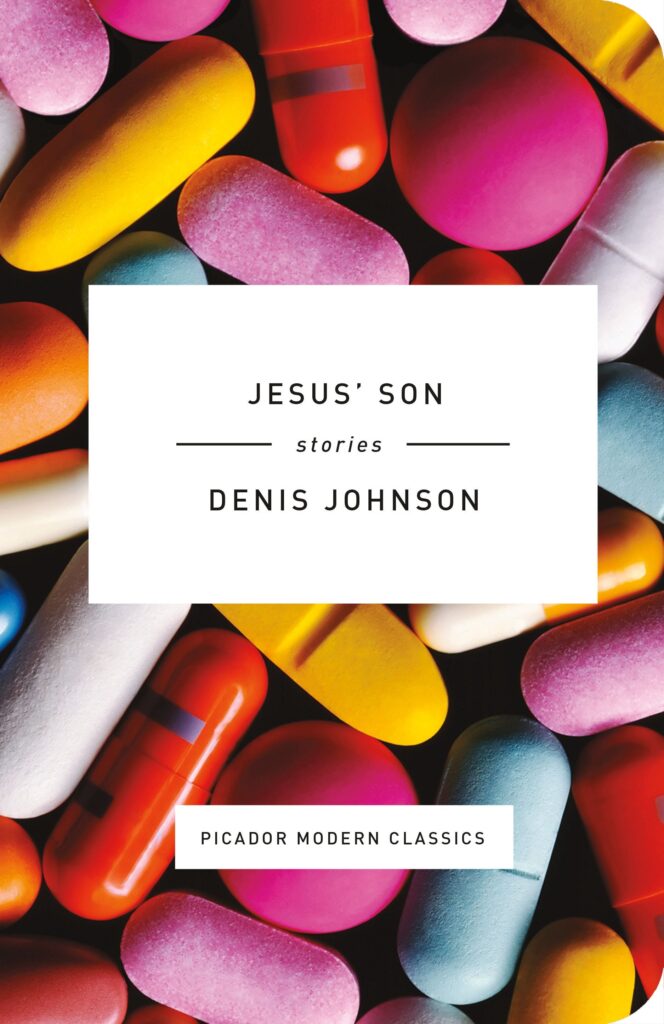 I loved Station Eleven, more than I remember liking the book [by Emily St. John Mandel]. I saw the movie Jesus’ Son, based on a Denis Johnson book. It’s a really underrated movie that I think holds up; I’ve been saying that for twenty years so I hope I’m still right. It’s really funny and sweet and weird. Before Night Falls, I loved the movie and the book [by Reinaldo Arenas] both. It has some songs on the soundtrack that are still touchstones for me. There’s this scene where a big hot air balloon is deflating and this Fairuz song is playing—she’s a Lebanese singer—and now I listen to her hymns all the time.

You published a photo book, Immediately, in 2020. Were there any art books that influenced you?
Let’s look. This is Camille Vivier’s book Twist, who took the album cover and all the surrounding art and photos that are in the Immediately book. I have one about mushrooms—I think this was a gift to Alan—called Mushrooms & Friends by Phyllis Ma; they’re beautiful pictures of mushrooms, an easy recommendation. My friend Kate gave me this book called Sacrifice Your Body by Roe Ethridge. It’s pictures—very me pictures, because they’re almost non-pictures. Just a pack of cigarettes in the water, that’s it.

You covered Leonard Cohen. Do you like any other musician-slash-writers?
I love his poetry. I actually stole a book of his poetry [The Spice-Box of Earth] from my high school library. He has a poem [“Beneath My Hands”] and one of the images is of a [sparrow] breathing—I don’t know if it’s dying, but if a bird’s on its back and you can see it breathing it’s probably not doing too well. It’s either dying or taking a really weird nap in public. 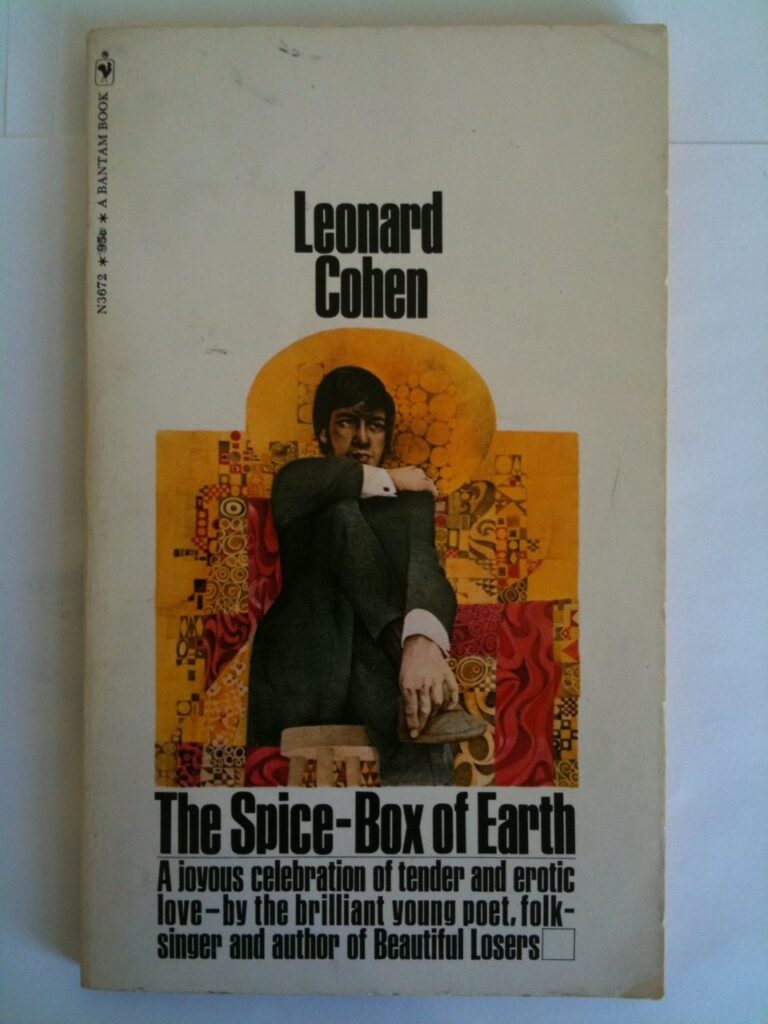 What negative thing could he possibly have said about you?
Someone played him one of my songs in the studio and he said, “This is the music of the Antichrist,” and walked out.

That’s a compliment!
It is! But it also means I can say something negative and not feel guilty.

Saba Is Building an Independent Rap Legacy With His Friends

Juneteenth, Fatherhood, and Change: “These Conversations Are So Important To Our Evolution and Our...