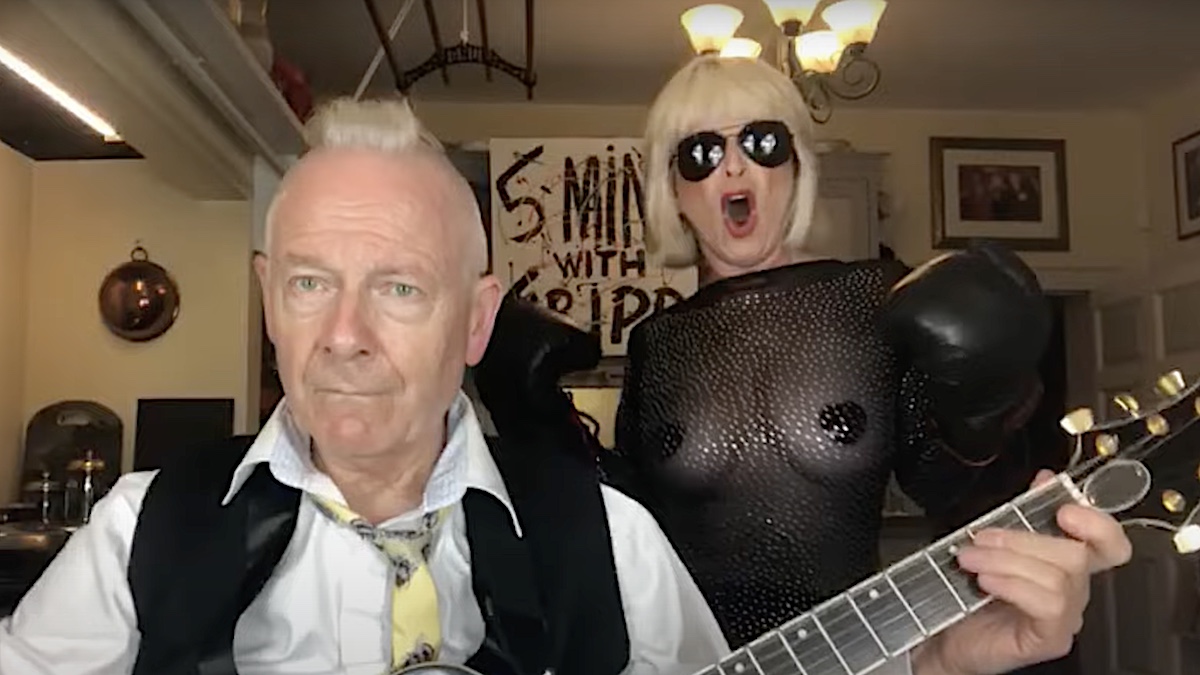 Robert Fripp and Toyah Willcox are paying close attention to the music stories making headlines these days. Case in point, the surprise reactivation of Pantera has got the married couple covering the legendary metal band’s “5 Minutes Alone” in the their latest “Sunday Lunch” performance.

For those out of the loop, surviving members Philip Anselmo and Rex Brown are bringing back Pantera for their first shows in more than 20 years, beginning with a series of festival dates in South America this December. Zakk Wylde and Anthrax’s Charlie Benante have the tall order of filling in for late brothers Dimebag Darrell and Vinnie Paul, respectively.

In their performance of “5 Minutes Alone,” Robert and Toyah pay homage to Pantera with a worthy cover of the standout track from 1994’s Far Beyond Driven. Robert, of course, is best known as the founding guitarist of prog legends King Crimson, but he gets his metal on while shredding Dimebag’s famous riffs.

Meanwhile, Toyah doesn’t dare try to mimic the powerful screams of Anselmo, but she does offer up a muscular vocal delivery, complete with a sheer top and boxing gloves.

Next year, the pair will embark on a “Sunday Lunch” tour, although no dates or venues have been announced yet. In the meantime, Robert will kick off a North American speaking tour later this month with his producer and manager, David Singleton (with tickets available here), while Toyah will support Billy Idol for a string of UK dates (tickets here) in October.

12 Best Songs of the Week: The WAEVE, Björk, The Big Moon, Marlon Williams,...