The Fab Fourum News Your Beacon for News
Home Featured R&B Singer B. Smyth Dead At 28 From Respiratory Failure


R&B singer B. Smyth has passed away at the age of 28 from respiratory failure.

The news was confirmed by the singer’s brother Denzil Smith on Thursday (November 17), with a video posted on Smyth’s official Instagram page.

“Today regretfully I have to announce that my brother has passed away this morning from respiratory failure after a long battle with pulmonary fibrosis,” Smith wrote. “My brother was very excited to see a lot of you create challenges for his latest released single #Twerkoholic part 2 while he was in the ICU, it really brought him a big smile to his face.

Florida native B. Smyth (real name Brandon Smith) made his musical debut in 2012 when he signed to Motown Records and released the 2 Chainz-assisted “Leggo.” He followed it up with the Future-assisted “Win Win” the following year, and released his first EP, The Florida Files.

In 2014, his single “Twerkaholic” became a hit for the young singer and it currently sits at over 17 million views on YouTube. As his brother mentioned, B recently released its follow-up, “Twerkaholic Pt. 2.” 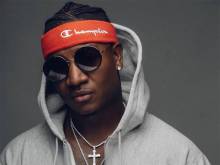 In 2016, Smyth signed with ByStorm Entertainment/RCA Records and released the Young Thug-assisted single “Creep,” the Rick Ross-assisted “Gold Wrappers” and more. His LightSkinKeisha collab “Ride Good” peaked at No. 14 on the Hot R&B Songs chart in 2018.

Since then, the singer has consistently released music, including his 2021 EP, It’s Yours For the Summer.

HipHopDX sends our condolences to B. Smyth’s friends and family.