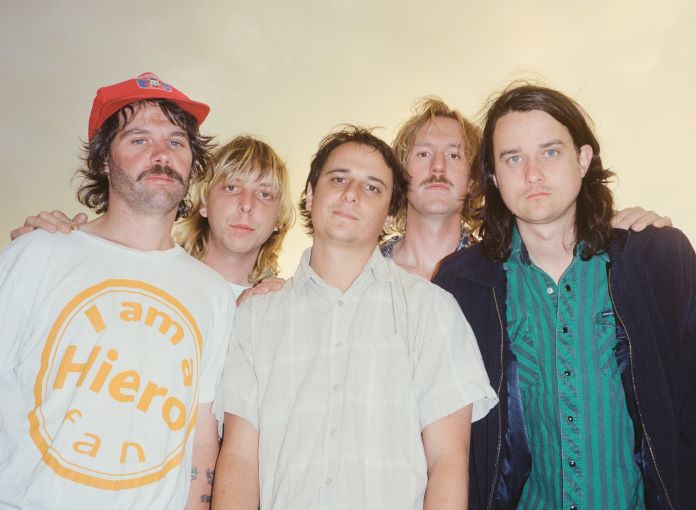 New Album Rapscallion is Due Out September 16 via ATO Records

Melbourne psych punk greats The Murlocs are back this week with a new record, Rapscallion, arriving September 16th via ATO Records. Recorded over the pandemic, the record sees the band diving into their stoner metal and hard-edged post punk influences, tracking misfit coming-of-age stories inspired by frontman Ambrose Kenny-Smith’s youth as a skate kid.

Ahead of the album’s release, the band have already shared their singles, “Virgin Criminal” and “Compos Mentis,” and today they’ve shared one last teaser from the record, “Bellarine Ballerina,” along with an accompanying video, premiering with Under the Radar.

“Bellarine Ballerina” initially leans into the band’s searing garage punk side, with a driving tempo, nervy guitar riffs, and a chaotic vocal performance from Kenny-Smith. In the latter half, the track takes on a more raw and sludgy style, slowing down the mayhem without dialing back the intensity. The lyrics follow the album’s main character, Rapscallion as he hitchhikes on Australia’s Bellarine Highway and is quickly picked up by a truck driver.

Kenny-Smith shares of the track, “Growing up on the Victorian surf coast I’d often find myself hitching rides up and down the Bellarine Highway. ‘Rapscallion’ finds himself experiencing this for the first time and is picked up by a Trucker that’s been behind the wheel for a little too long. In a matter of seconds, the Trucker is changing lanes and nudging up against every car that gets in his way. ‘Rapscallion’ is terrified for his life as buckles up and grabs a hold of the door handle waiting for the first moment to escape. Whilst being away on tour when it came to time to shoot the video, our good friend and collaborator Guy Tyzack took this concept in a different direction by hiring actors to even Michael Jackson impersonators to capture the chaotic mayhem of the song.”

Guy Tyzack says of the video, “‘’Bellarine Ballerina’ follows a hapless wannabe Ballerina, cast off to dirty street corners as no Ballet school would have him. He spends all day busking, trying to impress passers-by’s but to no avail… Only to receive threats and the occasional beer can to the head. After a pathetic day of pirouettes on street corners he catches the eye of a mysterious lady beckoning him into a red-lit underground tunnel. With nothing to lose he follows her in, unbeknownst to him that a motley crew of sewer dwelling street performers and celebrity impersonators have been watching him with a keen eye, ready to initiate him into their dangerous and secretive world, deep in the bowels of the city.”

Check out the song and video below. Rapscallion is out everywhere on September 16th via ATO Records.