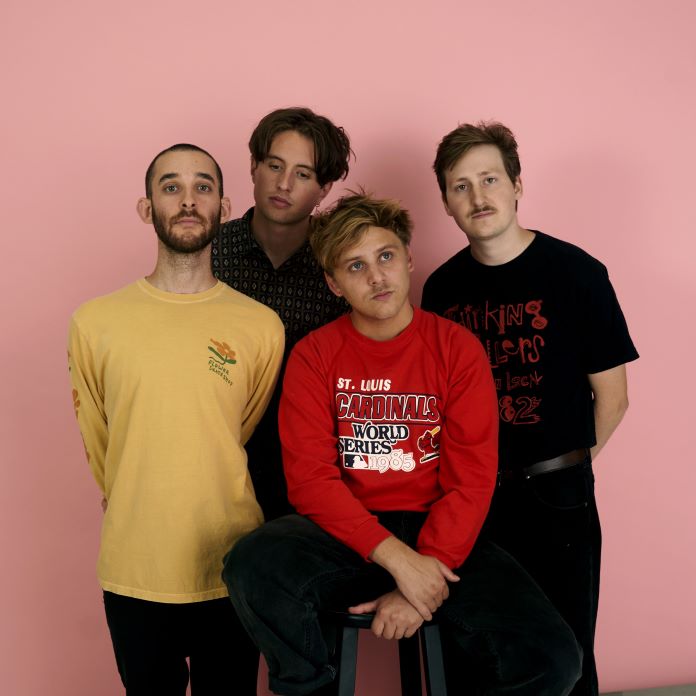 Since beginning in 2015, Queens-based power pop band Petite League have been fixtures in the city’s DIY scene, releasing a string of albums including their latest record, 2021’s Joyrider. Today, the band are back with news of their upcoming sixth full-length album, Thrill Seekers, coming October 21st. Accompanying the announcement, the band have also shared a new single, “Bloody Knuckles,” premiering with Under the Radar.

“Bloody Knuckles” is an explosion of fuzz-laden guitars and nervy power pop energy, carried by a bouncing riff and frontman Lorenzo Gillis Cook’s fiery vocal performance. Though the track has a hazy garage edge that recalls bands like Wavves, Cook coats these jagged edges with immensely catchy melodies, combining bristling lo-fi aesthetics with sharp pop instincts. The result is one of the band’s most immediate and irresistible tracks yet.

As Cook describes, “Bloody Knuckles is a song I wrote shortly after befriending someone who was heavily involved in the urban exploring scene in New York. Their nights were spent climbing some of the city’s tallest buildings and running from arrest, risking their safety and freedom for intense thrill seeking. After living through such a sedentary period during lockdowns, hearing them talk about all of it lit me up.

The inexplicable fiery passion and pursuit of something personal that holds more weight than money or fame is something Petite League was founded on. Listening to them talk about their reason to be was a reminder of what mine was.”

Check out the song below. Thrill Seekers is out everywhere on October 21st. Pre-order the record here.

‘In all manner of things, we were creative’: the Byrds reflect on music and fashion | Music

5 Albums I Can’t Live Without: NGHTMRE