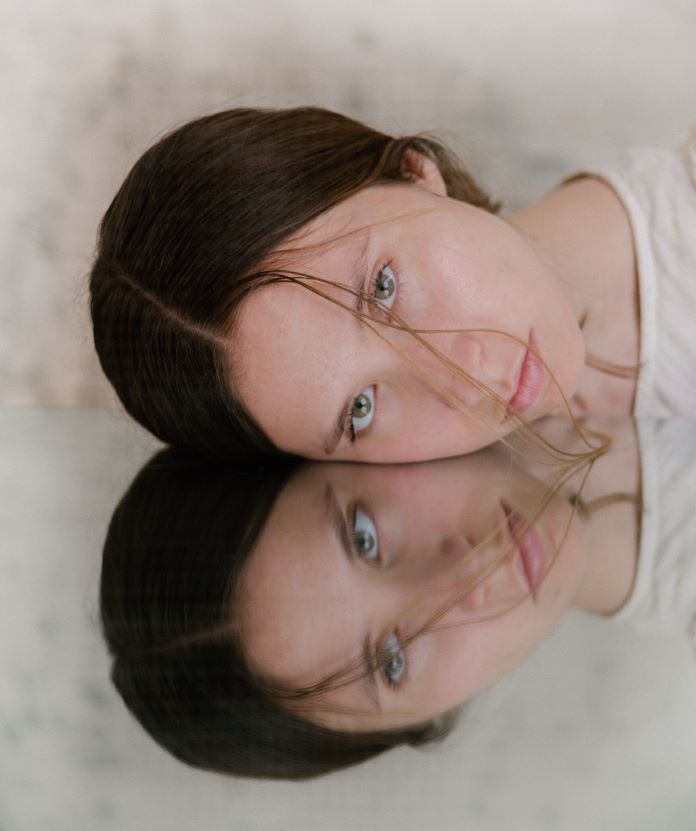 Pearla is the indie pop project of Brooklyn-based singer/songwriter Nicole Rodriguez, first debuting in 2019 with the exploratory awe and consciously offbeat indie pop of her EP, Quilting and Other Activities. Her forthcoming full-length debut, Oh Glistening Onion, The Nighttime Is Coming, conjures a similar mix of emotive weight and expansive instrumentation, pulling from the canons of folk rock, indie singer/songwriters, and art pop.

Pearla has spent most of this year sharing new tracks from the album, out everywhere early next year, and today she’s back with her latest effort, “With,” premiering with Under the Radar.

“With” encapsulates what makes Pearla’s songwriting feel special, moving effortlessly between intimacy and immensity and finding soaring beauty in the smallest of moments. The track begins as a swaying indie folk effort, colored only by gently plucked guitar, subtle ringing melodies, and Pearla’s stark and unvarnished vocal melodies. Yet, as the song winds on it begins to take on a classic pop feel, with Pearla joined by bursts of guitar and horns, steadily building to a fervent high before winding back down to the track’s expansive finish.

The lyrics track a similar progression, with Pearla first finding beauty in isolation and exploring the boundless confines of a thriving inner life. The track hits its climax as she accepts a poetic invitation within herself一“Start again/Give in/To the immensity /To the randomness/To the blue blue blue blue blue.”

As Pearla explains, “‘With’ is an ode to solitude. It’s about accessing a certain kind of magic when I’m alone, that I haven’t quite learned how to hold onto amongst others. In this song, the “with” is not referring to another person, but to the Earth and the giant magnitude of the whole universe. Being alone, but ‘with’ everything.

I directed and edited this video and Tyler Postiglione, who produced the record, shot it. We recorded half of the footage near my childhood home at Turkey Swamp Park, which is referenced later in the album, and the other half in my apartment. Directing/editing is brand new territory to me, and a lot of this was just play and experimentation. I really wanted to capture what solitude feels like for me. In the process, it became more about connecting with and honoring my inner child.”

Check out the song and video below. Oh Glistening Onion, The Nightime Is Coming is out February 10th via Spacebomb Records.