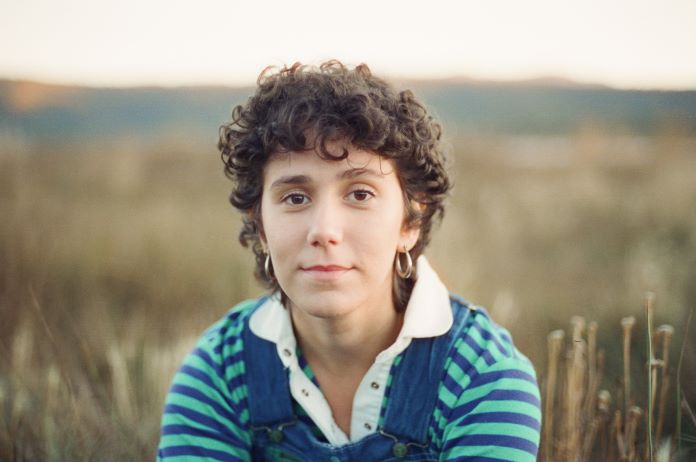 “Out of Line” Is Out November 18th via Nettwerk

Over the past year, LA-based singer/songwriter Olive Klug has been steadily building their style of indie folk, weaving stories of queer identity and the uncertainty of young adulthood while imbuing them with sincere lyricism, stark storytelling, and plaintive melodies. They debuted in 2019 with their self-released EP, Fire Alarm, and followed last year with a string of singles, many of which began gaining traffic on Tik Tok.

Today, Klug is officially announcing they’ve signed with Nettwerk ahead of their debut album next year, and accompanying the announcement they have shared an early listen to their new single, “Out of Line,” premiering with Under the Radar.

“Out of Line” is a charming indie folk sing-along that’s all about throwing out the rules and coloring outside the lines. Over a loping acoustic riff and twinkling piano lines, Klug delivers a honeyed vocal performance, with the song transforming into a ramshackle communal chorus in the second half. Rather than fretting over the future, Klug embraces the uncertainty, finding endless untapped possibilities when you abandon the prescribed guidelines for your life. They invite the listener to join them, offering “To start short-lived affairs/Graduate undeclared/We’ll never grow out of truth or dare/Stop seeking to find/Always say what’s on our minds/Fuck this waiting/I suggest we all/Get out of line.”

Klug says of the track, “‘Out of Line’ is a song about unlearning the rules you’ve been taught and deciding to write your own. Throughout childhood, we’re told the right way to do things, the right way to ‘stay in line’ and follow the rules. ‘Out of Line’ is a call to action to question everything you’ve been taught. To question why you’re waiting and what you’re waiting for. It’s a call to experiment with your identity, to make mistakes, and to value joy over practicality.”

Check out the song and lyric video below. “Out of Line” is out everywhere tomorrow, November 18th via Nettwerk.