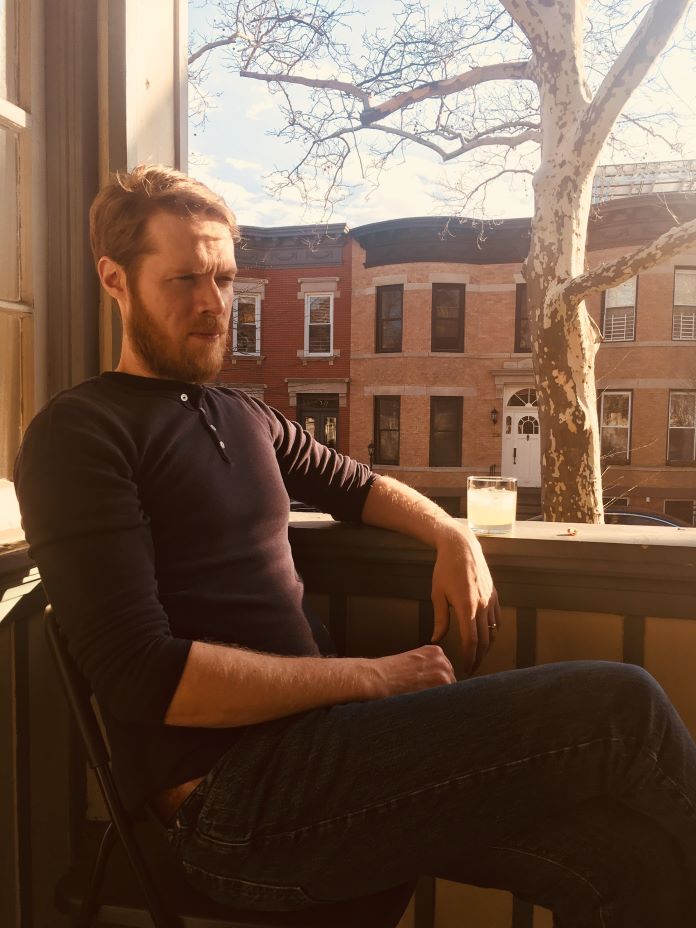 New LP Quiet by your side Is Out October 28th

Philadelphia-based artist Jude Flannery has been playing in the background of the indie music scene as the singer or guitarist for a string of bands through the ‘90s and 2000s. After moving from New York to Philly in 2019, Flannery began writing his upcoming solo debut record, joined by a string of collaborators including Matt Barrick of The Walkmen on drums and Quentin Stoltzfus of Mazarin on bass and guitar.

Entitled Quiet by your side, the record sees Flannery crafting a lush and dreamy psych folk energy, filled with warm grooves and a welcoming organic sound. The full album is out October 28th, but ahead of the release Flannery has shared a string of singles, beginning with the title track and following last month with “Don’t mind you asking.” Today, he’s back with another new single, “Not so Ready,” premiering with Under the Radar.

With “Not So Ready,” Flannery delivers a soulful acoustic ballad, built around a gentle swaying groove and Flannery’s wistful vocal performance. The track finds him dreaming back to when he first fell in love with music, conjuring moments of hazy nostalgia as he tributes the bonds that shape our lives in unexpected ways. Meanwhile, the track is elevated by additional collaborators, including keys from Robbie Bennett of The War on Drugs, who brings an expansive layer of melodic beauty to the track without losing its longing warmth.

Flannery says of the track, “Sometimes, small things have bigger impacts on our lives but I think this song gets at something more. You often don’t realize the small moments that will have the most meaning until long after you have experienced them. Matt found a soft groove that builds throughout the song while Robbie matched an old Italian synth sound with a piano that finds a balance of majestic melancholy. We ended up changing the original mix so the acoustic guitar sounds like someone playing off to the side of the stage and it helps the anthemic chorus, especially when Quentin’s soaring slide guitar arrives.”

He continues, explaining of the accompanying video, “Directed by Marc Zajack and filmed by Alexandra Golden Flannery, the video for ‘Not so Ready’ tells a story that reflects upon a time and place, while embracing the comfort and expectations of those memories.”

Check out the song, video, and our Q&A with Flannery below. Quiet by your side is out everywhere on October 28th.

What is the inspiration behind “Not so Ready”?

Not so Ready was inspired by my journey to become a songwriter. My father plays classical guitar and I have many memories of him playing around the house as I was growing up. When I was in high school I asked him for some tips to learn guitar and he told me it starts with just four chords. That was pretty much the extent of my music lessons but that sparked my love of guitar. The song itself came to me almost fully formed the weekend before my father’s 70th birthday. While reflecting on that early memory, I imagined myself playing a song in front of my extended family, which ended up being the basis for the song. Something about sharing that story in front of others inspired more than just a song about that memory.

What does it mean to you personally?

Given that early memory inspiration, there is definitely a connection to my relationship with my father. As we grew older, like a lot of people, we developed different views on a lot of things. Despite our differences, I’m grateful to him for helping me appreciate how important music can be as an inspiration and creative force in life. To this day he still plays his classical guitar daily and that love of playing guitar will always be something we have in common.

Can you share a bit about your songwriting process? And what do you think makes a good song?

It’s about capturing creative moments when they happen. I try to find moments of inspiration throughout the day and record those ideas on my phone. I tend to hear melodies first so I will sing whatever sound evokes the feeling I am going for and then translate those sounds to lyrics later.

A good song surprises me and makes me feel something right away. Some of my favorite songs are just a few chords and you can just change up the vocal melody and the structure to make it more interesting. Sometimes it’s easy to get into the instruments, the gear or the recording process but I have found that only improves what goodness is already there in the first place. A good song, performed well, will be recognizable even if it is recorded onto a simple recorder.

How has Philly influenced the music you make?

I was in New York for nearly 25 years but a lot of the bands I like are associated with Philly. Initially I was introduced to Blood Feathers and Mazarin when I first moved here in 2005, and when I moved back to NYC in 2008, I kept up on the great music of War on Drugs and Kurt Vile. When I moved back in 2019, I loved discovering Rosali’s music. One thing I appreciate about these Philly-based bands is the depth of their craft. From the authenticity of the songwriting to the strength of the performance to the sound production – it’s crafted so well, it leads to records you can play for years. That inspires me to want to do the same.

What has working with Matt, Quentin and Robbie been like?

Matt and Quentin helped me produce this record and that happened organically. From the first session, they saw where the songs could go and suggested ways to make them better. They knew who to bring in to add what was needed, such as Robbie on keys, Keir on sax, Zena on pedal steel and Annie on backup vox. What makes working with them so special is that each of them is an experienced songwriter, incredible player and strong sound engineer (who knows their gear). Originally we were going to have Matt and Quentin take turns recording the sessions but we realized early on that they worked best together. Each of them could switch from collaborator to engineer and cover for the other. They were able to collaborate so much better because they could seamlessly switch roles.

Robbie was brilliant as a contributor and really helped the songs take on a new dimension. We originally were thinking of more natural-sounding keyboards like pianos and organ as accompaniment but Robbie heard other sounds and found a great palette of harmonium and synth strings to expand the sound of the songs. Not so Ready is a great example of that combination.

How have you been spending your pandemic time?

Artistically, I’ve been spending time learning to make music on my own, without a band. My family moved to Philly in 2019 and the pandemic happened shortly after. I didn’t have people I could play with initially so the first year was really just trying to create music entirely by myself. That was difficult for me since I was used to collaborating with other musicians to create music. I had to refine my process and focus on keeping it as simple as I could – acoustic guitar and vocals.I challenged myself to make the songs interesting enough with just those two parts. I was grateful when Quentin reached out in mid-2021 to ask if I was up for recording as he and Matt were starting to record at Silent Partner again.