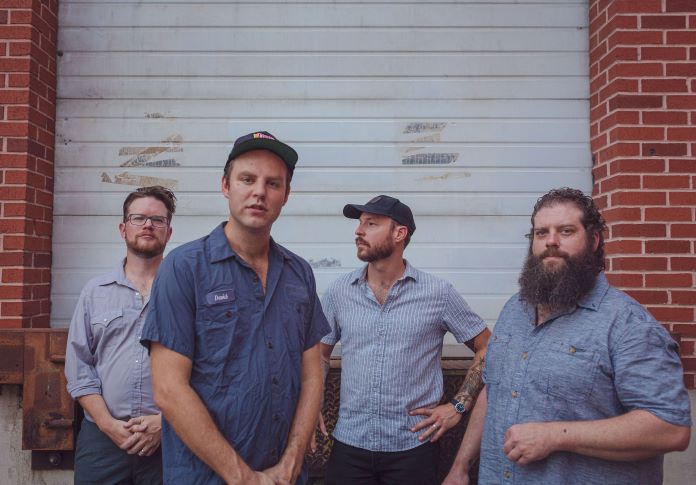 Over the past several years, David Beck has made his name as a prolific producer, instrumentalist, and songwriter, contributing to records from Eric Burton of Black Pumas, The Droptines, and founding alt country outfit Sons of Fathers. Recent years have also seen Beck embarking on a solo career, releasing his latest record, Good Nature last year.

Later this month he’s set to follow with his new album Bloom & Fade, an expansive effort that blends Beck’s roots in country storytelling with cinematic soundscapes drawn from an affinity for indie bands like The War on Drugs or Big Thief. Beck introduced the album this year with its lead single “Miner’s Song” and his follow-up, “Crooked Talk,” and today he has shared another new single, “Red Tail,’ premiering with Under the Radar.

“Red Tail” expands on Beck’s layered and evocative vision of rock, roots music, and alt country, acting as the record’s soaring closing track. The song is one of Beck’s most sweeping efforts yet, stretching out over six minutes and conjuring an intoxicating blend of delicately shimmering guitars and propulsive drumming. The verses bring forth a tense driving energy, but with the chorus the track takes flight, launched into euphoric new heights. The lyrics themselves meditate on that contrast and tension, with Beck embodying the struggle of contradiction and never quite fitting in一“I’m below and above / Born in hatred born in love / Teacher tell me something good / Cause I don’t know if I ever could.”

Beck explains, “All my life I have felt out of place. Mostly musically. I love old country music, and I also have a deep obsession with 90’s hip hop. There are days when I only want to listen to The Misfits, days when it’s only Joni Mitchell. I have always wished that I like one thing, and make one kind of music. It seems life would be simple and I wouldn’t have to start over every time I had a new idea for a project. I know there is another side to the coin; diversity, which has unmatched power. This song is about the struggle of not fitting in. The struggle in finding yourself, and upon finding yourself coming to grips with the reality that sometimes, you’re just all over the place, and you know what, that’s okay.”

Check out the song below. Bloom & Fade is out everywhere on September 30th.