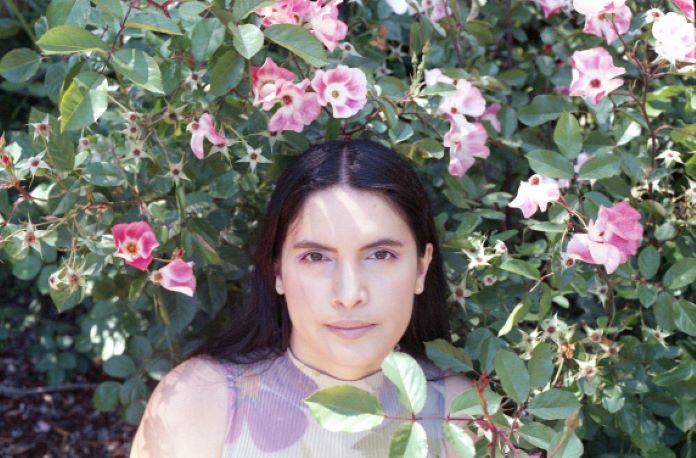 Premiere: Briana Marela Shares New Video for “You Are A Wave”

New LP You Are A Wave Is Out Everywhere Now

Today, Oakland-based art pop singer/songwriter Briana Marela has shared her fifth full-length album, You Are A Wave. After releasing two albums on Jagjaguwar, 2015’s All Around Us and 2017’s Call It Love, Marela was dropped from the label due to a “lack of commercial success” and she took several years away from the indie music scene while attending Mills College. During that time away, her writing became more expansive, confident, and experimental, even as tragedy struck.

In April of 2020, Marela’s father passed away in his home country of Peru, with Marela unable to visit for over a year. You Are A Wave centers on that loss, offering a vulnerable vision of love and grief as Marela embraces growth in one of the darkest times in her life. The full album is out today, and accompanying the release Marela has shared a new video for the album’s opener and title track, premiering with Under the Radar.

“You Are A Wave” is at once mesmerizing, otherworldly, and heart-rending. The track revolves around singular synth drones, cresting like waves and fading just as quickly, while Marela offers a poetic recounting of the small and mundane moments where she feels her father’s presence: “You are a bird that dives. You are a branch that breaks. You are a wave. You are a seam that rips. You are my anger in a rage. You are my voice, raised.”

The full reality of the loss slowly digs deeper, revealing itself as the track descends into a whisper: “You are not here. You are with us.” Gently, the track builds from silence, gorgeous echoes of waves and melody joining the mix as Marela’s vocals ascend to a celestial climax, closing the track on an achingly beautiful mix of love and loss.

Marela says of the track and video, “This is the title track of the album. Over a minimal Buchla recording, the lyrics are an imagining and witnessing of my father through mundane and magical occurrences, the words slowly revealing the state of the reality of his passing.

This video is a processing of the grief of losing my father, and of the two separate trips to Peru my family had to make to find closure with his loss. This video features appearances by my mother, brother, and sibling Asenath. A concept for the video is based off of a dream Asenath had about our father’s death, and of a ritual of grief they did at the time of his passing that they recreated for this video. It also features an oil painting that they painted, also as a part of their processing of the grief of our father. The ending is based on a vision and morbid romanticism I imagined for my father’s death instead of the death my father actually had. He loved fishing and being out on the ocean, and when my family initially could not contact or reach him, I imagined maybe he died out at sea.

This video is dedicated to my father Juan and to my loving family. This is also dedicated to my friends and community who supported my family during the hardest time of my life. Thank you.”

Check out the video and album below. You Are A Wave is out everywhere now.

How the TikTok Hit With Dazy Blew Up – Billboard

‘Rolling Stone on Twitch’ to Stream Live from Life Is Beautiful Festival – Rolling...