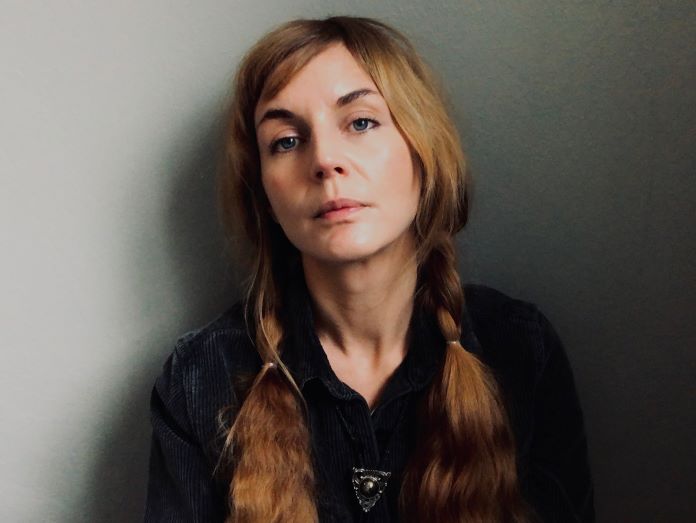 Later this week, Swedish producer, composer, and musician Catharina Jaunviksna is back with her latest record as Badlands, Call To Love. Arriving a year after her previous effort, Djinn, Call To Love trades the lush arpeggiated synths and expansive soundscapes of that record for a more analog sound. The record incorporates vinyl samples, field recordings, malfunctions, and overdubs into new organic arrangements, pushing her sound in novel directions while retaining her songwriting’s resonant core.

Badlands previously shared the album track “My Time Will Come Again,” which was one of our Songs of the Week, followed by her latest single, “Bury You Whole.” Today, she’s back with a final single from the record, “I Want Blood,” premiering with Under the Radar.

“I Want Blood” is a simmering slow-burning effort, one that unfurls at its own pace but remains thoroughly magnetic throughout. The track’s beginning minutes expand outward with a steadily growing mix of instrumentation, as keys, strings, and delicately layered production all overlap into a thick haze of sound. In the latter half, Jaunviksna’s vocals fall away and the ethereal elements transform into something more visceral, carried by driving electronic production and given striking color thanks to bursts of strings and plucking synth tones. The track’s effortless blend of instrumentation and tones, paired with an expansive song structure, make it one of Jaunviksna’s most ambitious offerings yet.

Jaunviksna says of “I Want Blood,” “This track sums up what the record is all about. Like, you have to kill yourself a little in order to get what you want. One can not keep her entire self and sanity, and at the same time win love over. It’s an exchange. Love in exchange for control; love in exchange for your life as you know it.”

Check out the song and visualizer below. Call To Love is out everywhere on November 18th via RITE.