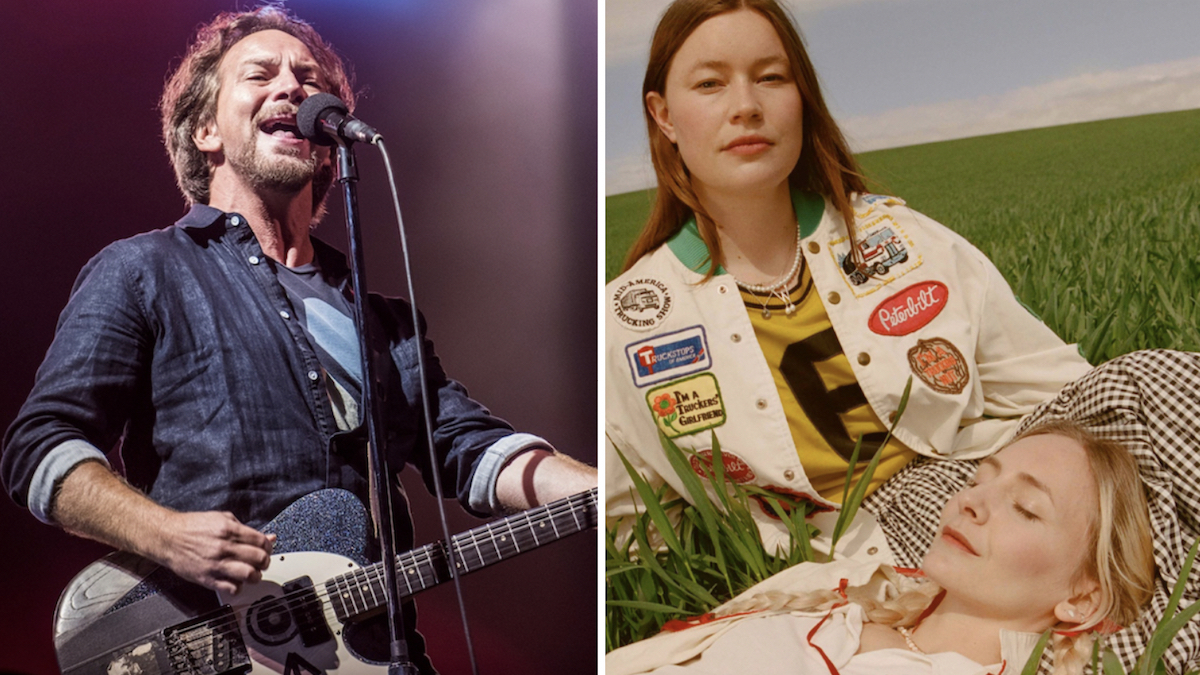 Pearl Jam had the honor of playing New York’s Madison Square Garden on the anniversary of the September 11th terrorist attacks, and the band put on a star-studded show that included shoutouts to Venus and Serena Williams, a cameo from a jacket belonging to Harry Styles, and a cover of Wet Leg’s “Chaise Longue.”

Pearl Jam aren’t the only elder Gen Xers vibing on Wet Leg. Earlier this year, former president Barack Obama included their track “Angelica” on his 2022 summer playlist. The MSG cover of “Chaise Longue” came as part of a rendition of the PJ classic, “Daughter.” Fan footage captured frontman Eddie Vedder wiggling his hips and sliding his voice along (alongue?) the melody.

Elsewhere in the evening, Pearl Jam covered Prince’s “Purple Rain,” with Vedder donning a sparkling jacket he said had been left in the dressing room by Harry Styles, and during a performance of “Even Flow,” he honored the recently retired Seattle athlete Sue Bird as well as concert goers Venus and Serena Williams.

Later, Vedder acknowledged the difficult anniversary and thanked first responders for their service with a cover of Dead Boys’ “Sonic Reducer.” The band also covered Mother Love Bone’s “Chloe Dancer” for the first time in six years. Check out clips from the concert below.

Pearl Jam have just a few weeks remaining on their 2022 tour, and tickets are available here. Previously, they covered The Beatles “Her Majesty” for Queen Elizabeth II and Foo Fighters’ “A Cold Day in the Sun” for Taylor Hawkins.