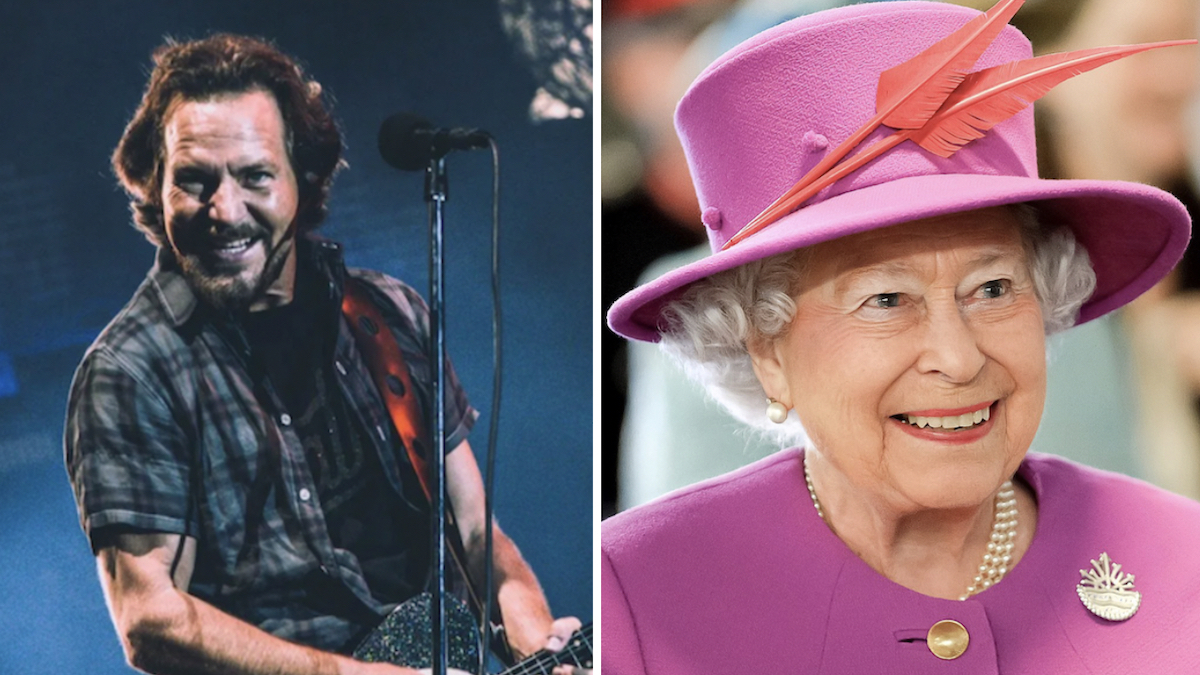 Queen Elizabeth II died on September 8th at 96 years old, and that evening Pearl Jam performed a cover of The Beatles’ oddity “Her Majesty” as a… tribute? Eulogy? Middle finger to the face of the 20th century imperialism?

It’s a joke, though whether it’s a harmless bit of fun or deeply rude towards the monarchy depends on your perspective. Pearl Jam made no comment on their intentions when they performed the track live in Toronto, Ontario. Eddie Vedder introduced the tune by saying, “This is just a little one I’mma borrow from Paul — Paul McCartney — for about 90 seconds.”

After “Her Majesty” ended, Pearl Jam seamlessly transitioned into the Yield track “All Those Yesterdays,” though this doesn’t exactly clear up the mystery. “Don’t you think you oughta rest?” Vedder sings. “Don’t you think you’ve done enough?” And then there are those lines about, “Creating walls to call your own/ So no one catches you.” Decide for yourself if the tribute is loving, mocking, or merely irreverent in the video below.

Pearl Jam’s star-crossed tour is finally hitting its stride. Earlier this year, drummer Matt Cameron and bassist Jeff Ament missed time with COVID-19, and in July Pearl Jam had to cancel shows after Vedder’s voice was damaged by smoke from wildfires. There are plenty of shows remaining, and tickets are available here.