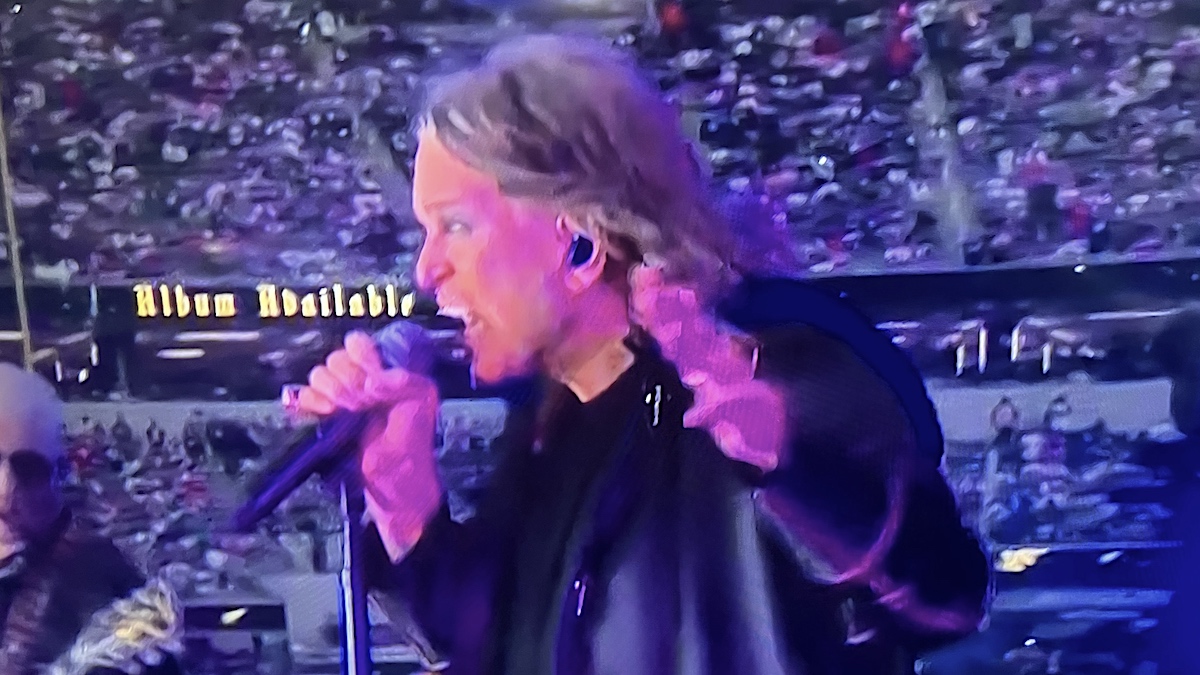 Ozzy Osbourne performed a two-song set at SoFi Stadium in Inglewood, California, on Thursday night (September 8th) during halftime of the NFL’s season opening game between the Los Angeles Rams and Buffalo Bills. Unfortunately, those watching the game on NBC only saw a few seconds of the performance.

During the broadcast, NBC sportscaster Maria Taylor introduced the performance in the middle of Ozzy singing the title track to his new album, Patient Number 9, at midfield. After about 10 seconds or so, cameras cut back to Taylor and the halftime crew analyzing the first half of the game.

From what we briefly saw on TV, the metal icon’s backing band for “Patient Number 9” included Tommy Clufetos on drums, Chris Chaney on bass, and producer Andrew Watt on guitar. Thanks to fan-filmed footage on Twitter, we also saw that they were joined by Zakk Wylde for the second song, the classic “Crazy Train,” which didn’t get any TV time.

Angry fans have taken to Twitter with comments like “NBC absolutely fucking sucks for not showing Ozzy Osbourne play the halftime show” and “NBC thinking we’d rather hear a 1st half recap than Ozzy Osbourne’s performance is… puzzling.”

The halftime show marked only the second time Ozzy has performed live in nearly three years. He surprised fans last month by singing “Paranoid” with Black Sabbath bandmate Tony Iommi at the Commonwealth Games in their hometown of Birmingham, England.

See the entire clip of NBC’s broadcast of Ozzy’s halftime performance, followed by fan-filmed footage and a few angry tweets, below.

Man, running Ozzy Osbourne out there at 73 being held upright by a bracket. pic.twitter.com/Rz7qCXSwzo

NBC thinking we’d rather hear a 1st half recap than Ozzy Osbourne’s performance is… puzzling.

Fuck NBC for cutting away from Ozzy so a bunch of chuckleheads can talk about stats and shit.

The @NFL and @NBC need to immediately apologize to both Ozzy & the millions watching for not showing his halftime performance. No excuses!