Nam Ji Hyun and Kang Hoon of the tvN drama “Little Women” joined Allure for a new pictorial and interview!

“Little Women” is about three sisters with a close bond who grew up in poverty. When they get swept up in a major incident, they are catapulted into a new world of money and power that is unlike anything they’ve known before – and wind up facing off against the wealthiest family in the nation. Kim Go Eun takes on the role as the eldest sister Oh In Joo, while Nam Ji Hyun plays middle sister Oh In Kyung, and Park Ji Hu plays youngest sister Oh In Hye. Kang Hoon portrays Ha Jong Ho, Oh In Kyung’s trusty childhood best friend who is hopelessly in love with her.

The interview began with Nam Ji Hyun expressing excitement for the pictorial with Kang Hoon. When asked about her role Oh In Kyung, the actress remarked, “Oh In Kyung works as a news reporter in the social affairs department. She has a very strong sense of justice, and she is really persistent to the extent that some people will wonder, ‘Why is she like that?’ From start to finish, she only runs in one direction. I find that very respectable.” 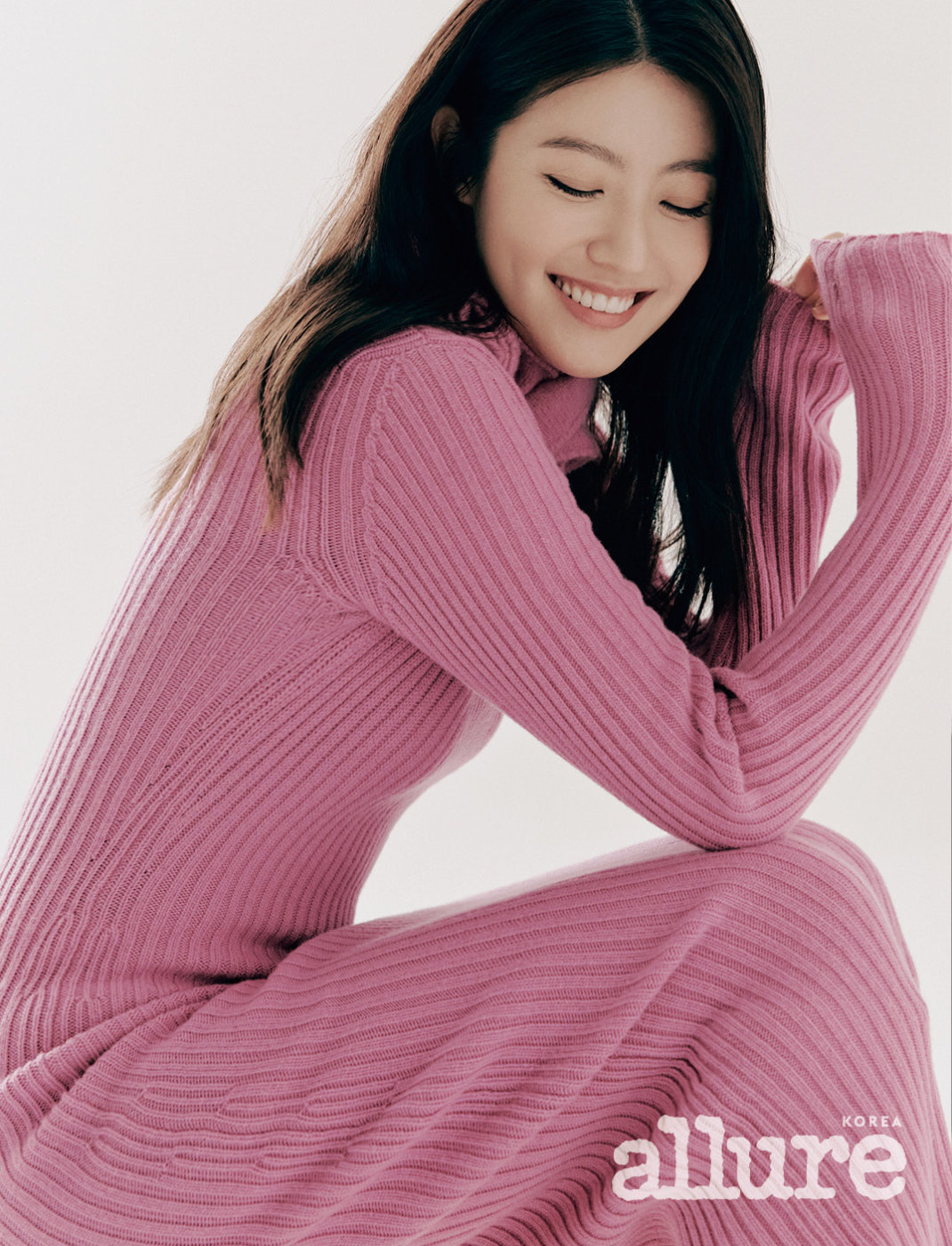 When asked about the relationship between the two characters Oh In Kyung and Ha Jong Ho, Nam Ji Hyun explained, “I think it’s a little more complicated than that of just friends. Each character has their own history, and that will be introduced about halfway through the series. Ha Jong Ho is from a rich family, whereas Oh In Kyung is from a poor family. Due to the complexity and other aspects that come from [their different backgrounds], they aren’t just childhood friends who can hang out with no strings attached.” 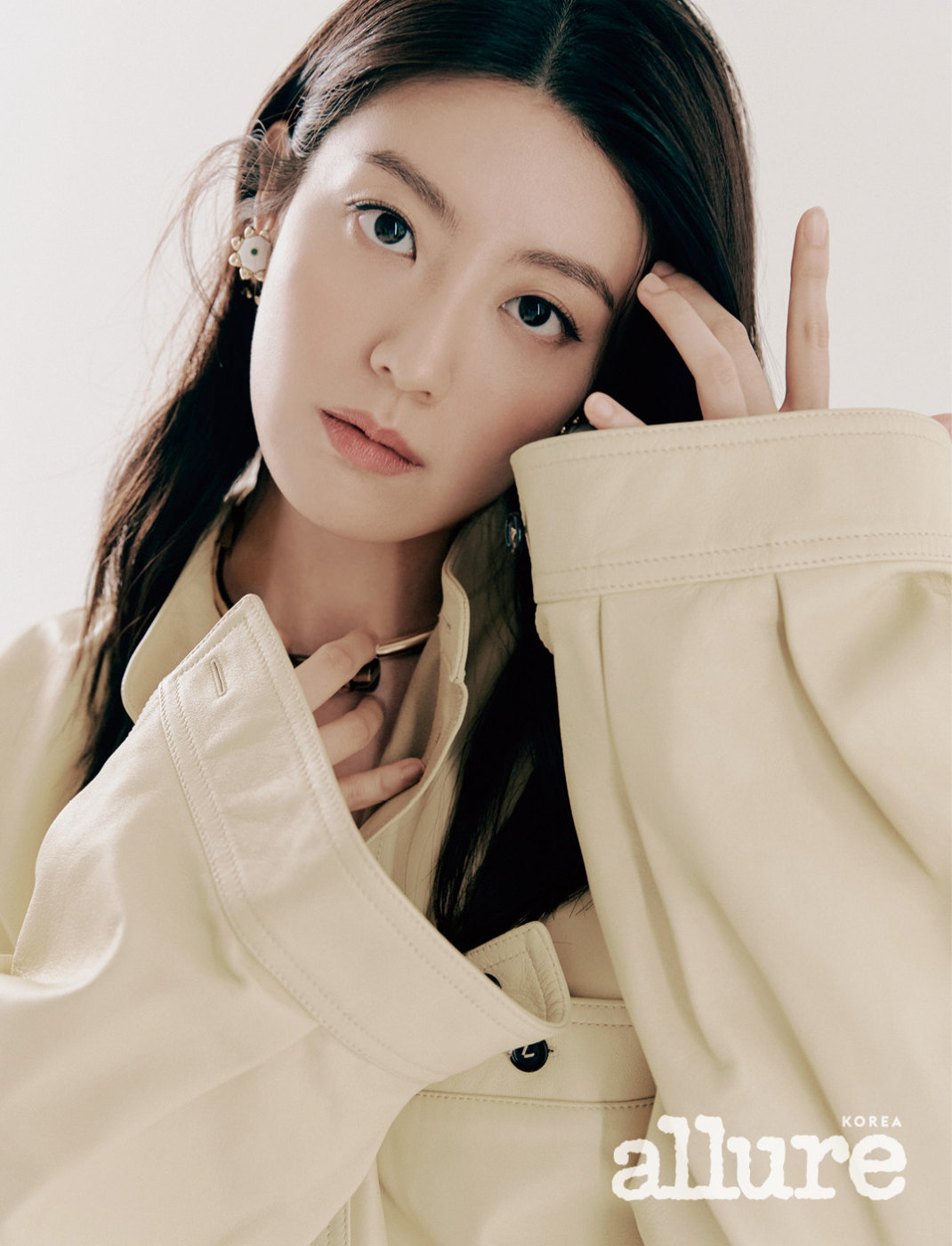 “Friends to lovers” is one of the clichés in romance dramas. When asked if this might be the case for her in the future, Nam Ji Hyun shared, “I’ve never been in a situation like that before, and I don’t think I’d want to become [lovers] if the person was really my best friend. However, I often think that it would be great if I can date someone who is like a friend. So if you ask me if I want a lover who is like a friend, the answer is, ‘Yes.’ But so far, I never dated someone who is a close friend of mine. Am I too harsh? Sadly there was no such case.” 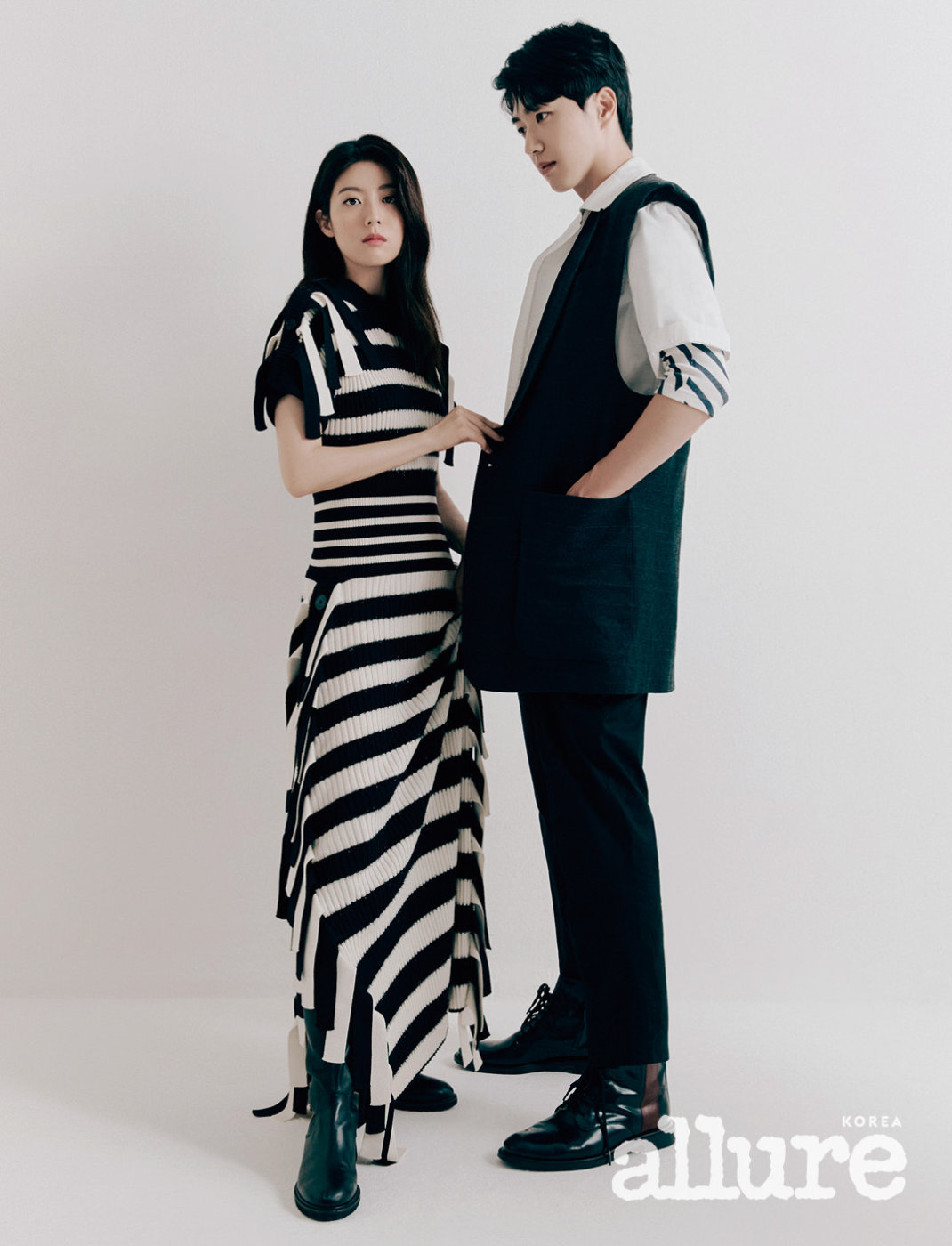 In the interview with Kang Hoon that followed, he discussed his ongoing projects. At the time of the interview, Kang Hoon had been filming for “Little Women” and “Some Day or One Day” at the same time. Soon, he will start filming another SBS drama, “Flower Scholar’s Love Story” (literal title), as a lead role. Kang Hoon shared his honest feelings about his busy schedule by saying, “I didn’t know things would turn out like this. Since this is my first time [filming several projects at the same time], I wonder, ‘Am I really having a hard time?’ I wonder if other [actors] feel the same.” He continued, “Even if I’m feeling a little tired and busy at the moment, I should be happy about it because I’ve had a really hard time waiting for the results of my auditions [in the past]. I always say, ‘Acting is so much fun, and I want to keep auditioning.’ Before, I never even had to be concerned about something like this.” 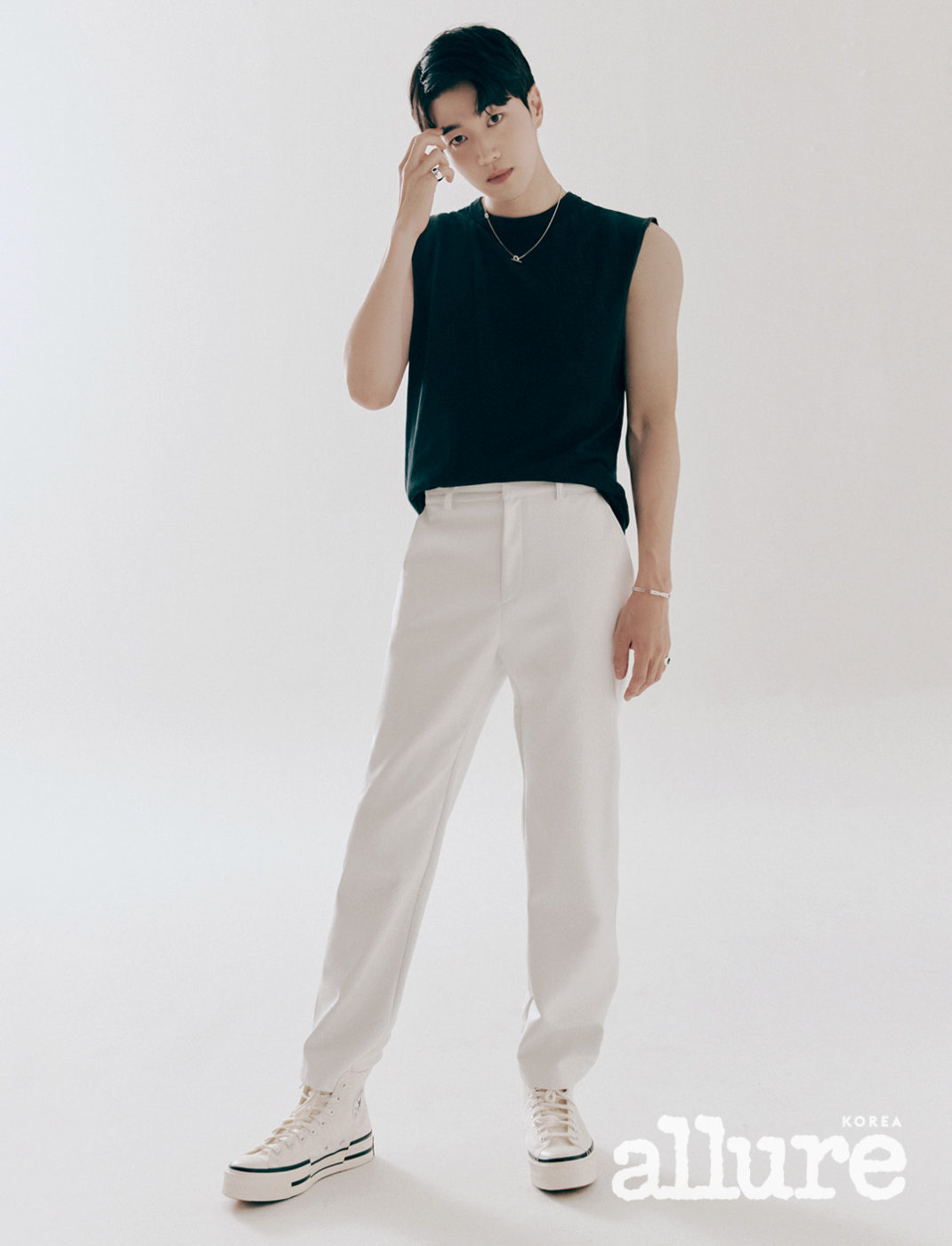 Kang Hoon left a strong impression to the public through his role of Hong Deok Ro in “The Red Sleeve.” However, it has already been over 10 years since he debuted. The actor shared, “I was lucky enough to take part in a short film [in 2009], and I made my debut while winning an award for the project. But I consider myself to have debuted in 2015. Let’s just say that I started suffering from that time. (Laughs) [Hong Deok Ro in] “The Red Sleeve” was a role I really wanted to do from the moment I auditioned. I didn’t do very well at the audition, but I still really wanted to take on the role.”

When asked how he thinks he got the role, Kang Hoon replied, “The director said that he felt chills from my smile. Thanks to that, I felt like I found a new side of myself that I did not know. Hong Deok Ro is a character I love so much, and I thought of it as my last chance when I was acting, but I got very lucky.” 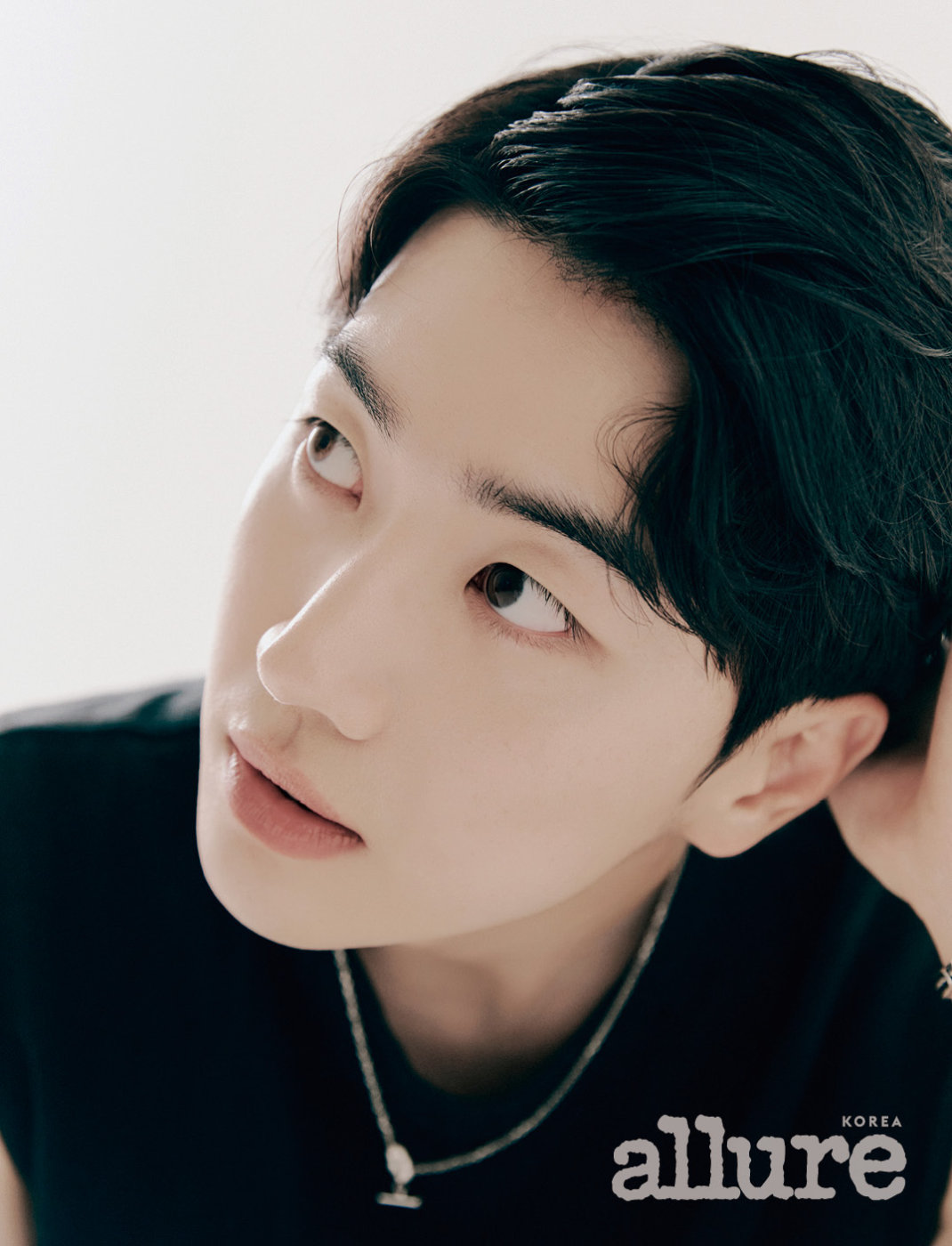 Kang Hoon was asked the same question of whether a “friends-to-lovers” relationship would be possible for him. The actor remarked, “I personally think that is not possible. In fact, I’ve seen a lot of cases where couples date within the same group but break up. I don’t have any experience myself, but from time to time, I do find it attractive when my close friend appears in a certain way. That is when I am at a crossroads of whether I want to shift toward love, or just think to myself, ‘Nah, I was mistaken for a moment.’ I think Ha Jong Ho is right at that point. Unrequited love begins as you develop feelings of love for a friend.” 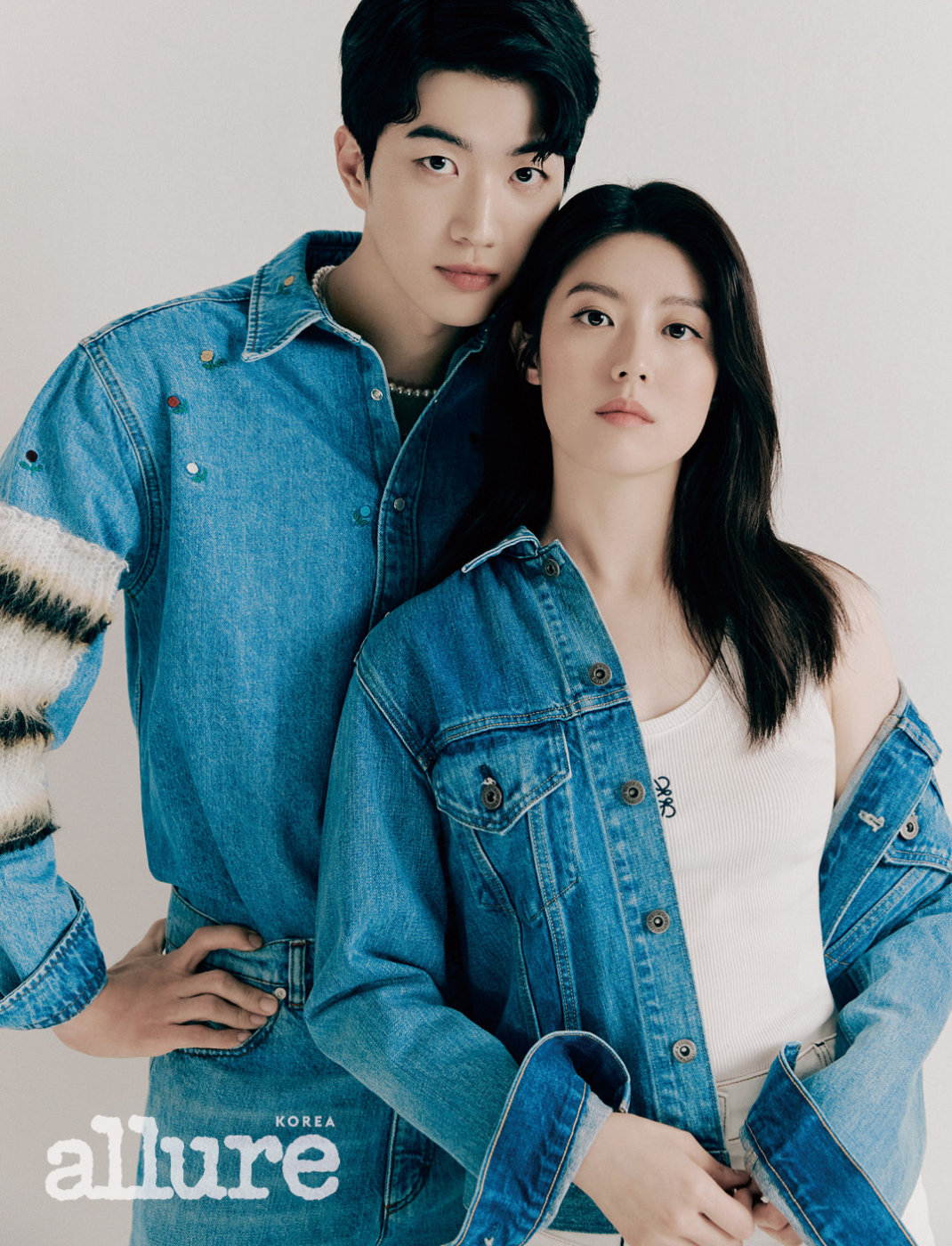 Check out Nam Ji Hyun in “Shopaholic Louis” below:

NCT’s Jaemin And Doyoung Had The Most Hilarious Responses To Jeno’s Sexy “Vogue World”...

Professional Makeup Artists Don’t Use Expensive Makeup On K-Pop Idols Even If They Can—Here’s...