“Money Heist: Korea – Joint Economic Area” follows the story of a mastermind and the robbers that join together to complete a heist.

This drama is a remake of the Netflix drama “Casa de Papel” or “Money Heist” originally set in Spain.

Actor, director, and screenwriter Yoo JiTae has appeared in the dramas “When My Love Blooms”, “Different Dreams”, “Mad Dog”, “The Good Wife”, and will also be starring in the webtoon drama adaption “Vigilante.”

Actress Jun JongSeo has starred in the films “Burning”, “The Call”, and “Nothing Serious” and will be making her small-screen debut this year with her role in this drama and in the drama “Ransom.”

Actors Lee WonJong (“My Boss Is A Million YouTuber”, “Delayed Justice”, “Lie After Lie”), Kim JiHoon (“Flower Of Evil”, “Rich Family’s Son”, “Bad Thief, Good Thief”), Lee HyunWoo (“The Liar And His Lover”, “To The Beautiful You”, “Master Of Study”), Kim SeungO (“The Great Shaman Ga DooShim”, “L.U.C.A.: The Beginning”, “Graceful Friends”), and Park MyungHoon (“Crash Landing On You”, “Revolutionary Love”) along with actresses Jang YoonJu and Lee JooBin (“She Would Never Know”, “Drama Festa: Hello Dracula”) will also be starring in this drama.

We will keep updating, stay tuned. 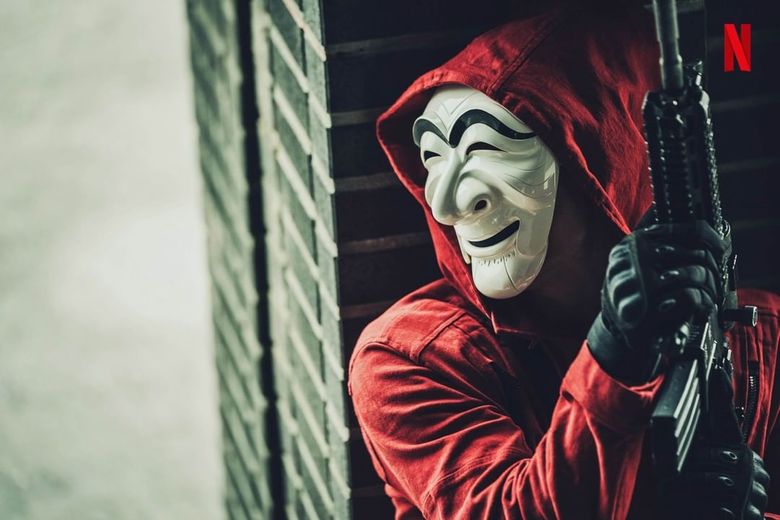 “Money Heist: Korea – Joint Economic Area” depicts the unprecedented hostage-taking drama of genius strategists and robbers with different personalities and abilities against the backdrop of the Korean Peninsula ahead of unification. 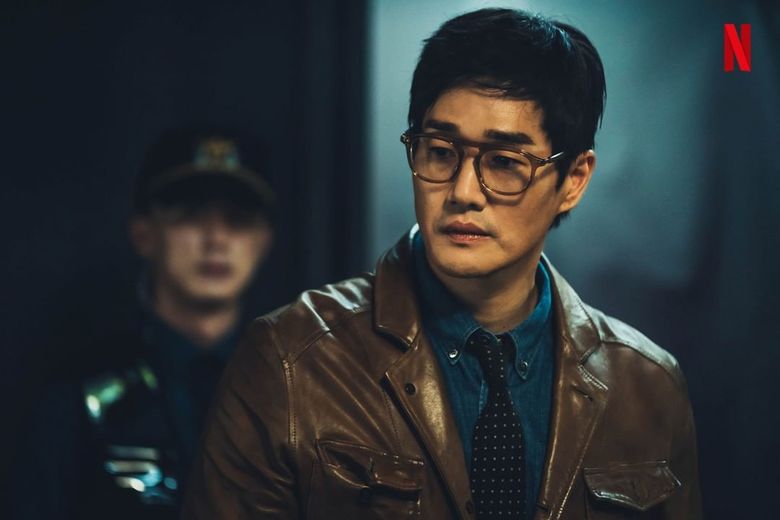 Yoo JiTae as The Professor

The Professor is a genius crime designer who planned an unprecedented hostage heist. He is resourceful, has his own convictions, and possesses strong beliefs. 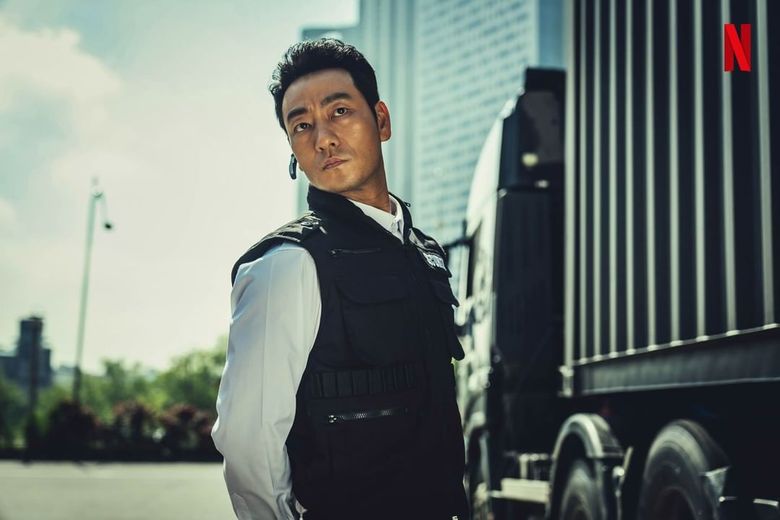 Berlin is from North Korea and came out of a concentration camp. He believes the only way to control humans is to rule by dividing them or creating fear. 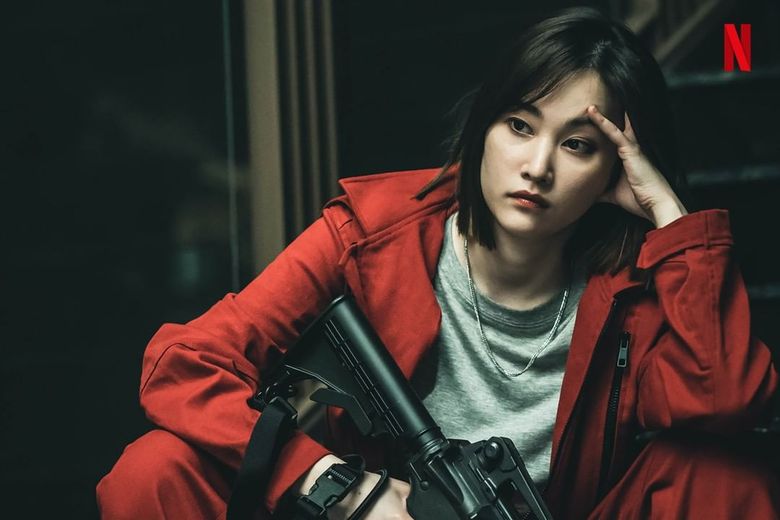 Tokyo emigrates to South Korea dreaming of a new life. But when she becomes frustrated by a reality different from her imagination and wants to give up everything, she meets the Professor and joins his operation. Because of this, she is a person who trusts and follows the Professor more than anyone else. 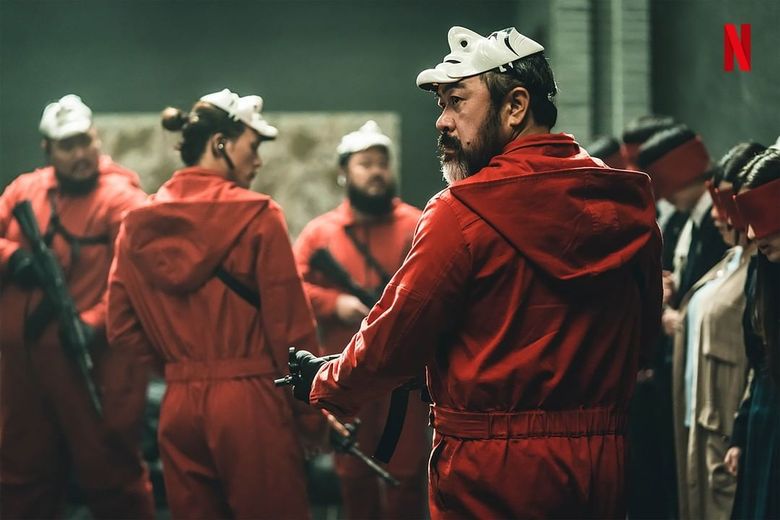 Joining a gang of robbers and dreaming of an ordinary life with his son Denver, Moscow takes charge of the escape route and unleashes his powers to the fullest.

Sleater-Kinney Announce Dig Me Out Covers Album for 25th Anniversary 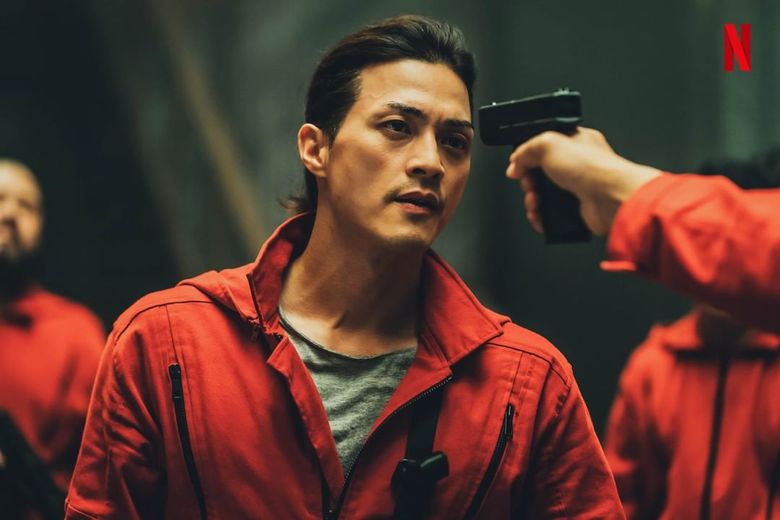 Denver is the son of Moscow and a street fighter. 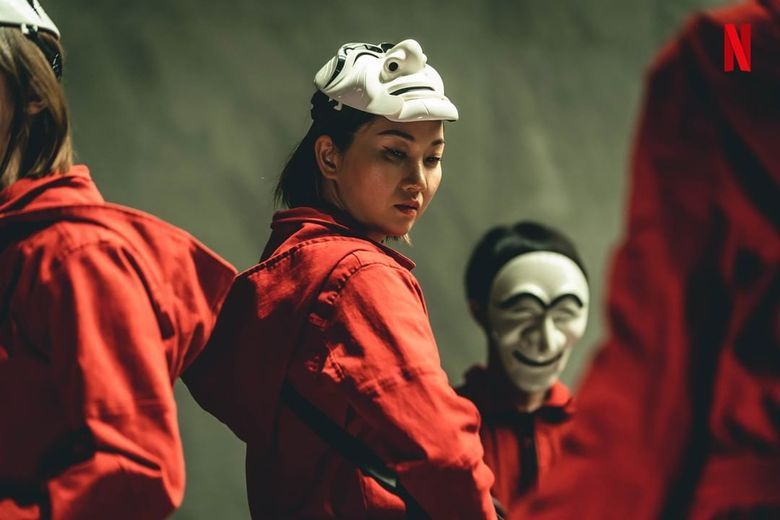 Nairobi is a con artist and unmatched counterfeit expert. 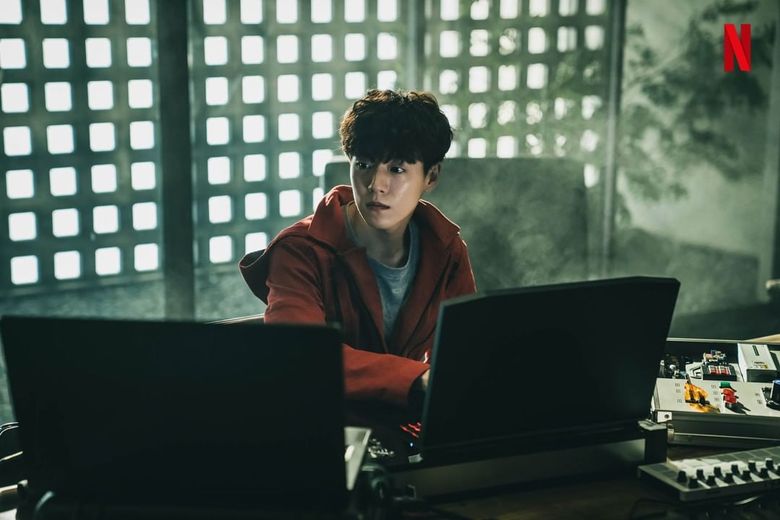 Rio is a genius hacker and the youngest member of the heist team. He helps the operation by connecting the Professor and the Mint with his extraordinary hacking skills. 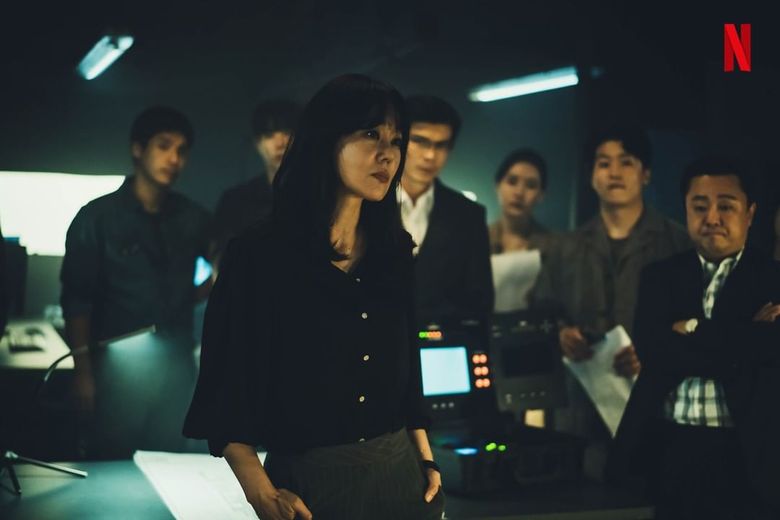 Seon WooJin is a South Korean negotiator who blocks the detailed plan of the professor. 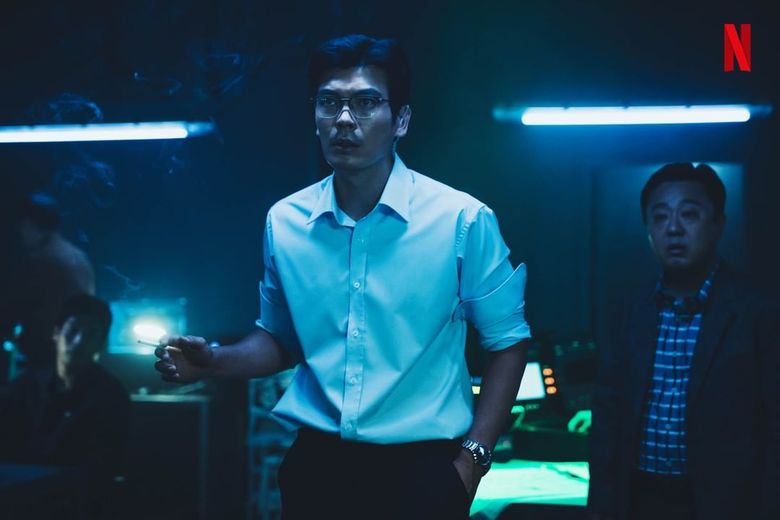 Cha MooHyuk is a North Korean special agent who insists on force suppression to quickly solve the case. 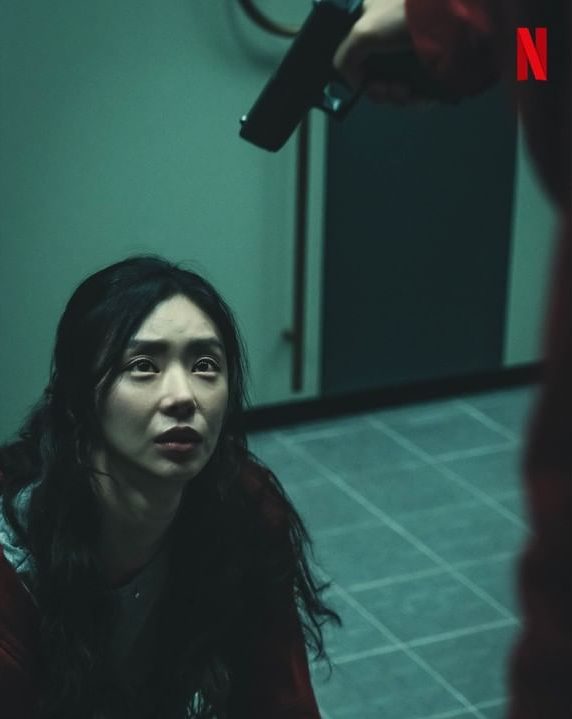 Yoon MiSeon is caught up in an unexpected incident during a robbery and faces a crossroads between life and death. She faces extreme danger at every moment and has to make a difficult choice. 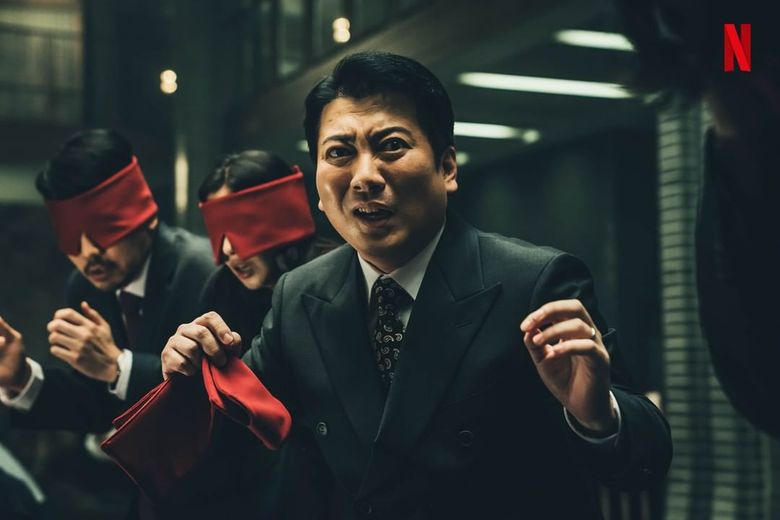 Jo YoungMin is the director of the Korean Peninsula Unification Mint. He is an opportunist who sacrifices the life of the woman he loves, and in times of crisis, he acts only for himself and provokes anger.

Here is one of the teasers.

Here are the official posters. 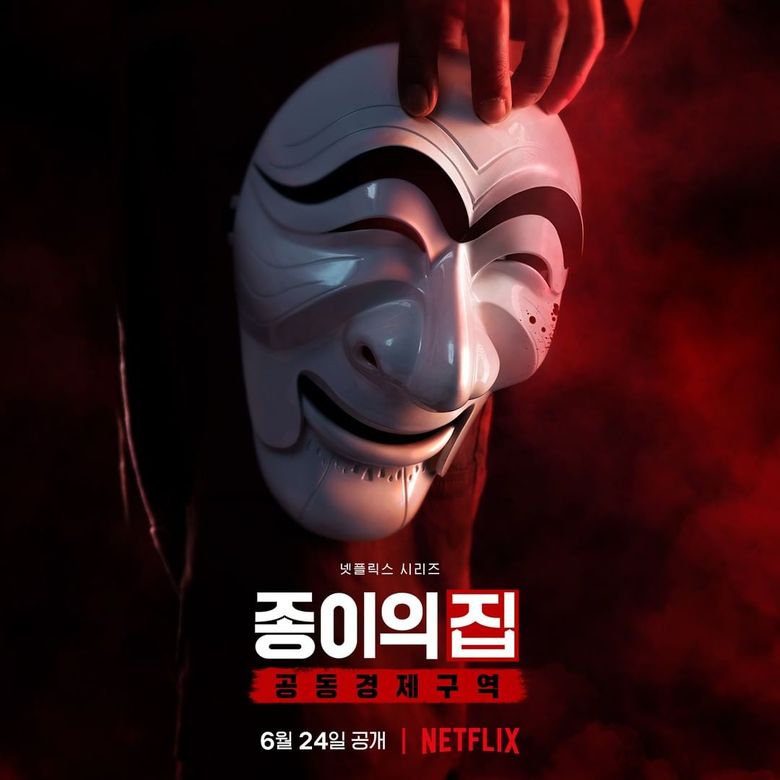 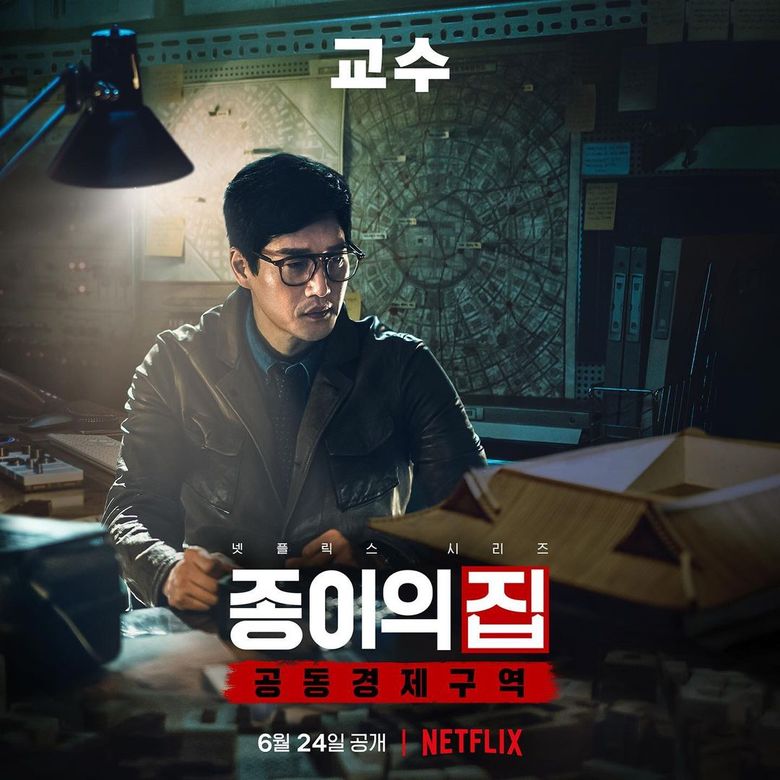 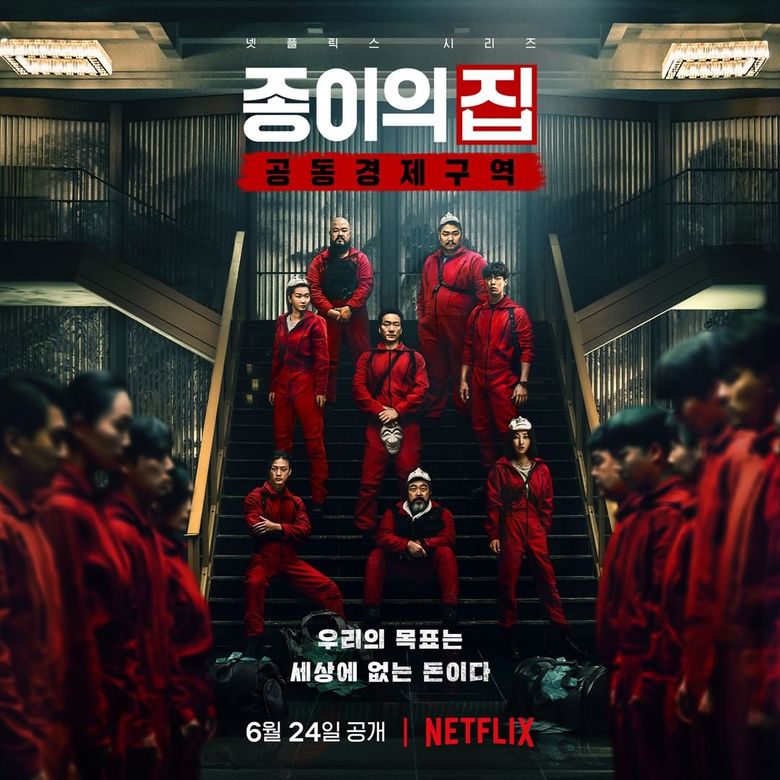 ‘Mamma Mia’: My My, How Could We Resist ABBA?